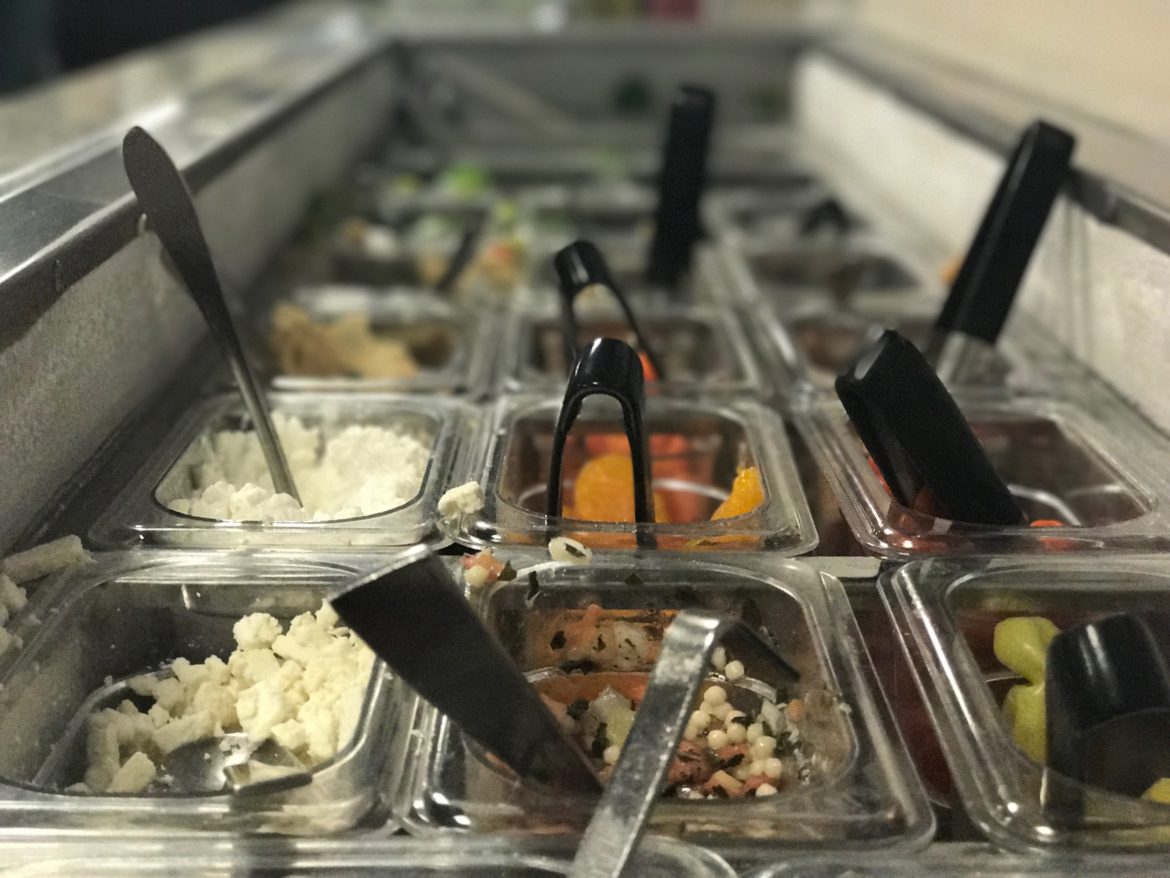 The way children eat is often reflected by the way their parents eat and the habits they instill in them. Eating habits occur at home and generally start at a young age. Poor eating habits tend to come from households where there is little education of nutrition or a lack of parent involvement, according to Laura Haskel, a registered dietitian who works at Sparrow Hospital in Lansing, as well as Henry Ford Allegiance Health in Jackson, Michigan.

Finding the time to prepare healthy meals for your children is not so simple when life gets in the way. For Scott Butzen, giving his sons the right type of food is difficult at times.

“Mornings can be hectic when we have to go to work and leave the kids with a babysitter. Sometimes you just have to settle with cereal or a Pop-Tart in the morning,” said Butzen.

Even though there are plenty of parents who help create healthy habits in their children at a young age, the question is do these habits stay with their children into their early adult life? Kelci Henson-Forslund, a sophomore at Michigan State University, said she has been a vegetarian all her life, thanks to her parents.

“My parents are both vegetarians, and so I was raised eating a vegetarian diet. At a young age I think I knew more about where meat came from than other kids and I knew I didn’t want to eat an animal that had been killed,” said Henson-Forslund. “I don’t know what it would be like if my parents hadn’t raised me as a vegetarian. I think being a vegetarian is part of my identity because I grew up this way–it’s who I am.”

Michigan State University College of Human Medicine public health researcher Rick Sadler said that a lot of what a child-turned-adult winds up doing is ingrained in who they are.

“Kids sometimes internalize the things they learn from their parents. I certainly wouldn’t discount the importance of parents teaching their kids to eat healthy, especially since your habit as a child has huge ramifications for your lifelong health,” said Sadler.

According to Haskel, there is no answer to whether or not eating habits will stick with children throughout their lives. Rather, it is simply based off the personality of the person.

“Everything I learned in school makes me want to say ‘yes, those habits will continue on in their life.’ However, I have witnessed people who have eaten healthy their whole lives and then they get on their own and eat terribly, and vice versa,” said Haskel. “It really just depends on the person and what they choose is best for them.”

Emmy Zaatar, a senior at Michigan State University said that her mother raised her on an all-natural, all-organic diet. When Zaatar got to college she said she rebelled and decided to eat whatever she wanted.

“I really didn’t understand eating all-natural. I didn’t want to eat that way when I got to school because I wanted to eat what I wanted, but by the end of my sophomore year I decided to go back to eating all-natural to be healthier,” said Zaatar. “I think my diet definitely embodies me as a person. Eating this way makes me energized and makes me feel positive.” Haskel said that if parents want to start creating better eating habits for their children, it should be done slowly and gradually. If parents take away too many things, it will become overwhelming for the child and will make them resent the healthier options.

“It isn’t always about eating healthy all the time. If you substitute one bad thing for one good item at just one meal a day, that can make a huge difference. It all takes time,” said Haskel.