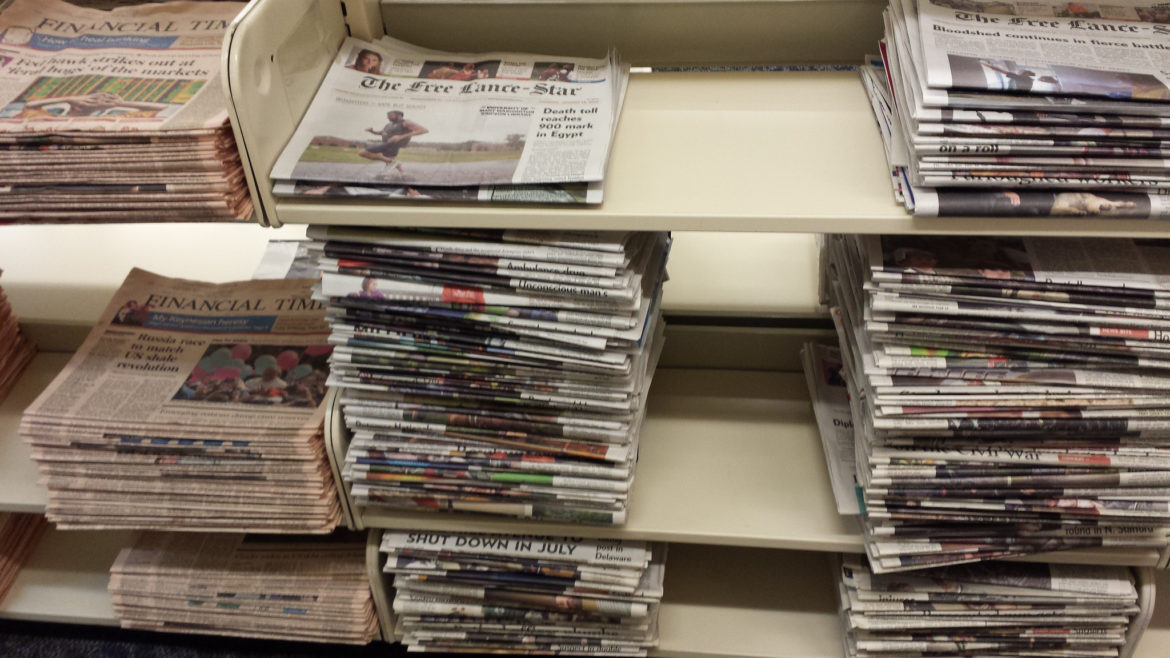 Does the ban threaten journalists’ First Amendment rights?
Lynn Walsh, national president for the Society of Professional Journalists, said the White House barring certain media outlets is an example of the government infringing on the freedom of the press.

“It says to journalists that if you say something we don’t like, we will bar you,” Walsh said. “It goes against what the free press has been in this country for years and years.”

According to the Washington Post, White House press secretary Sean Spicer said the ban of certain media wasn’t meant to block access to reporters who find flaws within the Trump administration. The Washington Post reported that the ban occurred shortly after President Donald Trump criticized the press at the Conservative Political Action Conference.

Howard Bossen, an assistant professor of journalism at Michigan State University, said the behavior of the Trump administration is contrary to the freedom of the press.

Lisa McGraw, public affairs manager of the Michigan Press Association, said the barring of certain media outlets is not a good way to promote democracy.

“It’s picking reporters who are favorable toward the administration, which isn’t going to provide balanced coverage,” McGraw said. “Picking Breitbart over The New York Times or CNN is going to erode the coverage to the point where it’s just favorable.”

Bossen said Spicer brought people into the White House briefing that would not have been thought of as legitimate journalistic outlets in the past.

“Breitbart is basically a right-wing propaganda machine,” Bossen said. “It’s not what we think of as a legitimate news organization.”

McGraw said that a journalist’s job is to be a watchdog, not a PR machine for an administration.

Rachel Mourao, also an assistant professor of journalism at Michigan State University, said the briefing wasn’t an official conference, but rather a private conversation with a small pool of participants.

“Technically that is not an infringement on the First Amendment,” Mourao said. “The press secretary can technically do that for the non-televised events.”

How does the situation differ from other press briefings?
According to Walsh, Spicer broke tradition when he expanded the pool to only certain publications, especially when he excluded primary national news organizations that Americans rely on for information.

Mourao said the relationship between the White House and journalism has been shaken.

“What is happening right now is that the White House is breaking protocols, longstanding agreements that were not by law,” Mourao said. “There were no laws that guaranteed access for all outlets to the press secretary whenever they want. But this has been a tradition in American journalism.”

How does the situation affect journalists?
Mourao said she would be more concerned if the press was too friendly with the White House, because that is what happens to the media in authoritarian regimes.

“The press becomes subsidized by the government and just reports on stories the government wants,” Mourao said. “It’s healthy to have a degree of conflict between the press and the president.”

According to Mourao, some authoritarian governments use the allocation of official advertising as a way to punish and reward journalists. She said this may be the same logic behind the ban.

According to Bossen, the ban of certain media outlets makes it more difficult for people to do their jobs.

Walsh said that ultimately, the ban negatively affects the public the most.

“The downfall is that it is the public that ends up suffering and is left in the dark because it takes me as a journalist longer to get certain information,” Walsh said.