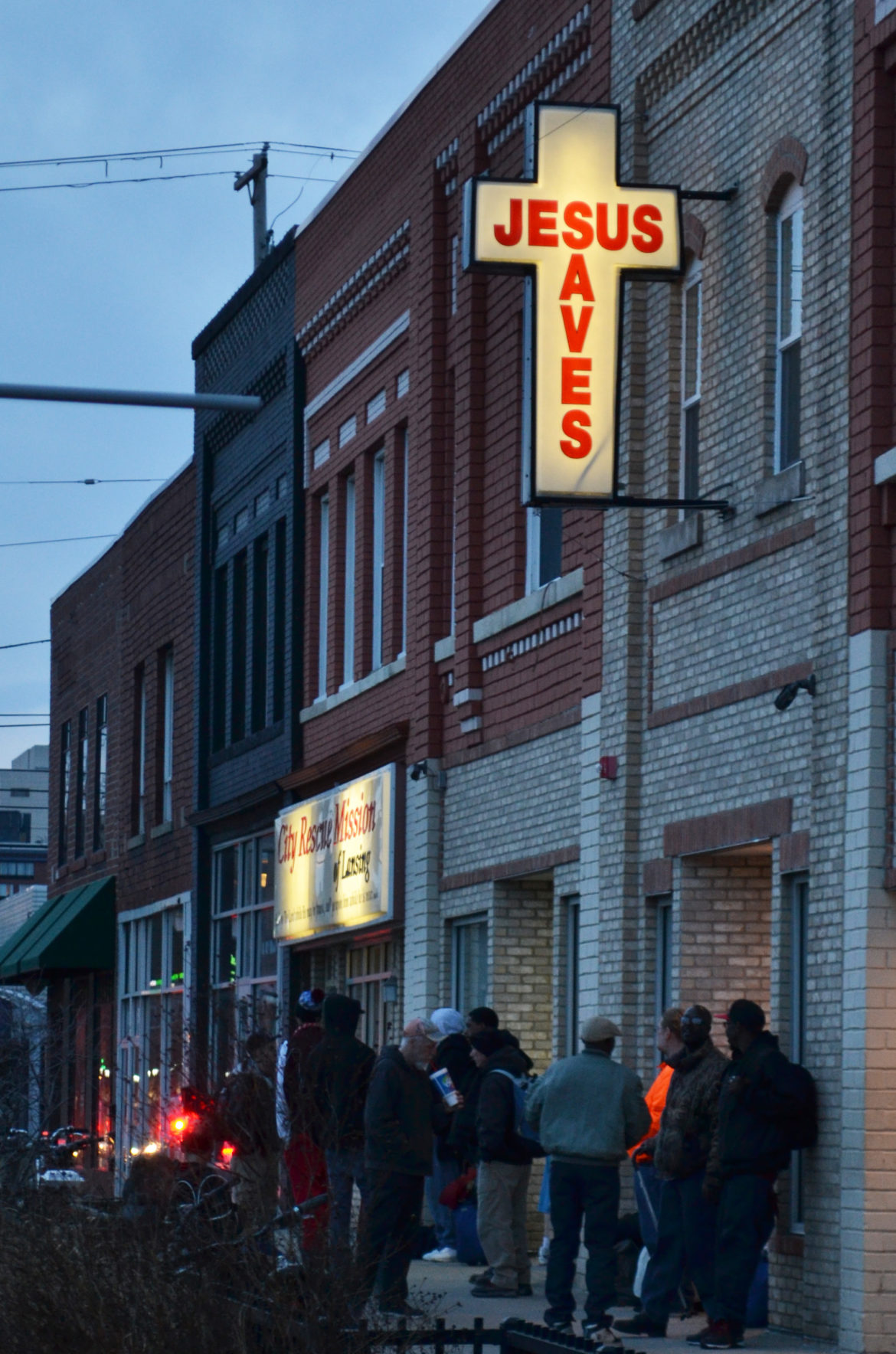 On Feb. 20 2017, a small group begins to gather outside of City Rescue Mission of Lansing.

Sarah Keller became homeless after three months of living in Holt. According to Keller, she moved her family there from Grand Rapids because she received a job offer that she could not pass up.

After working at the job for two months, they let her go because they were making cuts.

“I was devastated. I was not in a contract so they could fire me whenever they wanted but I figured since they came looking for me and offered me the job I had some job security,” Keller said.

Keller and her family had to move to The City Rescue Mission of Lansing for a few weeks until she was able to find another job.

Keller was fortunate enough to have a vehicle to travel to Lansing to find a shelter because there aren’t any in Holt. However, that is not the case for everyone.

Delhi Township manager John Elsinga says that homelessness is not a huge issue in the township so that could be a reason for the lack of shelters. He also says that there is a big difference in population sizes in comparison to Ingham County so it makes sense for there to be more shelters there than in Delhi Township.

June Manning Thomas, a professor in urban planning at Tubman College at the University of Michigan in Ann Arbor says that the majority of homeless shelters are located in big towns and cities so it is no surprise that in small communities like Holt and Delhi Township there are not any.

Thomas also suggested that the nearby shelters purchase vehicles to pick up people in need.

Steve Smith says that when he became homeless while living in Delhi Township he found himself walking 15 miles to get to Haven House in East Lansing because he did not own a car or have money for public transportation.

According to Smith, before deciding to walk he slept on the street for a few days.