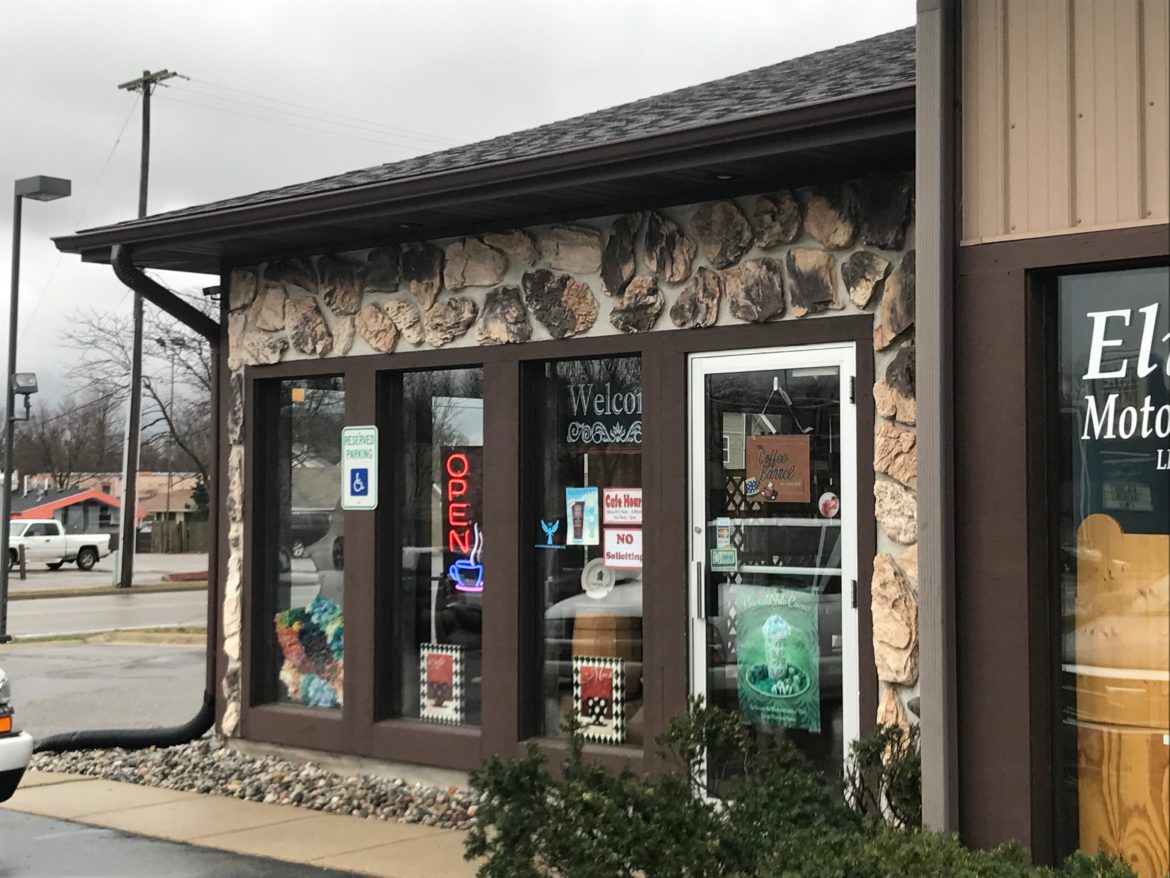 Brian Hernandez strolled into the mostly nondescript office, holding charred and formerly white gloves in his hand. Holding them up for Shawn Brenner to see the holes and the black marks from the roaster, he asks for a new pair.

“Sure,” Brenner said. “Sorry, hey leave one here so it reminds me.”

No questions asked, no grief given. A simple yes. It’s the same kind of yes that was said over a decade ago when the proposition of buying The Coffee Barrel was laid before Brenner and her husband Tim.

Neither knew a thing about the coffee business. Tim was “vehemently against” coffee. Shawn’s furthest foray into coffee was a cup or two on a regular basis. Still, after personally attending to the business’ account, the opportunity to grow the company further was too good to pass up.

And so they said yes.

Yet, after a decade of growing the now the 30-year plus business into an international wholesale supplier of premium coffee beans and products, the same meticulous care that went into building the company is given even to the gloves of the business’ main roaster.

Seventy-five flavors, an international presence and a niche in the one of the world’s most traded commodities, all resides on the corner of Aurelius Road and Cedar Street in a moderate brown building.

Since 1983 The Coffee Barrel has existed as a local coffee wholesale but not always in Holt/Delhi Township. Both Brenner’s purchased the business in 2006 when it was still located in Ocherous. In 2009, the pair moved it to Holt taking it into the space of a former auto display shop which explains the long and many windows that create the outside walls.

The Brenners now owning a coffee shop in a market they knew little of from the crafting end, delved into trying to perfect an already in place system. “We didn’t know how to make coffee drinks,” Amy Brenner, Shawn and Tim Brenner’s daughter said. “We didn’t really know how to run a cafe. My parents went to a coffee shop in Chicago with my older sister and they kind of learned everything there.”

It’s become a quaint stop along Cedar Street and an untrained, unknowing eye would cast it as just another local coffee shop in a world already full of unique shops pining for attention.

The inside is adorned with wood furnishings, hand made signs, two simple shelving units for coffee products, a small coffee bar and only a few tables. But what’s hidden behind the store’s longest wall is it’s calling card.

While the business serves coffee to anyone who stops in much the same as a Starbucks or Biggby Coffee would, the retail aspect makes up only about 40 percent of its operations. The other 60 percent is selling wholesale the beans it roasts on site.

On any given day the business will ship its products to over a hundred locations across the country and even internationally. The U.S. military has even taken them up as well.

“A lot of military addresses, believe me the military loves good coffee,” Brenner said laughing. “They’ll buy five or ten pounds at a time and have it shipped to them.”

In a warehouse styled room lay sacks of coffee from all over the world. Colombia, Costa Rica, Indonesia and Hawaii to name a few. Each sack contains only premium beans.

Shawn Brenner pulls out a couple bags of beans, roasted and unroasted. The unroasted green beans are roughly identical to each other in color, all near-perfectly shaped. These are the premium ones they roast and when roasted produce a practically symmetrical bean.

She then pulls out two other bags of beans labeled below standard and standard beans. They’re discolored and misshapen. They never use them.

“Start with a good bean, always have, always will,” Brenner said confidently. “Never have inferior beans.”

It’s that standard however that’s carried over into every detail as well and kept customers coming in year after year. Though they’ve modernized the business in some aspects, they’ve carried over traditions which have long been a staple.

Among those staples, flavored coffees.

The former owner had experimented with the emerging coffee flavoring market, crafting flavors he dubbed after local Michigan destinations such as Mackinac Island Fudge and Traverse City Black Cherry.

“When we bought the business there were 85 to 100 flavors and we paired it down,” Shawn Brenner said. “Because you can only have chocolate almond so many times. So we paired it down to 75 different flavors.”

Furthermore, they haven’t changed the flavors either, not messing with the consistency that’s carried the business.

The flavored coffee however would be a wash if it weren’t for the uncommon roasting process. And that too has it’s own fastidious nature.

“That’s what makes us pretty unique, there’s only like one or two roasters in the state like ours,” Shawn Brenner said.

The roasting process for The Coffee Barrel is different than most places as it uses a an air roaster instead of a drum roaster found in most other coffee shops.

Drum roasters turn the beans in a big drum allowing the beans to crash against the hot metal of the drum, burning away some of the flavor and dropping bean shavings into the same bin. An air roaster blows the beans around in the air in a chamber where they nick the walls here and there but are not constantly in contact with hot metal because the bean is the source of heat.

Shavings from the bean are also filtered out allowing for the beans to roast without mixing with the shavings.

Furthermore, each bean is roasted differently with different temperatures and different needs. It’s all done mainly, by one man.

“I really enjoy roasting because I’m in my own world when I’m in there,” Hernandez said. “I kind of do whatever I want, make sure it gets done on time and that’s it.”

Hernandez has been working for the company as a roaster for seven years and he’s made nearly every blend. Tim Brenner does some roasting as well though he mainly deals with the Jamaican Blue Mountain beans.

Hernandez might be the secret to the flavor and the aroma behind the coffee that enters each cup. He’s been roasting for so long it’s become second nature.

“I like to think of it most of the time as more like of, because I do it so much, I don’t even think about what I’m doing half the time, it’s more of like a dance,” Hernandez said.

The warehouse area is lined with burlap sacks of coffee and big barrels that hold each roasted bean. Wafting through the company is the aroma of the fresh roasted coffee. It’s a simple process for the coffee to get to a cup.

Once out of the burlap sack, through the roaster and into a vacuum sealed bag, it’s ready for consumption. But part of the allure of The Coffee Barrel is not just the coffee but the service.

“The baristas, they’re very friendly,” Tim Westrate, an MSU College of Law student said of his experiences. “And it’s quieter than some of the other coffee shops around here.”

Grace Herberth, one of the baristas, has been working at The Coffee Barrel for just under a year and she’s become known for going out of her way for the customers.

The Coffee Barrel in turn has provided an open mic night, a spot for events and charity gatherings and even a wedding one time.

“Holt is a great community to begin with,” Shawn Brenner said. “They welcomed us with open arms.”