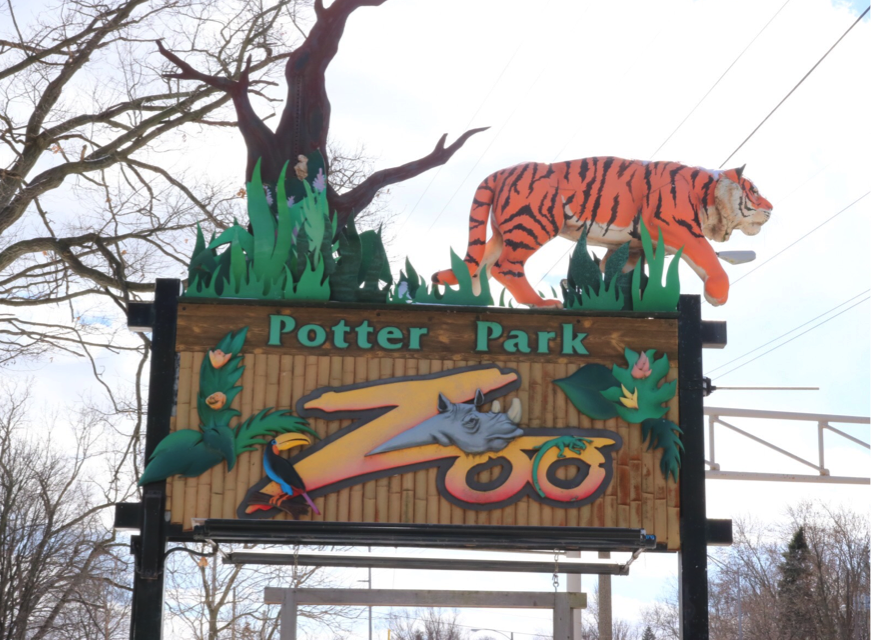 Jill Garnett, an employee of the Potter Park Zoo in Lansing, has a passion for her job. Garnett works and volunteers at the zoo and helps with the children’s Wildlife Education Program. All of this would not be possible without the funding that the zoo receives to keep it going.

The five-year millage that gives funding to the Potter Park Zoo was approved once again in the November 2016 election. This millage gives tax dollars from Ingham County to the zoo to help with operations, maintenance and improvements. According to the millage renewal question on the election ballot, within the first year, it will raise almost $2.8 million.

Professor at Michigan State University and expert in economic development Laura Anne Reese said that the zoo increases tourism, which spreads to other places such as shops and restaurants.

“Research has found a strong correlation between local spending for amenities such as parks and zoos and economic health,” Reese said. “The rationale here is that the city becomes a more attractive place for people to locate (particularly families which are an economic driver) and for businesses that want a nice place for their employees to live.”

Since the transferring of the first animals to the zoo in 1920, it has attracted not only Lansing and Ingham County residents, but people from all over the state.

Director of the Potter Park Zoo Cynthia Wagner said that the zoo was owned and operated by the city of Lansing until 2006 when it was taken over by Ingham County. The first millage to give funds to the zoo was passed in November 2006. A few of the 500 individual animals the Potter Park Zoo houses.

Ingham County Commissioner Ryan Sebolt said that the millage has provided a steady source of operational funding and has provided stability to help the zoo make some of the changes it needed.

With over 160 species of animals, the Potter Park Zoo has much to offer to visitors. The millage allowed the zoo to put a moose exhibit in place last year. Wagner said that this summer they will also be introducing a few new animals.

Garnett said that she has seen what the millage has done in terms of being able to provide more. There are events such as Party For the Planet to celebrate Earth Day in April, and Wine and Stein, an after hours beer and wine tasting in May. The zoo also offers Wildlife Education, where kids can get hands on learning experience.

The millage in the November 2016 election passed with 76.5 percent of voters who voted yes while 23.5 percent voted no. The introduction of new animals, maintenance and events are possible because of the funding that the millage provides the zoo with. Katie Benghauser lives near the zoo and voted for the millage in the past election. Benghauser used to take her kids to the zoo during the winter and pull them around on a sled while looking at all the animals. Benghauser said that as a homeowner, it’s not a lot to ask to give a little extra money to the zoo to help keep it open.

Sebolt said that the zoo would revert back to the city’s operation if the millage does not pass.

“Obviously without the millage funding to help support it, the county wide millage, given budget constraints in the city, it would be difficult to see how the zoo would remain open if the millage would have failed to pass,” Sebolt said.

However, with the large percent of people voting for the millage, there are hopes that funding will continue to go towards the Potter Park Zoo in future years.

“We have been lucky that the voters have supported us in that,” Ingham County Commissioner Bryan Crenshaw said.