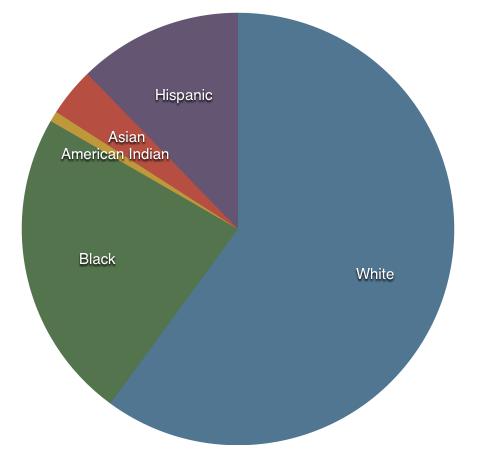 Lansing has a diverse population, with over 12% of people being Hispanic or Latino. The Lansing City Council meets in front of hundreds of citizens on Monday, Feb. 27, 2017. The council has yet to make a decision as to whether Lansing will or will not be a sanctuary city.

As the Lansing City Council debates whether the city should or should not become a safe haven for undocumented immigrants, the Trump Administration has threatened to take away federal funding from cities that declare themselves as “sanctuary” cities. In addition, there is a bill pending within the Michigan State Legislature that would withhold state funds from governments that don’t follow federal immigration laws.

If there is a risk that the City of Lansing could lose federal and state funds because of its decision to become a sanctuary city, would the Lansing School District suffer as well?

In a city where 12.5 percent of the population is Hispanic or Latino, and 7.9 percent of people are foreign-born, that’s definitely a concern, said Seth Kalis, an organizer for the Lansing Chapter of By Any Means Necessary (BAMN)m, a civil rights group supporting sanctuary city stays for Lansing. Lansing has a diverse population, with over 12% of people being Hispanic or Latino.

But Kristi Bowman, vice dean for academic affairs in the Michigan State University College of Law, says that the Lansing School District might not feel immediate impact when it comes to the decision.

Even though the federal and state governments have threatened to pull funding from cities that declare themselves as sanctuary cities, Kalis feels that won’t last.

“I don’t think it’s constitutional … in fact I know it’s not constitutional,” Kalis said. “That won’t stand in federal court, and let’s face it, that will probably be dealt somewhere else before it gets to Lansing.”

At the grand opening of the Lansing School District’s new Welcome Center last month, Superintendent Yvonne Caamal Canul boasted about the diversity within the district, and said that she was very proud of that.

“We have students from South Cedar to South Asia,” Caamal Canul said. “From North Larch to North Mongolia. We’re very proud to have such a diverse student body within the Lansing School District, and we don’t want that to change.”

If Lansing does become a sanctuary city, there could be an increase in the population of Hispanics and Latinos, which would also affect the funding that the Lansing School District would receive. Bowman says that might not necessarily be a bad thing.

“Schools are funded mainly on a per-capita basis from the state, so if there’s a higher number of students in the district, then there will be more funding from the state,” Bowman says. “If more immigrants were to move to the area, then the enrollment in the district could increase…so that would actually give the school district more money to work with.”

The City Council’s decision to make Lansing a sanctuary city might not be made for a while, as City Council President Patricia Spitzley said that the council will wait and see what is done at the federal and state levels before they make any decision.

Still, Kalis says that he and his colleagues won’t give up until the right decision is made.

“We’re still going to show up and make sure our voices are heard,” Kalis said. “The City Council can’t let themselves be bullied by the Trump Administration into doing what isn’t right.”