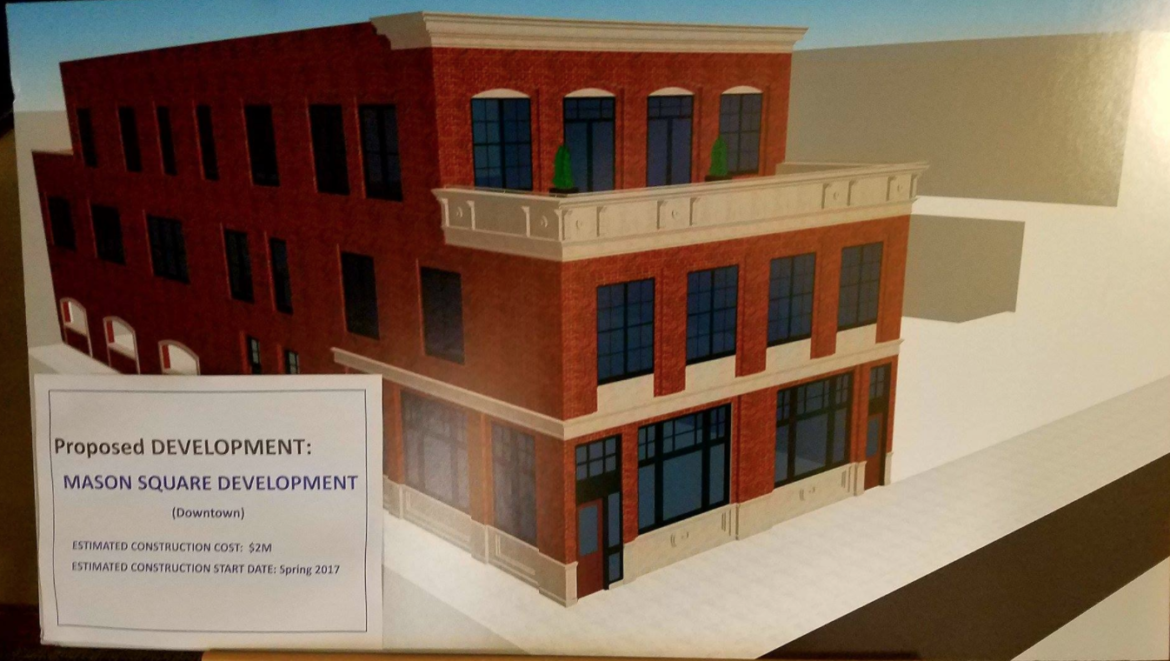 The proposed development illustrations for the restaurant and apartments. The proposed development illustrations for the restaurant and apartments.

The Root building at 160 E. Ash St. and the vacant lot next door in downtown Mason are in the process of being replaced with a restaurant and six apartments. The vacant lot next to 160 E. Ash St. where the new structure would be.

John and Mary Kelsey, owners of the building and lot, proposed the idea to the Historic District Commision on Aug. 26, 2016. It was approved unanimously. The estimated start date of the project is this spring.

“Spring of 2017 is the best-case scenario,” said David Haywood, zoning and development director in Mason. “We’ve had some problems. There’s a lot of federal requirements to get through. Small ideas are always big jobs.” The Root building at 160 E. Ash St. where the new structure would be.

“I’m surprised we don’t have a high-caliber restaurants in Mason already,” said Kerry Adams, administrative assistant for the Chamber of Commerce in Mason. “It would add activity and vibrancy to the community. I am in full support of it.”

The steps above can and will be done concurrently.

“It’s a lengthy project,” said Haywood. “I don’t see any problems with it going through. I encourage these projects when they come along. It would be great for the community.”

If successful, the DDA collects the taxes off the $2 million used for the project. The taxes go towards local businesses, shoppers and value into downtown Mason.

“It’s an exciting project,” said city clerk, Deborah Cwiertniewicz. “This is the kind of growth that needs to happen in Mason.”