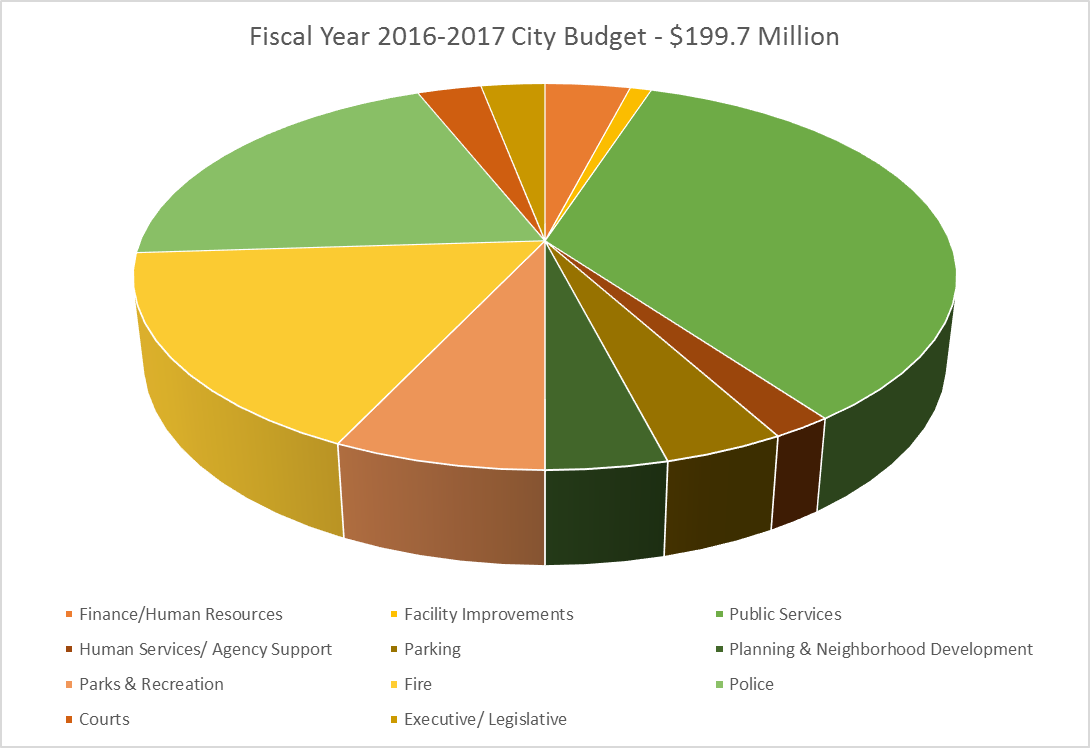 Public safety gets over $70,000,000 of funding for both the fire and police department; and public works gets a little under the same amount for roads, sewers and recycling.

In the 2016-2017 fiscal year, the city of Lansing budget had a total of $199.7 million dollars to spread out throughout several different departments. “I find it very ironic that funding to repair roads gets over $18 million, like you said. With so many potholes and unfinished roads in not only Lansing, but throughout the state of Michigan, I find the amount alone crazy. Makes me think where that money is actually going,” Johnson said.

The city council alone has a $675,800 amount of general funding during this current year. Cuts to any type of city money can easily affect neighborhood outreach programs, schools, parks and recreation facilities and more. With all that in mind are residents in Lansing even aware of their city’s budget?

“Working in a bank, plenty of the people don’t even known what goes into making a budget of their own,” former Chase banker, Jim Cheny said. “Lansing’s budget really can affect everyday lives of the residents potentially, but I seriously doubt that many know the severity of the situation.”

The city of Lansing not only shows the money they plan of spending, but also the money they plan on bringing in during the year. The money in the budget comes from various places throughout the city, 31 percent is money allocated from property taxes paid by the home and business owners in Lansing.

There are many aspects to a city’s, state’s and nation’s budget plan for the fiscal year, which usually ends in June. In Lansing the fiscal year starts July 1 and ends June 30 of the following year. With budgets constantly changing and money becoming scarce, the budget can easily affect all and any residents of Lansing.