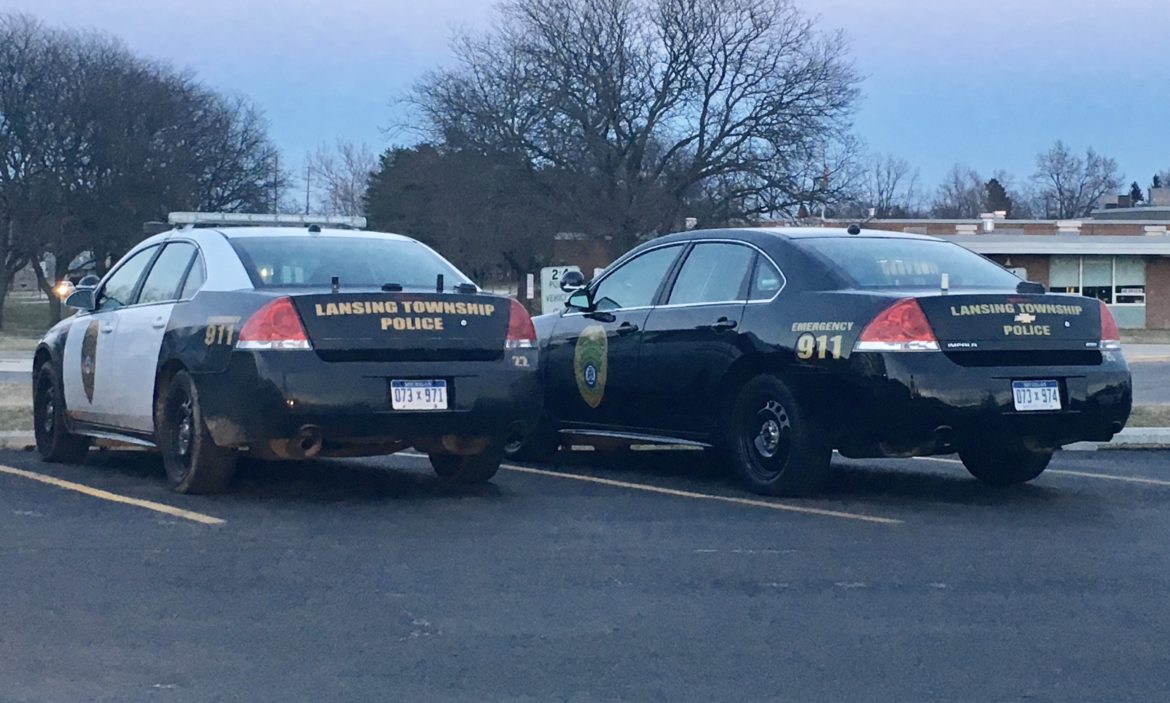 Like the other first responders in the greater-Lansing area, Lansing Township Police Officer Matt Birr’s daily routine is different from others in his field of work.

The 10-year veteran can spend his 12-hour shift doing a number of things; from patrolling the morning traffic at Waverly East Intermediate School and other surrounding areas in the township, or handling penny thefts and other reports of mischievous behavior to intervening with calls about domestic abuse.

“The days tend to go by pretty fast,” Birr said.

And due to the fragmentation of Lansing Township, many of the station’s calls from the dispatch center aren’t actually cases where the Lansing Township Police Department has jurisdiction.

The east and west sides of the township sandwich the city of Lansing, and the township is just blocks away from Clinton and Eaton counties. Police officers and firefighters can be sent into the neighboring communities in emergencies because they’re closer to the location of the incident.

First responders from Delta Township, DeWitt Township, or Lansing can also arrive at a scene in Lansing Township if need be.

“Quite often you can respond to calls in your area, or in a neighboring jurisdiction,” Birr said. “Like the city of Lansing, Eaton county, where you’re helping your fellow officers out or they’re helping you out … You’re going to go over there and help him out at least until someone in his area shows up and takes over things. You always kind of look out for each other.”

Officers from the Michigan State University Police Department can also arrive at calls on the east side of the township, and vice versa.

“MSU is another department we work closely with and do a lot of work with,” Birr said.

According to Phillip Schertzing, an instructor, and director of the MSU Global Community Security Institute and expert in emergency management and response in the school of Criminal Justice, the practice of sharing first responders between local municipalities has been commonplace for years.

Although Lansing Township’s distinct shape is a part of the reason for the share, there are other local governments within the state of Michigan with similar setups.

“One of the most distinct things about Lansing Township is its configuration,” Schertzing said. “It’s a unique shape. The closest comparison I use is Brownstown Township in downriver Detroit.

Schertzing also said talk of combining smaller municipalities’ first response units with a larger nearby cities’ is also a common practice — but the possibility of a combined Lansing-Lansing Township task force is slim.

“(Lansing Township) still has their own fire department,” Schertzing said. “There has been talk in recent years in the fire service in combining Lansing Township and Lansing in some fashion. And there have probably been talks over the years of creating somewhat of a metropolitan police.”

“But famously, there are times where Lansing and Lansing Township get along, and times they get in a feud over jurisdictional issues and sovereignty of the township, and revenue and losing control and losing their collective identity. Sometimes those feuds surface, as they did a wee bit in the talks of merging the fire services.”

At the end of the day, however, any feud over a merge is squandered over the camaraderie first responders bond over because of their line of work.

Birr said when an officer needs backup directing traffic after a crash, or assistance is needed when dealing with any other incident every officer has each other’s back when they are called upon.

“You’re going to go over there and help him out at least until someone in his area shows up and takes over things,” Birr said. “You always kind of look out for each other.”