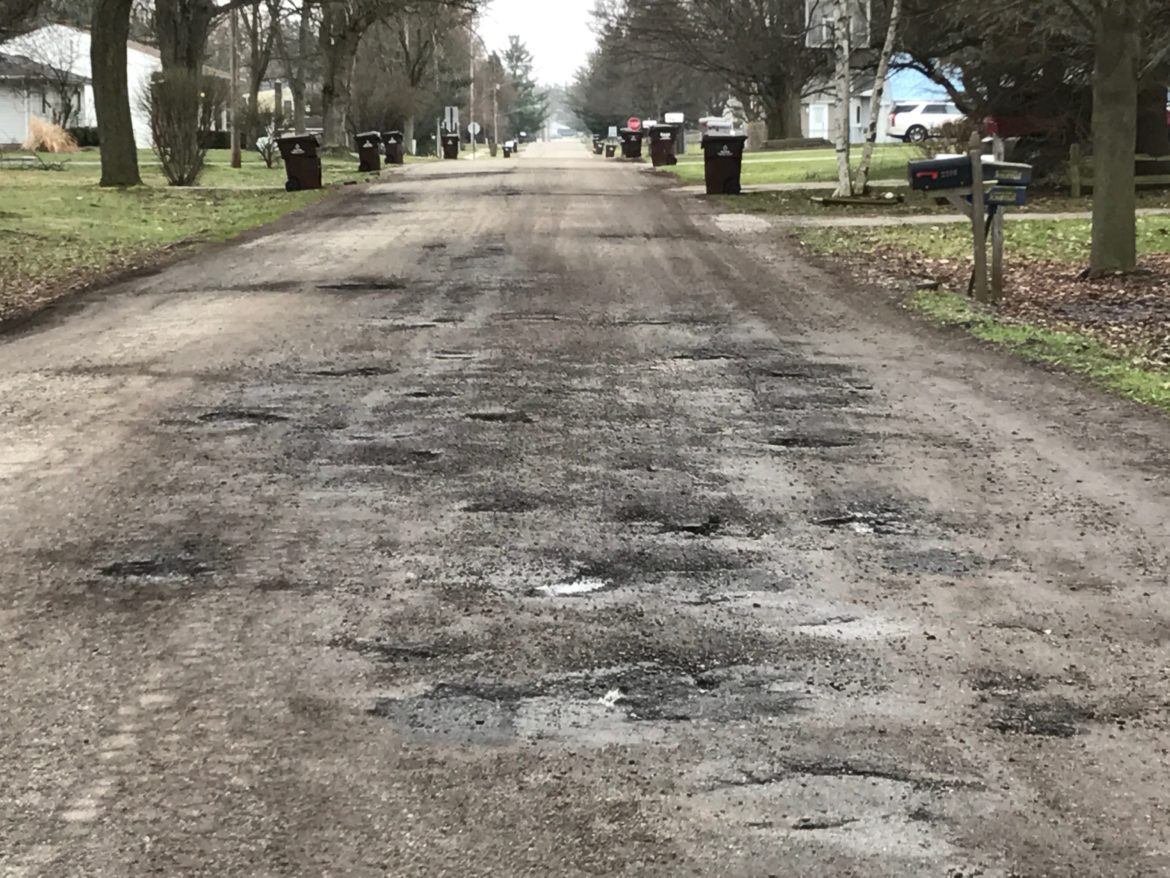 In an attempt to add its collective voice to a growing chorus of discontent, the Delhi Township Board of Trustees passed a resolution petitioning the Michigan Legislature to devise a long-term solution to crumbling roads in Michigan communities.

“Delhi Charter Township Board of Trustees strongly urges the Governor and Legislature to recommit to prioritizing the development of a comprehensive, long-term road and infrastructure solution that will improve the economic pressures on citizens and local communities, as well as provide safer conditions for travelers and residents,” the resolution stated.

After downturns in the economy caused by the Great Recession, property values declined. With lower property values, fewer taxes became available for the state. In turn, it decreased the amount of revenue taken in by the state.

Lower overall revenue translated to slashing money available for revenue sharing to local communities for improvements and other functions such as road repair.

“Really with all the cuts they’ve made to revenue sharing, the money we used to get now from the state has just been cut dramatically,” Delhi Township Clerk Evan Hope said. “We’ve lost millions over the last decade.”

Delhi Township and Holt however, cannot do road repair on its own. The repairs are dealt with by Ingham County which also lost money during revenue sharing cuts.

“Not even the county roads are being touched,” Hope said adding Ingham County, therefore cannot focus on crumbling side streets. Furthermore, the state has focused on state-owned roads such as highways and bridges which have also been neglected over the years.

“We never really had jurisdiction over the roads anyway, it’s the county,” Hope said. “But with more money, we were able to contribute to those subdivisions and local roads.”

Now residents in subdivisions and neighborhoods seeking relief and funding for cratered roads are assessed the full value of the repairs whereas the township used to be able to fund up to half of the cost.

The worth of fixing the local roads, however, depends on which residents are asked. Some asserted the roads were in awful condition and that they were disgusted with the state legislature. Others expressed that possibly the roads weren’t so bad.

“They’re a little rough,” Holt resident Michelle Jenkins admitted but added the sentiment of needing something to be done now was a “Catch-22.”

Holt resident Fran Roth said she didn’t see any roads near her end of down that seemed bad enough to be fixed.

“I don’t find, where I live, anything too seriously wrong,” Roth said.

When given an example she said those roads “must be ones I don’t travel.”

The resolution further criticized the legislature, stating it had “long neglected having a comprehensive, long-term solution” while adding despite recent efforts, most Michigan roads would be “listed in poor condition by 2021.”

Delhi Township’s hands are tied however when it comes to receiving more state funding and working on infrastructure improvements. Much of the process will have to do with the economy and efforts such as this resolution, in hopes that the state will respond.

“It probably won’t make a huge difference,” Hope said. “I think our representatives are on our side of this but right now they’re in the minority.”