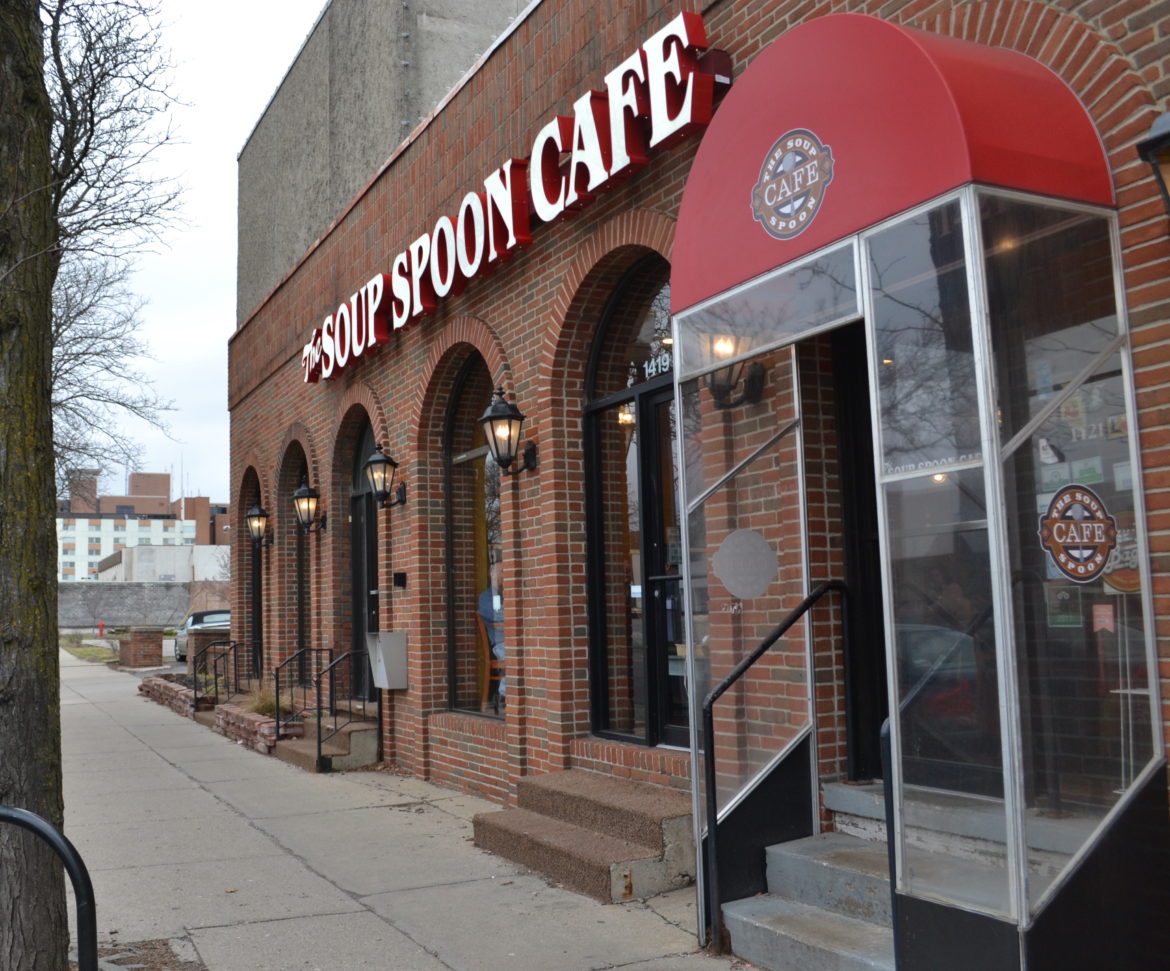 Whether it be for a locally brewed beer, a leisurely brunch or just a quick trip through a drive-thru, Lansing accommodates restaurant enthusiasts.

Local favorites like The Soup Spoon Café located on 1419 E. Michigan Ave., offer the area a casual fine dining experience with an extensive menu of brunch, breakfast, lunch, dinner and a variety of drink options. Manager at The Soup Spoon Café Angela Mills says that restaurant began about 10 years ago in just the center room of the restaurant. Now, the dinning experience has expanded onto the west and east sides of the original venue, offering more space throughout three distinct rooms.

Mills says the popularity of The Soup Spoon Café comes from the relationship they have built with the surrounding population. One way the menu stays involved with the community is through offering a rotating selection of craft beers from all over the state.

Additionally, he says customer loyalty comes down to expectations and many times those expectations can change or they vary from individual to individual. This is one of the many reasons it is often difficult to maintain a successful restaurant. “If you have a compelling product, a compelling reason to get people in the door, it has to be something that is different enough that somebody wants to try it out,” Elsworth said. “The reason that franchises and chains are so popular is because everybody knows what to expect. I can go in there and I know of that place before, or I’ve been to that place before in another city, or maybe there is another one on the other side of town. That’s the formula that works.”

Director of Marketing and Communications for Lansing Regional Chamber of Commerce Eric Dimoff says Lansing is a pretty business-friendly region regardless of restaurant turnover here and there.

Dimoff says that Lansing has always been a manufacturing town but in the last 20 to 30 years has seen a shift in business towards insurance and information technology.

“The restaurant and craft beer industry in Lansing has really kind of taken off here in the past four to five years with Lansing Brewing Company and a few of the other brewers around the area,” Dimoff said. “There has kind of been a wide range of restaurants and you know, kind of local watering hole

s that have really popped up as well.”

With the expansion of the food industry comes the need for more employees. According to the National Restaurant Association there will be 435,000 restaurant and foodservice jobs in Michigan in 2017. That is 10 percent of the employment in the state.

Associate Professor at the University of Guelph and expert in restaurant revenue management and food value chains Mike von Massow says that the restaurant industry is important in terms of not only feeding people but providing jobs and economic activity in local areas.

With poverty rates in Lansing well above national average, creating jobs can be significant. It is estimated that $15.9 billion projected sales in the state’s restaurants will take place in 2017.

However, von Massow says that generally, restaurants are a relatively low margin business.

Although local dining has seen a growth in Lansing in the past four to five years, a newer development trend has begun; multi-use apartment complexes that incorporate housing and room for additional businesses. With many large, multi-use buildings being developed in the area, according to Dimoff, there is more room to house businesses and residents that can visit those businesses.

“I think Lansing is definitely in a great position,” Dimoff said. “That is something we are really promoting here at the chamber. Lansing is great place to live, work and thrive.”

Remi Monaghan, a student at Michigan State University says she has always liked going into Lansing for the restaurants because the city offers a change of scenery from campus life. She compares it to how many people from the Detroit suburbs go into downtown Detroit for dinner.

“I think specifically Soup Spoon is very special to the Lansing area because there are no other restaurants like it,” Monaghan said.

According to the National Restaurant Association, there were 16,110 eating and drinking place locations in the state of Michigan in 2015.