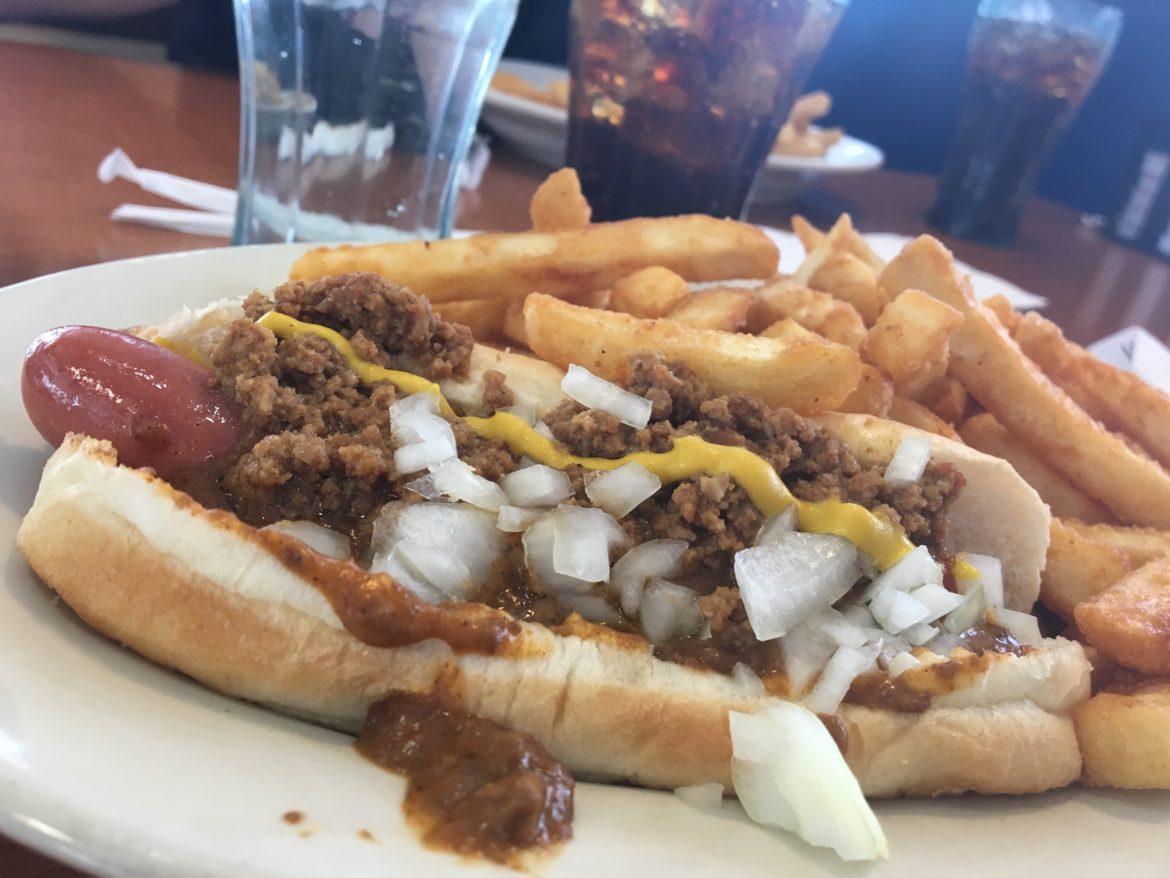 A coney dog and fries may be a tasty option, but it certainly is not a healthy one. Photo: Austin Short

America, land of the free to eat what you want, home of the gluttonous.

Eating healthy is something most Americans strive to do. It is also considered a feat that is easier said than done here in the United States where fast food options are prevalent and easily accessible. If Americans struggle to eat healthy, how would someone from the other side of the planet fare in finding healthy food options like the ones they are accustomed to in their homeland?

That is exactly what Nataree Leelapatree, an international student from Thailand who attends Michigan State, had to do five years ago when she first came to the United States.

“In Thailand I could eat a lot but it was okay because the food over there doesn’t contain a lot of carbs and cheese or milk. So it’s less cholesterol,” said Leelapatree.“I think that’s why over there I d on’t have to think about what I eat.”

“I come back (from Thailand) and my friends are like ‘Oh my God you got skinnier and you’re so tan.’ That’s what everyone always says. And when I go home from here my family is like have you been eating a lot,” Leelapatree said.

Julia Hormes, an assistant professor of psychology at the University at Albany who specializes in eating habits, points toward the “on the go” culture of Americans as a contributing factor to our plump stature.

“High obesity rates in the U.S. are typically attributed to the ‘obesogenic environment’ – easy access to large portions of calorically dense foods without having to expend much energy via physical activity. We value convenience, for example being able to drive everywhere or taking the elevator instead of the stairs, whereas other countries engage in more ‘lifestyle activity,’ like walking or riding bikes to work,” Hormes said.

Instead of expending energy to go and retrieve food, Americans can just hop into their cars and go through the drive-thru of Taco Bell.

Another cause of high American obesity rates is the lack of a concrete “American diet” identity. The United States is the melting pot of the world and prides itself on that asset, but when it comes to our dietary habits it could be a detriment. A coney dog and fries may be a tasty option, but it certainly is not a healthy one. Photo: Austin Short

“There are also some who suggest that the U.S. lacks a clear ‘food culture’ due to the mix of culinary influences that come from different immigrant groups, which may leave us without a template of how to eat healthy. In other words, in most countries outside the U.S., eating the same way your grandparents did is usually a good model to follow for a healthy diet. Not having that kind of ‘traditional diet’ may leave Americans more vulnerable to too much of foods high in fat, sugar, calories, etc.,” Hormes explained.

“For me, Buffalo Wild Wings is my favorite American food,” Leelapatree said.

This is another example of the lack of identity with American food culture. Instead of cooking a delicious and nutritious meal, we tend to go out to eat more, which is also a habit that even immigrants pick up when they move stateside.

“Studies show that as immigrants come to the United States they start to adopt American eating habits and as a result tend to be at greater risk for obesity, Type 2 diabetes and other heart disease,” Hormes said.

To avoid such complications Leelapatree has tried to stick to the diet she maintained in Thailand. There is enough demand for these specialty foods that there are certain places specifically designed to cater to the different cultures of the world, including Asian.

“I go to Oriental Market like every two weeks. My roommate and I go to Meijer first and then she will take me to Oriental Market so we can get supplies that are from my country,” Leelapatree said. “It doesn’t mean I don’t like American food even though I know it’s not the best for me. I’m not afraid to eat it, but I usually try to avoid it and cook at home. Cook a lot of rice. Every day.” She has even gotten her roommate to pick up on some of these dietary habits.

“I really love Thai food, it’s a little spicy but I’ve gotten used to the spice a little bit,” said Kelsey West, Michigan State junior. “I can’t say it’s like my favorite food but it’s different than the food here because it is a little bit lighter. Especially in Thailand the portion sizes are smaller and in America in general the portion sizes are pretty big and our food definitely contains a lot more carbs, fats and sugars.”

Immediately after I talked to the girls, Leelapatree asked, “Can we go to Taco Bell now?” The temptation and convenience won out once again.