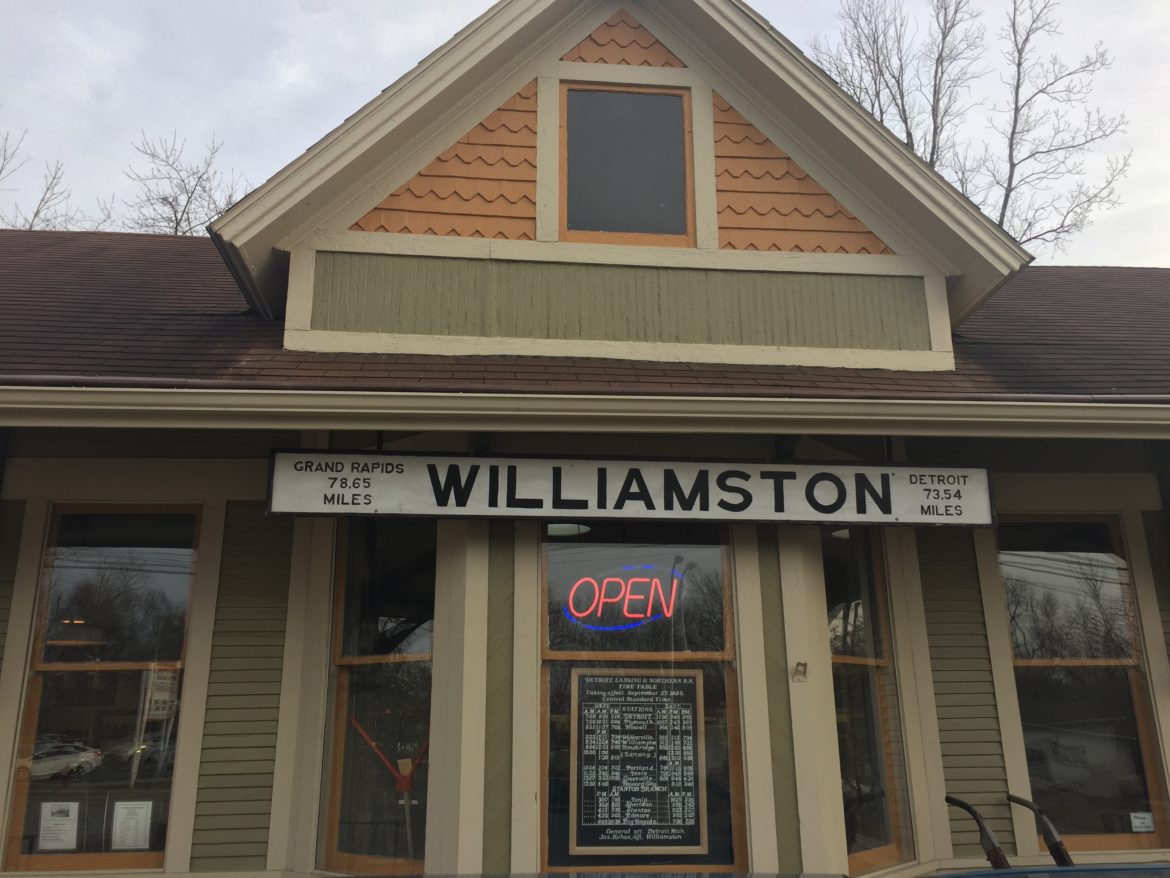 The front of the Williamston Depot Museum located at 369 W. Grand River Ave. The front of the Williamston Depot Museum located at 369 W. Grand River Ave.

Andy Andersen is passionate about the history of the city of Williamston.

Andersen, a member of the board of directors for the Williamston Depot Museum, said, “Understanding the history of this place gives people a better idea of who they are and where they fit.”

The city of Williamston is a small town, with a population of just under 4,000. This makes it unique that a town of this size would have it’s own museum.

“(The museum is) dedicated to preserving and explaining the history of Williamston, the area and it’s citizens,” Andersen said.

The museum is located at 369 W. Grand River Ave. in the old depot building that used to serve as a primary meeting place for business and social activities from roughly 1871-1963.

According to the museum’s website, the depot used to be located next to the train tracks but was moved to the land it is on now in 1979 as a preservation effort. It has survived efforts to demolish it, an overland move, and a massive restoration project.

The museum consist of two permanent exhibits, as well as a series of alternating temporary exhibits. The second permanent exhibit is a display from the American Legion about the sacrifices made by the citizens of Williamston in times of war.

Most of the displays are filled with artifacts donated by Williamston citizens, Andersen said.

“A lot of times people will just drop stuff off at the museum,” said Jane Johnson, the treasurer for the museum’s board of directors.“Other times someone will die and people will be cleaning out a house and they find stuff that is related to Williamston and they’ll maybe call a board member or they’ll just come to the museum and drop it off.”

The museum is primarily run by the board of directors, Andersen said.

“We meet once a month, we set an agenda, and then we execute that agenda,” Andersen said.

Despite the hard work of the museum’s board members, some in the Williamston community still have a very limited knowledge of the museum that is located just down the road from downtown Williamston.

“I had no idea that we even had a museum and I’ve lived here for 30 years,” said Matt James, a Williamston resident.

Andersen said that he worries about the younger generations not taking an interest in history.

“They get to be my age and the people who could have told them what happened are gone,” Andersen said.

When you’re from Williamston, you have an extra appreciation for the museum, Andersen said.

“Most of the people who come in here will see stuff that they know. There is a local connection here,” Andersen said.

Andersen has strong feelings regarding the way that history should be shared.

“Some people say that history is just a tale well told,” Andersen said. “I don’t believe that. I think history has to be based on facts and truth. And when you can get a hold on those facts and arrange them in the puzzle the right way, it can lead to satisfaction for the community.”