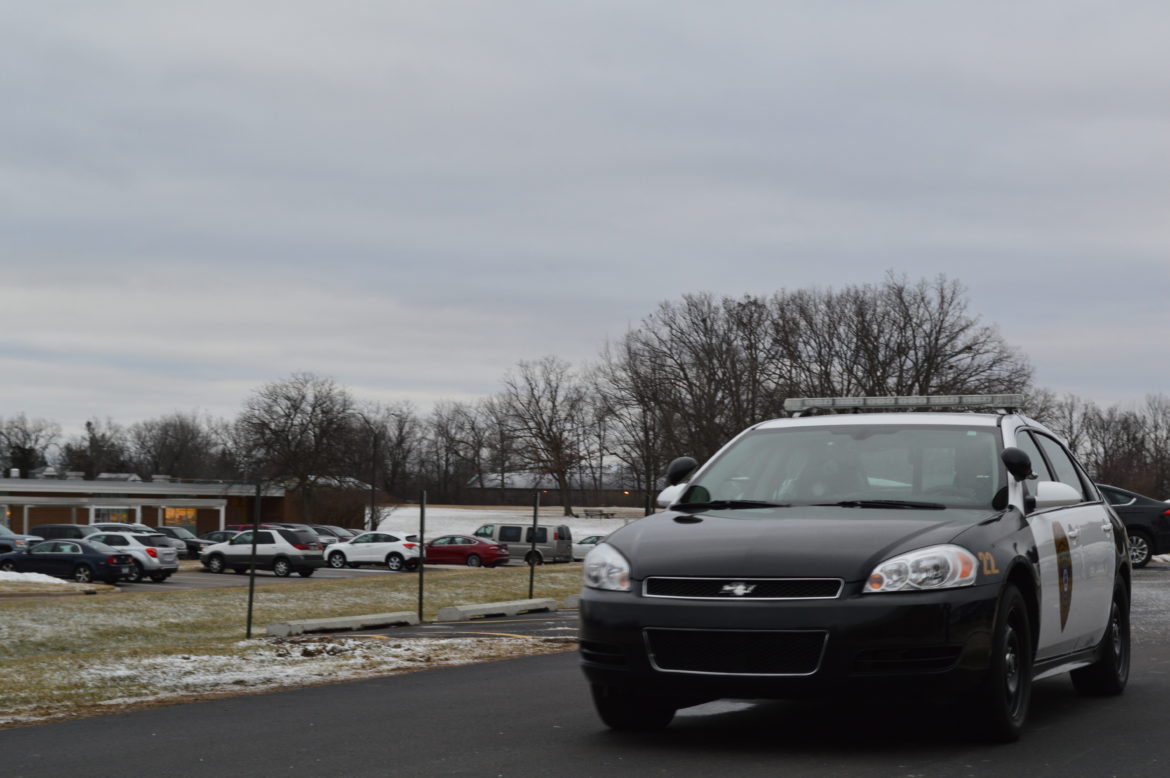 A Lansing Township Police officer begins his early morning shift as he drives away from the police department.

Lansing Township’s public service departments are in a unique situation that hasn’t happened before. A Lansing Township Police officer begins his early morning shift as he drives away from the police department.

Lansing Township Supervisor Diontrae Hayes said recently the township has both a new fire chief and police chief after both predecessors retired.

“Our fire chief (Rick Curry) retired after 34 faithful years, he was a very dedicated servant and he earned his retirement.” Hayes said. “Just like our police chief (Kay Hoffman) who was here for 44 years.”

The ongoing trend of employee longevity is nothing new for Lansing Township.

“One thing about Lansing Township is that we have a lot of continuity,” Hayes said. “People love to work here and they stay here.”

Lansing township also promotes from within its departments, which according to the township’s fire department is traditional for most fire stations.

According to a post in the Lansing Township Fire Department’s Facebook page, current Fire Chief Todd Hendy’s career began as a paid on-call firefighter with the township before he was hired as a full-time firefighter later in 2000.

Hendy isn’t the only new kid on the block though.

Adam Kline has been running the Lansing Township Police Department for only 4 short months, but is already starting to implement new ideas to help improve the community.

“We are making changes in the way we do things with an emphasis on citizen’s interests before our own,” Kline said. “[We are] modernizing our processes to exhibit the mantra.”

Kline’s 29 years experience in law enforcement has helped prepare him for his work within the township, which he feels he can give back to with a unique service plan.

“I like all that the community has to offer and its close proximity to Michigan State University,” Kline said. “I like the people, they are real, hard working, and have real struggles that we can help with. Everyone here has been extremely kind and generous.”

According to the executive director and former spokesperson for the Utah Fraternal Order of Police Ian Adams, law enforcement generally has the option of relative short careers compared to the private sector, with retirements available generally at 20 to 25 years.

“We still see some very long careers at all levels of the profession,” Adams said. “I think this has to do with the high levels of community commitment seen within officers. Public service leaders are the most visible and active members of the government.”

Adams confirmed people in general don’t have face to face interaction with a large portion of their government, but people still know who their police and fire department neighbors are. The Lansing Township Police Department and Fire Department are located right next door to each other, making communication between the two easy.

The community itself is a strong supporter of it’s public service leaders and helps contribute to their many years of service.

Ionia County resident Kerri Russell-Michuad was in a car accident earlier this month and received help from a Lansing Township police officer.

“Today I was in a car accident … I was quite emotional and she helped to make the situation a little easier! Her kindness and help was very much appreciated!” Russell-Michuad said in a Facebook post.