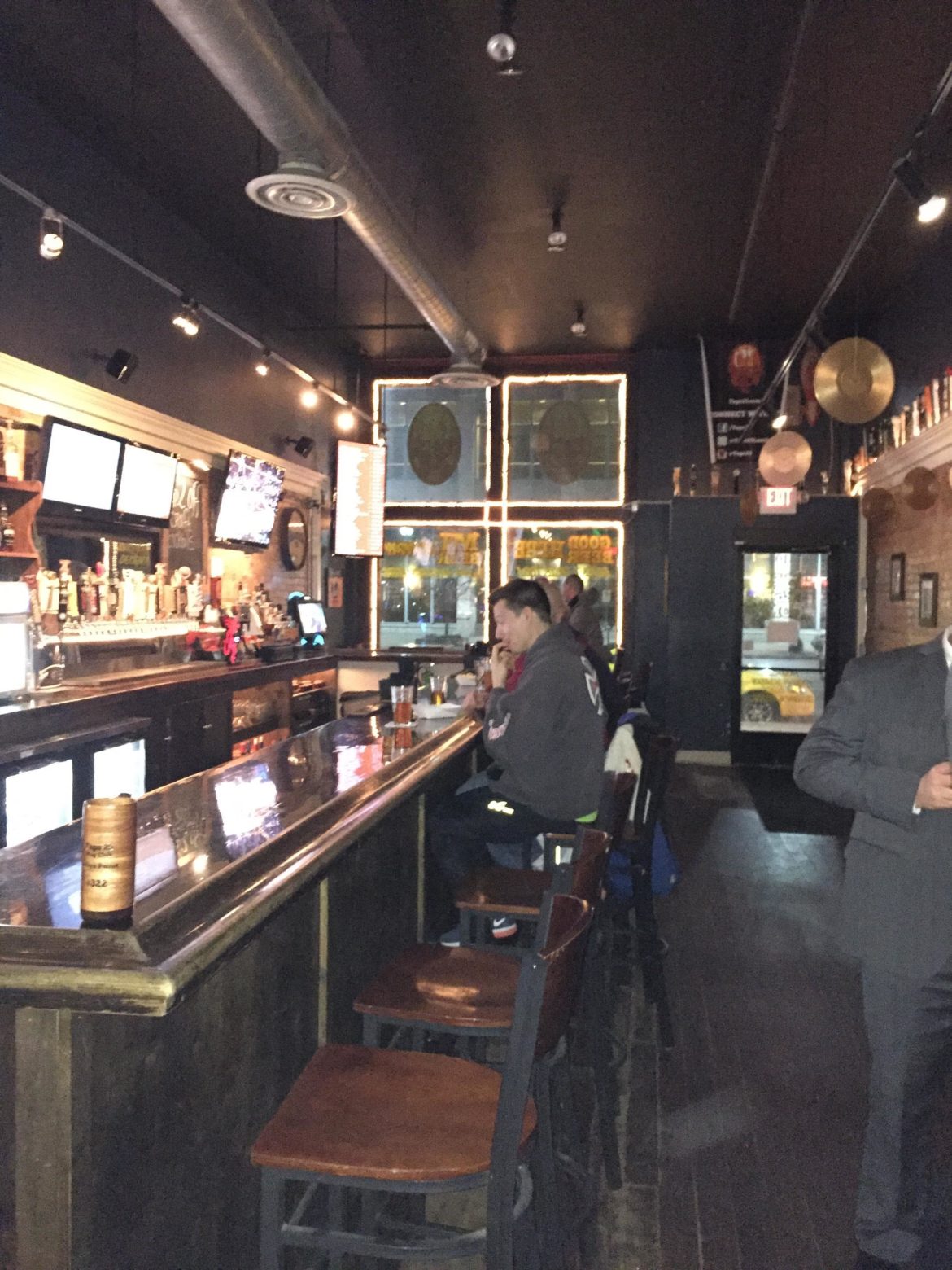 Small businesses have been a major economic drive in Lansing for decades, but Michigan State University provides them a unique opportunity. Some business owners believe that the presence of MSU and its students can provide an economic boom to their enterprises.

“It depends on the type of market that company is looking to going into,” said Jessica Bunce, the Program Director for the Master of Science in Marketing Research Program within the Eli Broad College of Business at MSU. “If you’re thinking about the traditional college student, you are possibly going to be looking more at the undergrad. Perhaps they have student loans. So they are going to be looking at the deals and looking for something that is convenient.”

Nothing is more convenient than delivery. This is one way in which Conrad’s Grill in the Frandor Shopping Center appeals to MSU students. With the recent foreclosure of Conrad’s Grill on Abbot and Grand River, the Frandor restaurant may see an even greater boom in business.

“This [restaurant] specifically delivers to all the campuses and stuff. During the school year, we count on [students’] business quite a bit,” said Drew Kyllonen who is a manager at Conrad’s in Frandor. “I’d say at least half [of the customers are students.]”

Business from students is not the only way MSU helps Conrad’s survive. It also sees a surplus during MSU events such as football games.

“Fall is our busiest time of the year so football Saturdays are huge,” said Kyllonen. “All of a sudden, you get half a million people that come into town here, so I’m sure all businesses do better for that stuff. Any sporting event helps.”

Angela Moye, an employee for Taco 911 on Michigan Avenue, also feels that MSU plays a big role in her restaurant’s success. She believes that Taco 911 markets toward students, due to its convenient location.

“I would probably say at least 50 percent of [our customers are students] during the weekend,” said Moye. “They hit the club next door [and] we have the loft upstairs where sometimes they have sorority and fraternity private parties up there. They usually come here to sober up.”

But for other businesses in Lansing, advertising to college students is impractical. It is often too difficult to bring MSU students to a bar in downtown Lansing when there are many others just off campus.

Percentage of customers of small businesses who are MSU students. Source: Interviews by author. Graphic by Andy Chmura

“I feel like [students] are probably not going to go out to Lansing if they’re here studying with their friends,” said Bunce. “They’re probably going to walk across the street to a place that’s offering a deal rather than take the bus into Lansing.”

For Mac’s Bar on Michigan Avenue, this is an unfortunate reality. They tend to market toward an older crowd because they have trouble drawing MSU students away from the East Lansing bars.

“Most of the MSU students really stick to Harper’s or the downtown East Lansing bars,” said Sam Cummins who is a bartender at Mac’s Bar. “We don’t get a whole lot of regulars that are Michigan State students. Most of my day-to-day regulars are service industry folks… maybe 10 percent of our customers are students.”

Sierra Harns, who is a bartender for Taps 25 on Michigan Ave., also gets few students as customers. She believes that her bar is geared toward an older crowd and is not compatible for many college students.

“I think they should look at the demographic of Lansing and the surrounding areas,” said Bunce. “What groups are already going out and and what groups aren’t, because there’s probably an opportunity to target those groups who aren’t going out already and draw them into Lansing too. I think focusing on the students is good, but there’s other target markets they can focus on as well… so Lansing could get more funds and grow and have more activities available for everyone.”