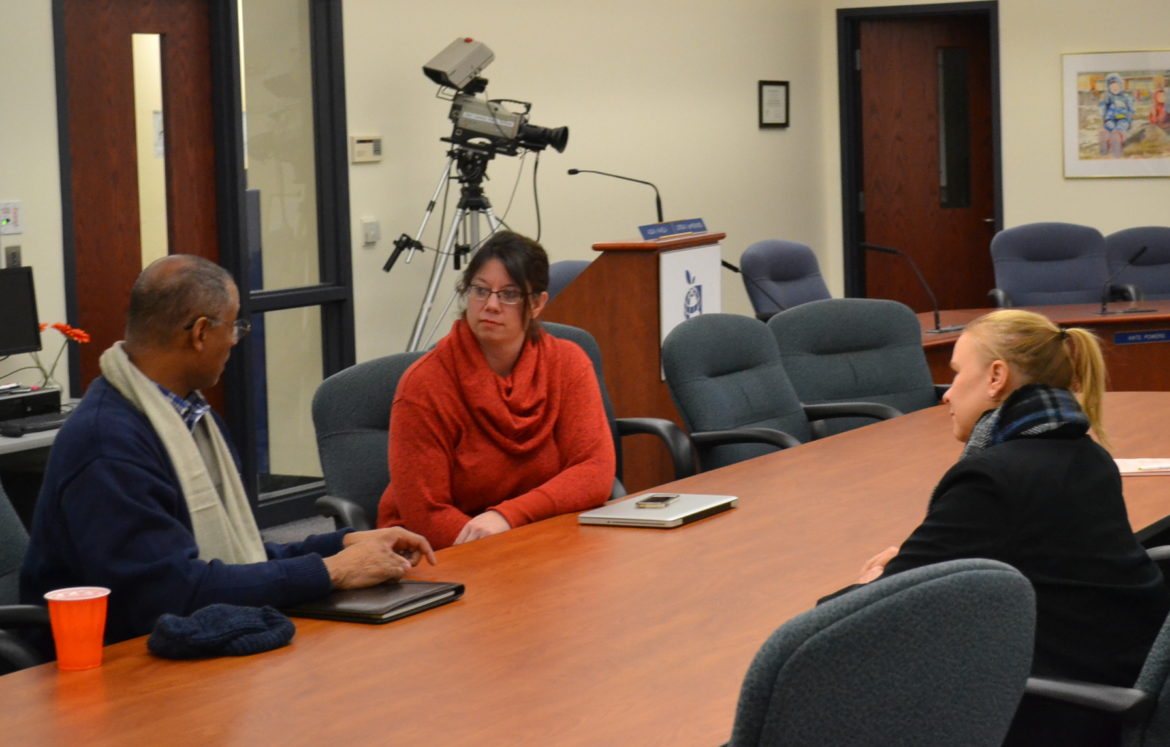 Principals from East Lansing's Pinecrest, Whitehills and Donley Elementary Schools met and discussed how to solve some of the issues they're facing in their schools. Principals from East Lansing’s Pinecrest, Whitehills and Donley Elementary Schools met and discussed how to solve some of the issues they’re facing in their schools.

East Lansing, Mich. — Prompted by the order banning travel from seven Muslim-majority countries, the East Lansing school board has reaffirmed its commitment to all students despite their immigration status.

“The immediate catalyst was the travel ban that we saw coming down by the federal government,” said Erin Graham, who co-authored the resolution and serves as vice president on the East Lansing school board. “That seems to be a more pervasive, imminent threat than before to some members of our community.”

The school board, which passed the resolution by a unanimous vote on Feb. 6, plans to draft, and eventually implement, a policy to address how school employees should handle visits from the Immigration and Customs Enforcement (ICE) agency. The policy will also refine the immigration and citizenship information the school keeps on file for students.

“Record keeping is one focus,” said Yasmina Bouraoui, who co-authored the resolution with Graham and serves as policy chairperson on the East Lansing board. “The other focus is simply engagement with ICE officials who may be requesting information or access to school grounds, to students or to information about students.”

The resolution is the school board’s first response to Trump’s executive order. Policies take longer to create than resolutions, but the board wanted “to get this statement out there in the meantime,” said Graham.

“I think it always helps to have that kind of counter narrative, especially when the news is reporting that the government is saying something maybe a little bit different,” she added.

A number of other districts across the country, including Los Angeles, Denver, Minneapolis and Las Vegas have passed resolutions in response to the president’s executive order according to US News.

“In this particular political climate, Erin and I felt we needed to be clear in our board policy and in the guidance we gave to our staff about what that would mean for students regarding their immigration status,” said Bouraoui.

For Bouraoui however, the issues surrounding immigration have a deeper importance. Bouraoui has been a refugee foster parent to two students who graduated from East Lansing High School and who have expressed their discontent with her at times about the way these issues have been talked about in the classroom.

“I know this issue is an issue that’s in our community because I’ve lived it,” said Bouraoui. “This is an issue that affects our district, and many districts, more than we might think it does, because it’s often a hidden problem.”

However, East Lansing administrators and board members are pushing to address the issue head on.

“We encourage our teachers to have conversations about the resolution and the broader political climate at an age-appropriate level,” Acting Superintendent Dori Leyko wrote in an email. “The purpose of these conversations is to ensure that every student feel safe in his or her school and feel like a valued member of the school community.”

The suggested policy is being drafted by the board and may take a couple weeks to a couple months to draft, propose, revise and implement. East Lansing residents can submit suggestions by emailing members of the school board. School board members’ emails can be found here.