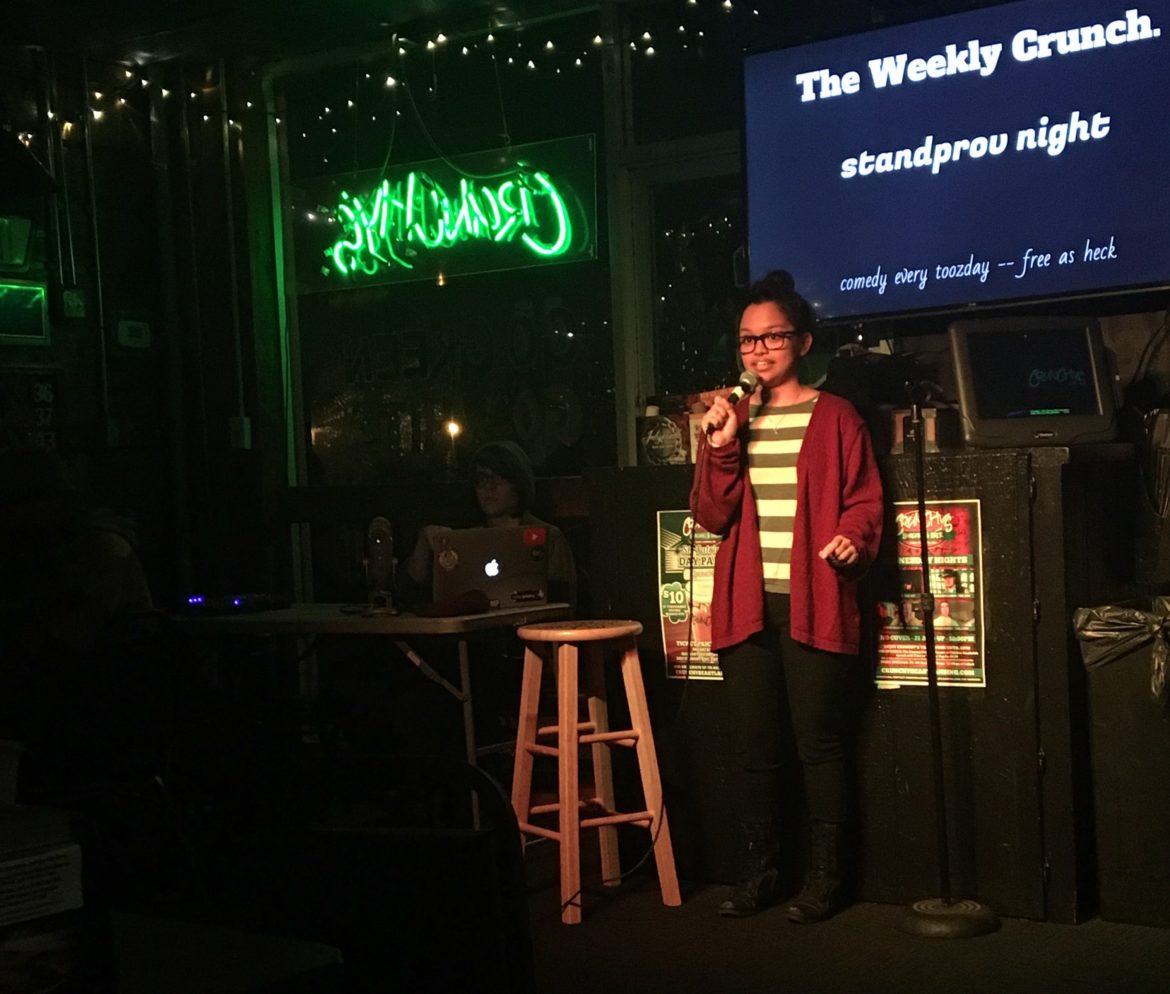 Comic and host Jacqui Marpa performs at Crunchy's on Feb. 21.

Members of the East Lansing community are constantly on-the-go and are surrounded by the stresses of everyday life.

It can be difficult for some residents to take a step back and enjoy what the community has to offer. One of those things is Crunchy’s Comedy Night. The comedy takes place every Tuesday starting at 9 p.m. and is free.

Crunchy’s Comedy host Jacqui Marpa stepped onto a stage in front of a room packed with people eating dinner, grabbing a drink and waiting to laugh on Feb. 14.

Marpa performs weekly and books some of the comics. Marpa said she started doing standup in 2013 when she was 19 years old.

“What I love most about performing comedy is besides entertaining people I get to visit these cool cities and try their food,” Marpa said.

Marpa said it is important for people to relieve stress through laughter.

“Comedy is good for the East Lansing community because it encourages appreciation for the arts and also creativity,” Marpa said. “We have a lot of talented and dedicated comics in Lansing who built a solid comedy scene even without having a comedy club and that’s something the community can be proud of and brag about because it shows how much we care for the art form.”

Marpa said she encouraged people to come out to future comedy nights.

“Not only they get free entertainment but it also gives them an opportunity to become active in the community by supporting the art form,” Marpa said.

East Lansing resident of six years Louis Michael said he enjoys taking a break from his day job by supporting and performing comedy.

“I just really enjoy that with a notebook and a pen you can kind of create whatever you want and go to stage with it,” Michael said.

Michael said comedy is very rewarding to him. He has watched comedy since he was a kid but didn’t start taking it seriously until after he graduated from Michigan State University in 2014.

“If you go to a comedy show with the mindset of wanting to laugh you are already setting yourself up to be in a good mood,” Michael said. “I think for a lot of people there is a disconnect so seeing live comedy can bring out your humanity again. Laughing is healthy.”