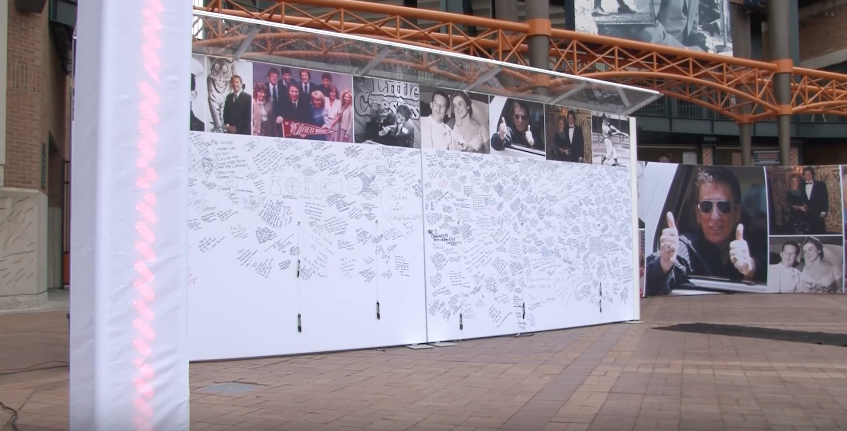 Freezing cold temperatures didn’t stop Detroiters from lining up outside the Fox Theater to pay their respects to Mike Ilitch on February 15.

The public memorial for the owner of the Tigers, Red Wings, and Little Ceasar’s Franchise had thousands in attendance to commemorate the life of Mr. I.

“There are very few people who fill the room, even when they’re not there,” said Olympia Entertainment CEO Tom Wilson about Mr. I.

Mike Ilitch’s son Christopher Ilitch has primarily ran the business for the last 10 years, and will now fully take over Ilitch Holdings.

For Detroiters like Kim Erickson, Ilitch stuck by the city, when no one else was.

“He never gave up…he just kept plugging along. That’s why we’re at where we are today, because of him”

Mike Ilitch died at 87 years old. He is survived by his wife of 62 years, Marian, there seven children, and 21 grand children.

Julie Dunmire is a senior journalism student at MSU with a concentration in broadcast. She is passionate about hard news, and loves all things Detroit. As a Focal Point anchor and reporter, Julie produces all her stories as a multi-media journalist. Julie is also an anchor and MMJ at HOMTV, Meridian Township's government access channel.