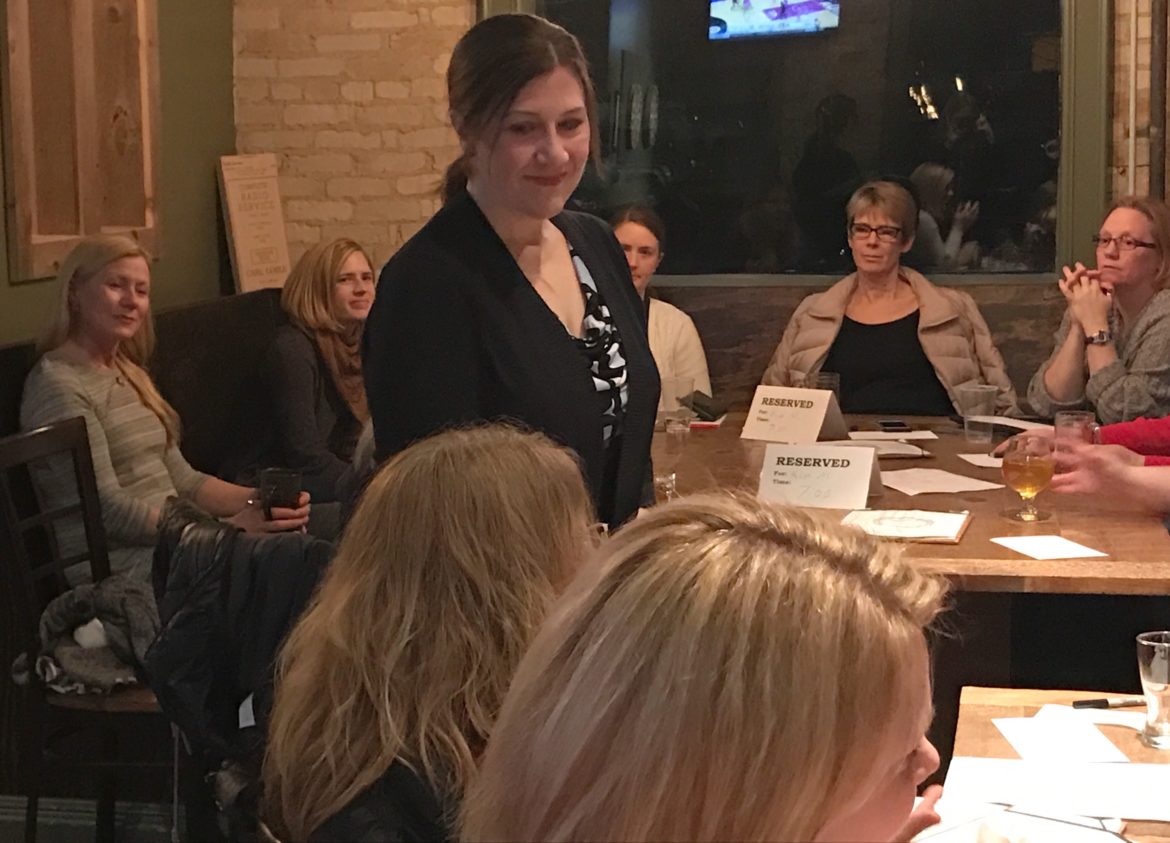 Men and women hope to preserve the energy from the historic national Women’s March that took place globally on Jan, 21. An estimated 5,000 huddle groups have been formed globally. Women and men unite in their communities and neighborhoods to have a conversation regarding the next steps for local and national action.

“The main thing is to avoid people burning out and keep people in the loop,” said Michigan Supreme Court attorney Kimberly Muschong.

Mason community member Dorie Shwarz decided to join the huddle group in her own neighborhood after traveling to the national march in Washington, D.C. Shwarz has lived in Mason for nearly five years and said she believes it is time to get involved.

“I feel like I owe it to the person I was on the day of the march,” Shwarz said.

Shwarz said the energy in Washington was indescribable and that it was comforting to be surrounded by people with similar values and beliefs—and she hopes to find that same comfort within her huddle.

“Knowing that this group and so many other people care makes it feel possible to make change,” said Shwarz.

East Lansing middle school teacher Katy Maiolatesi joined the huddle group in Mason because she wanted to be part of a movement that continued. Maiolatesi participated in the march in Washington with her husband and parents, and was overwhelmed by the positivity and number of people participating.

“Numbers matter and people see that. Consolidation is a good thing and there is strength in numbers,” said Maiolatesi.

Muschong said she was overwhelmed by the global, national and local response. She said that nearly 5o people came to a huddle the Thursday before. Huddle groups were intended to have intimate conversations with  15-20 people. Due to community interest, half the group met the following Monday evening.

The national Women’s March website promotes the huddle groups to continue to advocate change and transform the energy from the Women’s March. For now, Muschong hopes that people in the Mason huddle will start by contacting their representatives and senators.