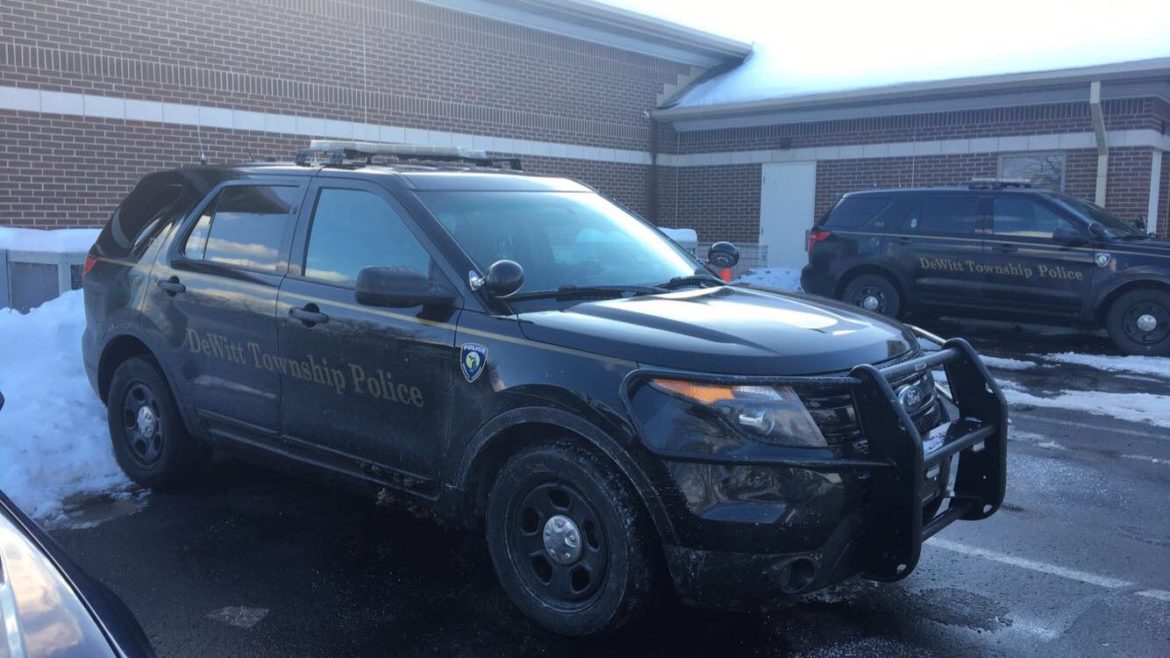 Relationships have changed with officers and citizens in Bath and DeWitt township after the nationwide news of police involved shootings and the activist groups that have formed because of these incidents.

“Not everyone likes Police, and it’s just something we have to deal with,” Officer Avery Lyon of Bath Township said. Racial relations have been a constant issue between citizens and officers throughout the country. Many citizens feel afraid when having an encounter with an officer.

“It doesn’t matter if you’re white, black,” Lyon said. “You can follow and support a cause (such as Black Lives Matter). I’ve had people say ‘please don’t shoot me’ and it’s just a normal traffic stop where I’ve stopped them for their speed.”

Officer Lyon has been in the force going on two years now, but has seen an immense amount of change in the workforce, as well as differing perspectives.

Click the link below to listen to the full interview with Officer Lyon:

Over in DeWitt, Chief Brian Russell believes relationships have changed with citizens and officers around the country, not just in their township.

“It’s changed,” Russell said. “I don’t know what to tell you as far as what has changed, but it’s definitely changed.”

Click the link below to listen to the full interview with Chief Russell:

Township Manager of DeWitt, Rodney Taylor, also makes it a point to recognize officers who go above and beyond in the line of duty. “At least once a year, we do an employee recognition program. It’s a thank you. We’re a government, so all we can really give is ‘thank yous’,” he said.

Click the link below to listen to the full interview with Rodney Taylor:

So, what’s the main issue? So far this year (less than one month remaining in 2016), 888 people have been shot and killed by an officer in the United States, according to The Washington Post, 991 were shot and killed in 2015.

Dr. Ronald Hall, an expert in race relations at Michigan State University, doesn’t believe the race of an officer is the problem with this complex issue. It goes both ways. Dr. Hall explained what it is like for a minority to be in a densely diverse area, such as DeWitt township, which is a whopping 97 percent white, and Bath being 92 percent white.

“It’s your skin color that identifies you, so if you’re a minority person but there’s no obvious identification of you being a minority person, then you get treated accordingly.” said Dr. Hall. “There are unspoken rules and regulations that minorities in predominantly Euro-American cities have to abide by, particularly young males. (They have to) watch the way they carry themselves, and be careful in encounters with police.”

Click the link below to listen to the full interview with Dr. Hall
https://soundcloud.com/ambernichellex/dr-ronald-hall

Some residents feel the officers in Bath/DeWitt Township are targeting only certain races. In an article, “National police brutality talks impact DeWitt residents” Barbara Davis, a long-term employee in DeWitt said, “As far as the diversity in Dewitt Township and the city of Dewitt, the officers there really target you when you get into that city limit, as soon as I get in there, they’re just right on you.”

Although the race of the person makes a difference, according to Dr. Hall, the race of the officer themselves has no effect on the amount of violence and crime(s) committed.

“I don’t think race of the policeman makes any difference other than the fact that a person of color might be more culturally familiar with an assailant of color than a Euro-American would,” Dr. Hall said. “As far as police are concerned, I think it’s a culture. And we see that when you have not only Euro-Americans who are abusing African Americans but (officers) of color are abusing African Americans.”

African-Americans are the group that is racially targeted the most, according to Dr. Hall.

“You may have a good cop, that may be well meaning,” he explained. “But, if he doesn’t know the person that he is encountering, then he’s going to depend on all of the stereotypes.”

Building positive relationships in the community

As far as the officers in DeWitt and Bath, they believe their communities still love and support them. They are also using social media in order to engage and build solid relationships with the communities at large.

“Our relationship with our community has grown a lot. Since last year we started a Facebook page and it’s been tremendous for us as far as relating to people and hearing what people think,” Officer Lyon said.

Chief Russell believes relationships have improved between officers and citizens in Bath, too.

“It’s settled down […] I haven’t seen anything major (happening). I usually have a story for anything but I don’t have anything recent that has happened,” he said.

And according to Taylor, the hiring process of officers isn’t an easy ordeal. It takes time, effort and immense thought due to the severity of the occupation being performed. Taylor, who’s been in DeWitt for 30 years, admitted that change isn’t always the answer. But in this case, it was.

“I’ve seen a significant change, and that’s in our police department,” he explained, mostly in part due to the increasing number of newer/younger officers. “Not for the good or the bad, it’s just that we have new people. From a community relations standpoint, there’s been zero change. The issues that are facing the rest of the nation are just not something that we have had to face here (because of the professionalism of the people put in place to perform).”

Taylor added that they don’t take their hiring process lightly. It’s not a meeting, look at the resume and congratulations: you got the job, he said. It is an in-depth process.

“That hiring process is not a 30 minute interview. It’s a decision that’s going to last years,” Taylor said. “We have standardized testing, interview panels, it’s not just one person making these decisions,” he added.

“Our officers do a good job of handling situations,” Taylor went on to say. “In any profession, you can find a group of bad people. Doctors, teachers, etc. I don’t see (police brutality and the community having issues with police) as a level of concern within our individual community.” With the holidays quickly approaching, Bath Township and DeWitt Charter Township are both doing events to help with children who may be under privileged. Both townships are also planning to participate in the annual “fill a cop car” event where a cop car is filled with different items donated by citizens to be given away to a family in need.

They are also planning on participating in “Shop with a Cop,” an event where a child is paired with an officer and given a budget to get any toy they may like.