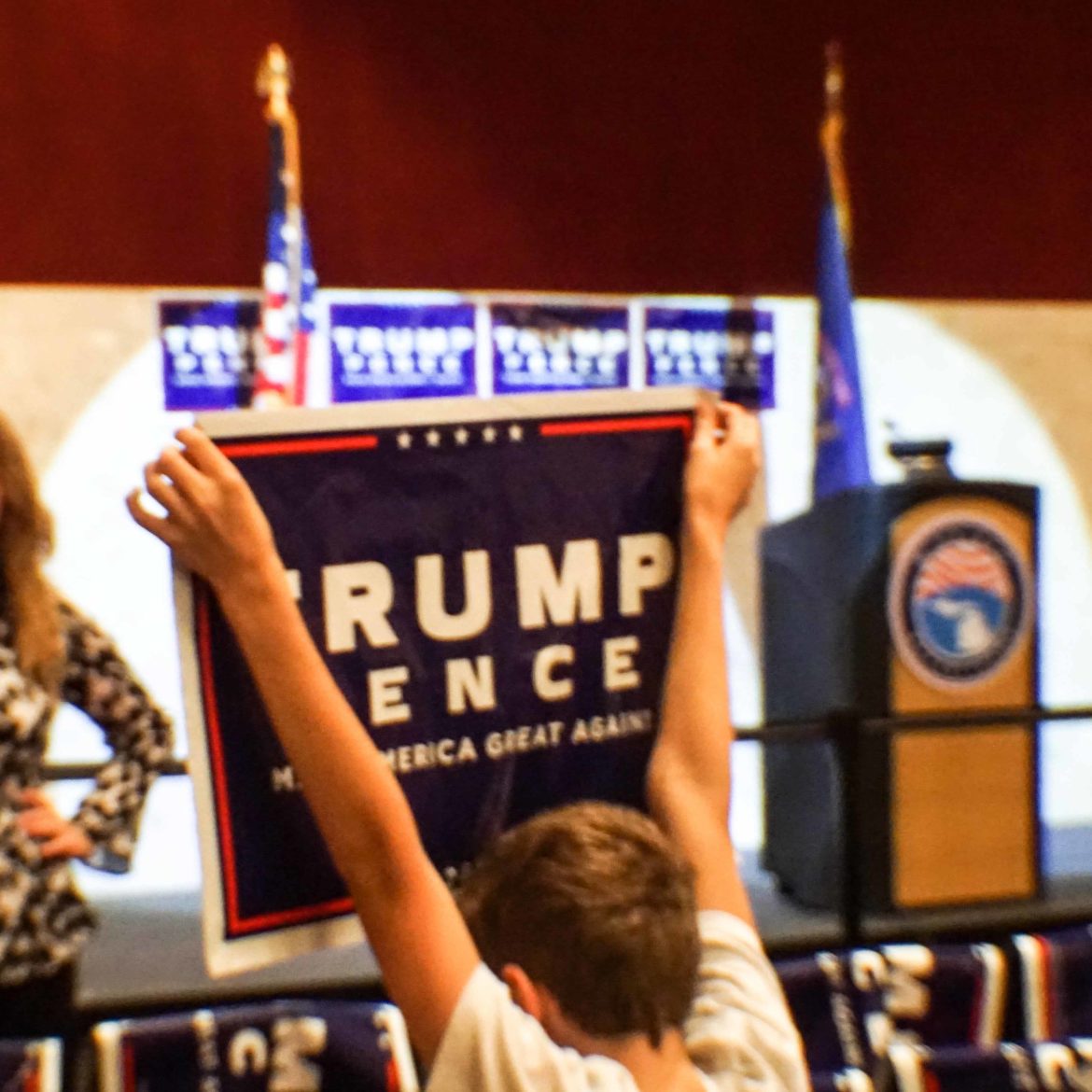 A young Trump supporter at the Donald Trump Jr. rally, Nov. 2, at the MSU Union.

At the start of the presidential election cycle, members of the Michigan State Univeristy College Republicans got together for a meeting like they do every Tuesday night. They discussed who they would like to see as the party’s presidential nominee.

That day, support fell to Texas Sen. Ted Cruz and Florida Sen. Marco Rubio. Of course, they didn’t get who they wanted.

But in the process of getting elected the 45th president of the United States, Republican Donald Trump brought new energy into the campus group.

“Everyone has been behind Trump once he was named the nominee,” said Charlie Kolean, a member of MSU College Republicans. “He’s doing a great job and you really feel the electricity in the air.”

Kolean believes that Trump running for president has inspired people who wouldn’t have been involved with the party otherwise. Kolean and MSU College Republicans hosted a debate watch party at Harrison Roadhouse in East Lansing, where they saw a lot of newcomers.

“We got a lot of people to show up who previously didn’t even show up to meetings,” Kolean said. “They were hardcore Trump supporters.”

But Evan Cruse, a senior at Michigan State, feels Trump re-inforced a stigma some millennials have against the Republican Party.

“There’s always been a stigma,” Cruse said. “Even with Trump, but with McCain, Romney, Bush, that Republicans are — choose your trigger word — homophobic, xenophobic, racists, sexist, so forth.”

Trump supporter Maddie Heise, a freshman at MSU who has been involved with the College Republicans since August, said Trump has brought something new to the party.

“I think it’s gonna bring a new perspective into the party because he’s not a politician, he’s more of a businessman,” Heise said. “I think his background is just going to give a different light on the Republican Party.”

Heise said Republicans needs to send more speakers to college campuses. She pointed out that MSU has had big Democratic names such as Chelsea Clinton and Bernie Sanders speak on campus, but said she feels like campus gets less attention from Republican politicians.

“We need to get more speakers involved, and I think they need to change their party in a way where it’s more approachable,” Heise said.