More than 4,900 refugees have been resettled in Michigan so far in 2016, including 864 in the Lansing area, according to the U.S. State Department’s Refugee Processing Center.

The growth comes despite criticism of some refugee re-settlement programs. During the campaign, President-elect Donald Trump pledged to shut off immigration from Syria to stop terrorists from slipping into the country.

“The history of the United States has been a history of newcomers being demonized, ostracized and then eventually they become integrated and accepted, and they become part of the American fabric,” Nawyn said. “And then a new group of newcomers comes in and they are treated the same way.” Nawyn said resettlement policies and budgets are set at the federal level and who can be resettled is controlled by the U.S. State Department. But much of the work to help refugees build a new life is done at a local level.

“Refugees don’t just come to the United States, they come to a particular community in the United States,” Nawyn said. “Donald Trump can say whatever he wants and drum up people’s fear and anxieties and xenophobia, but really what is going to matter for refugees is how they are received at a local level.” 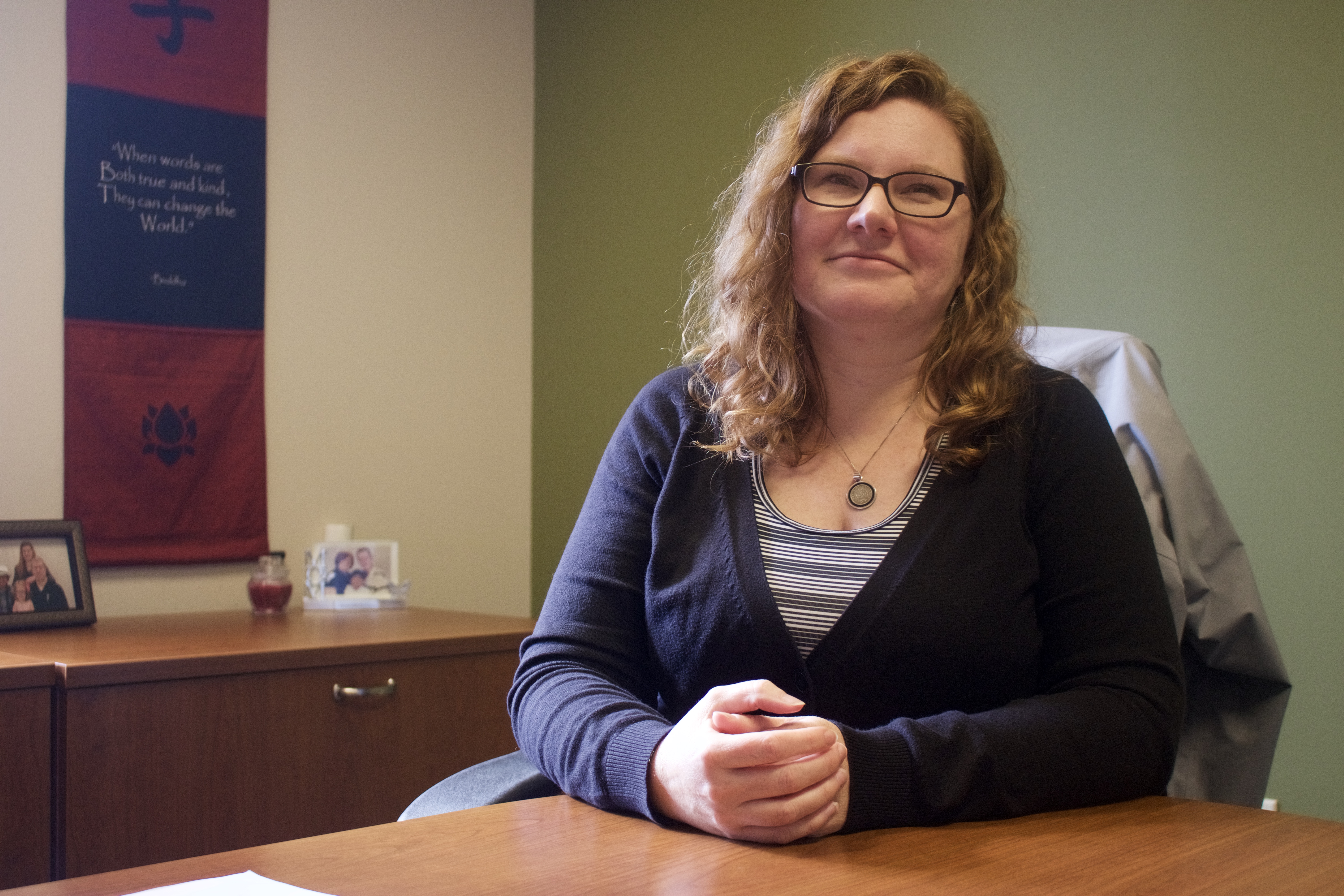 “When I think of a refugee, I think of the youth that I know who came in 2001 from South Sudan who graduated from high school, graduated from a college locally in mid-Michigan then got his master’s from Michigan State and is working on his Ph.D. and a nonprofit to help people back at home,” says Diane Baird, a program manager at Samaritas, the largest refugee resettlement agency in Michigan. 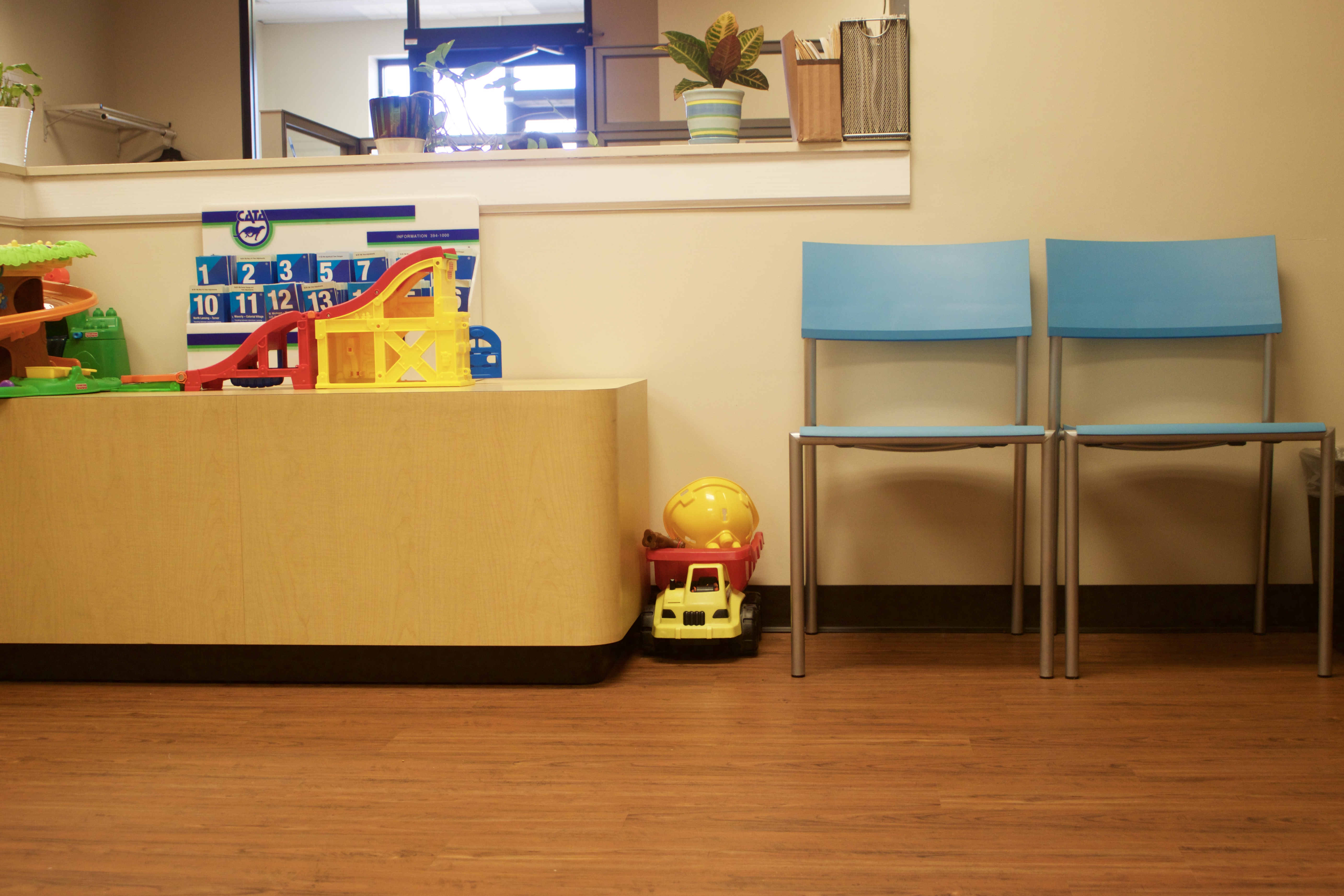 Toys fill the waiting room of the Lansing office of Samaritas, the largest refugee resettlement agency in Michigan. Samaritas program manager Diane Baird said the agency provides a variety of services to families and children.

Diane Baird, a Lansing-based program manager at Samaritas, the largest refugee resettlement agency in Michigan, works with refugee and immigrant youth who are in need of placement. Baird said the youth coming to the Samaritas program are here without family or relatives to take care of them.

“As a person, I think we have a humanitarian obligation to help care for kids in need,” Baird said.

Baird said this could be giving them a face to recognize, or a person to teach them how to go grocery shopping. She said only one percent of all refugees get resettled to another country.

Baird said many of the stereotypes being used in this presidential debate are problematic and best fixed by getting to know a refugee personally.

Baird said Samaritas takes in about 100 refugee and immigrant youth from 16 countries each year.

“Back in the day there were large waves of particular groups, and while that’s still true to some extent today, overall they are coming from all over the world,” she said. 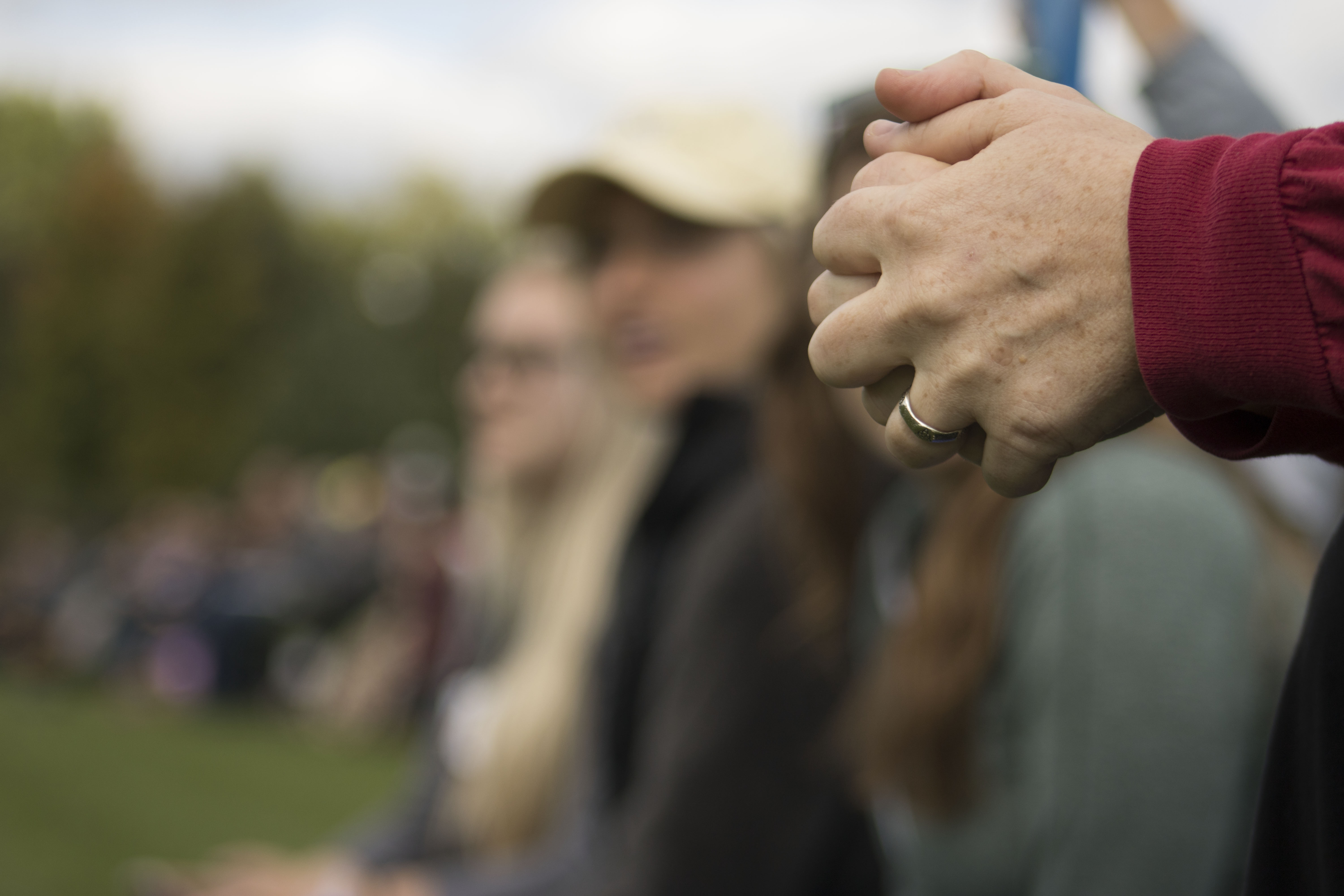 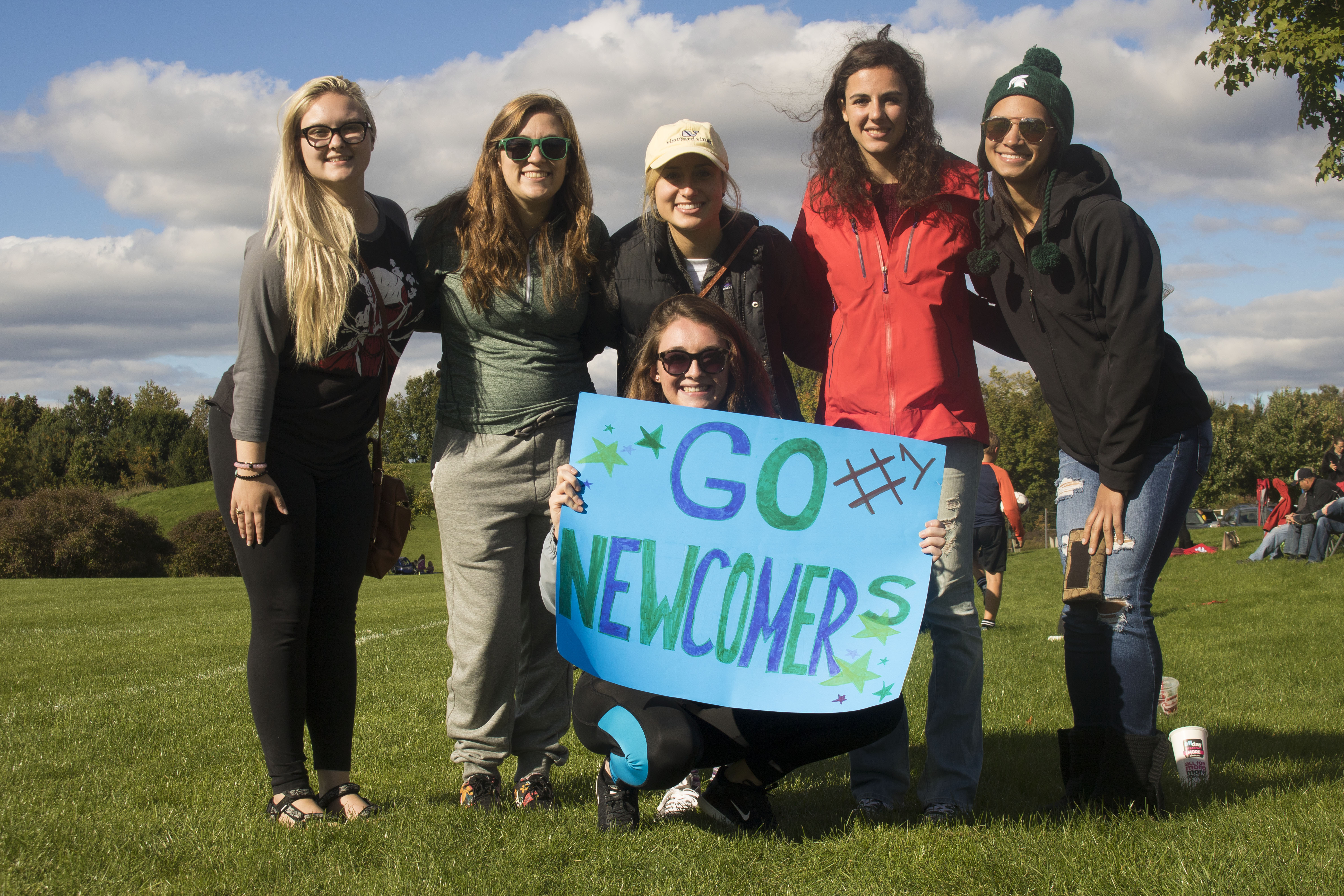 Members of the student group Refugee Outreach Kalamazoo at Michigan State University show up to cheer on the Newcomers youth soccer team. 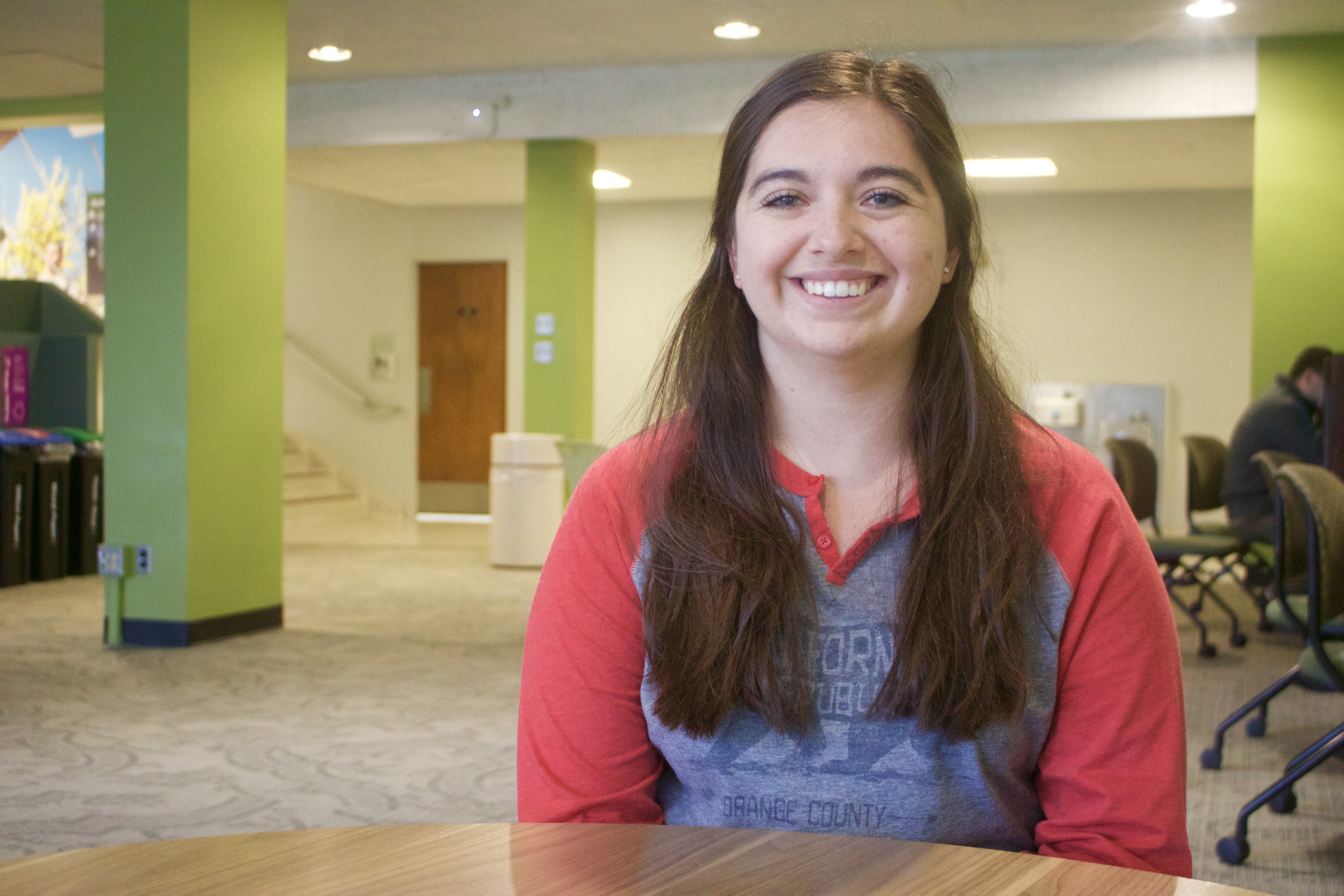 Michigan State University student Sydney Conroy was inspired to help, so she started a club on campus called Refugee Outreach Kalamazoo at MSU. The organization, based out of Kalamazoo, assists with what she calls a global migration crisis.

“Our group started recently when our founder at Western Michigan University Emily Worline went on a study abroad in Greece and felt completely helpless,” Conroy said. “She saw the situation, and knew students would want to help if they only knew more about the crisis.”

Students at Michigan State University share their stories about being refugees. Read the story

Conroy said the organization has two parts: raising awareness for refugees and getting students connected to refugees needing assistance in their area. Conroy said the group connects students with local groups that provide refugee services, such as the Refugee Development Center, St. Vincent Catholic Charities and Samaritas.

“We have all of these groups sort of working toward the same end goal, but we all work together and there is no competition,” Conroy said. “We are just providing each other with whatever needs to be done.”

Over the summer, Conroy said the student group worked with Samaritas to collect and deliver donated furniture to local refugees.

“One of the families had been in a refugee camp for 15 years,” she said. “To not be in a tent and off the streets, and then in an apartment where they have beds and couches and tables finally — they were really excited about it.”

“I think they looked over and thought, “Oh, my goodness. I have a cheering section. This is awesome,’” Brown said.

Brown said she would love to see more people out here cheering for the team after seeing their reaction.

“It’s their fourth game and it’s the first time they’ve had a cheering section,” she said.

Brown said the players speak a total of 15 languages on their team but still find a way to work together on the field to win their fourth game.