“I would say there’s a general feeling—both in the statistics and in the data and the members of our community—that East Lansing’s a safe place to live,” said East Lansing Police Department Lt. Scott Wriggelsworth said. MSU sophomore Beth Herbert was surprised to hear that violent crime is down in East Lansing compared to previous years, and said she doesn’t feel safe in East Lansing. “My parents sending me pepper spray and stuff and telling me to be careful, it just makes me feel wary, I guess,” she said.

Herbert said that if city and campus police were more approachable she would feel safer.

“They’re kind of around a lot, but be around and be kind of approachable. Make me feel like I’d be safer with them around rather than in more danger,” she said.

Former East Lansing City Council member and East Lansing resident Kevin Beard said, “Oh, I think that East Lansing is one of the safest communities in the state.”

“If you’re looking at violent crime, we have hardly any, really. The occasional mugging, the occasional sexual assault, well, and then you can only count the ones that are reported. But I think East Lansing compares very favorably with other cities around the state,” he said.

According to the FBI, a violent crime could be one of four offenses: murder and nonnegligent manslaughter, forcible rape, robbery, and aggravated assault. The FBI’s Uniform Crime Reporting program defines violent crimes as offenses that involve force or threat of force.

Don Bosman has been living in the East Lansing area since 1972 and said, “It’s a great area, low crime.”

Bosman said people committing crimes generally look for open offices or people leaving bars, and that most crimes are crimes of opportunity.

Beard said that he’s aware that things like welcome week and football gamedays bring in people that otherwise wouldn’t be in East Lansing, and that’s where a lot of crimes occur. “It’s from people from outside of the community who think it’ll be easy pickings here in East Lansing, and unfortunately, too often it is,” he said.

Wriggelsworth agreed that most crimes in East Lansing are crimes of opportunity.

“(East Lansing is) a safe place to live, work and play, but we’re not perfect and there are unfortunately people who come into the city and instead of partying, instead of doing the typical college stuff, they’re looking for people to steal their phones. Or they’re going to an open house party not to party, but to see what they can snag, see if there’s laptops laying around or big-screen TV’s, whatever the case may be,” Wriggelsworth said.

Beard said, “Individuals alone on the street at late hours often are the victims.”

Wriggelsworth said, “there’s a lot of things you can do to keep yourself from being a victim, and if you would just practice those few things, it’s very, very unlikely that you’re going to be a victim of a crime.”

Beard’s advice to students and residents is to look at crime statistics as well as interactive maps displaying where crimes occur.

“Know where it’s happening, know what kind of crime is happening, and take reasonable precautions to protect yourself from it,” Beard said.

Property crime poses a threat when residents are away from home

Speaking before MSU’s winter break, Wriggelsworth said, “I always tell kids, ‘you know, break’s coming up. If you’re going to go home for break for three or four weeks … take your school laptop, take your big-screen TV, take your whatever—whatever’s important to you.”

“Inevitably, we’re going to have some homes broken into and your home might get broken into, but maybe they didn’t take any of your stuff because everything that was important, you took with you,” he said.

“I’ve worked in East Lansing for almost 22 years and I’ve taken home invasions from students that, their house got broken into and the back door was open for three weeks. And then they don’t come back until the first of the year, their stuff’s all gone and their heating bill is 700 bucks for the month,” Wriggelsworth said.

His biggest piece of advice to students who couldn’t take their valuables with them was to have somebody check on the home frequently, or bring items to a friend’s house that will be occupied for break.

Wriggelsworth said people may believe East Lansing is more unsafe than it really is due to the amount of information people have at their disposal.

“I think sometimes people’s feelings are skewed a little bit just in the fact that they hear more now about the serious stuff that happens because of the crime notification piece, where in the past they might not have had social media or they might not have read the paper,” he said.

“But social media and our crime notification systems, everybody hears about everything that is a big deal in the city, that’s a big crime in the city because we tell them. We notify them and that’s a lot different than it was four, five years ago,” Wriggelsworth said.

Pew Research Center found that more than half of 2016 voters said crime in the United States has gotten worse since 2008, even though the decrease in crime has been significant. The majority of 2016 voters said crime is getting worse in the United States, according to Pew Research Center

FBI data indicates that, between 2008 and 2015, rates for violent crime fell 19 percent while property crime fell 23 percent, according to Pew Research Center.

Michigan State University Police Department Sgt. Florene McGlothian-Taylor said, “I think the media probably plays a lot into it … everyone is tied into Facebook, Twitter, Snapchat, I mean everything is available to people instantaneously.”

Lilly Rossi, a junior at MSU, said she feels safe in East Lansing “just because we live across from the police station.”

Christie also said she has trouble believing that violent crime has decreased in East Lansing.

“I just feel like I’ve been hearing about incidents all the time, I wouldn’t expect (violent crime) to be going down,” she said.

Christie said when she hears of crimes, like the robbery that took place on M.A.C. Avenue on Dec. 6, “I’m like paranoid at those times so I don’t walk outside, like when that happened I would never walk outside, I always make people pick me up.”

Rossi said she walked home from the library the previous night, and Christie said, “see, that’s not safe, I would never do that.”

Herbert cited an experience her roommate had last year as one reason she feels unsafe.

“My roommate, she was, like, attacked when she was going to one of her chemistry exams … this was last year,” Herbert said.

“It gets really dark early, and it was…an evening exam and she didn’t make it to the exam because someone, like, told her to come over, she went over, then he was like, ‘yeah try and get in my car,’ she didn’t want to do it, then he attacked her,” she said.

“She came back to the dorm, she was crying, she had a fat lip and everything,” Herbert said.

According to the US Department of Education, property crimes such as burglary and robbery increased on MSU’s campus from 2012-2014. According to the U.S. Department of Education, property crimes have gone up at MSU

McGlothian-Taylor said, “I can tell you that in terms of crimes here at the university most of our crimes are property crimes, and in terms of any type of thefts that we have in terms of vehicles, those are mainly mopeds, not actual cars.”

She said, “I would like to think that people are becoming more comfortable in terms of reporting the crimes to us because we do a lot of presentations in terms of our community policing.” “We do have offices stationed throughout the campus within the various neighborhoods, we do work on a regular basis with (Residential and Hospitality Services) we do attend meetings with their staff and notify them when there are certain things taking place at the university, so we try to encourage students and staff that when they see something out of the ordinary to make certain that they do report it to us immediately,” she said.

“So I would like to think (more crimes are being reported) because the work that we’re doing within the community,” she said.

McGlothian-Taylor spoke about eight separate talks, panels, presentations, etc. that she and campus police have taken part in to help the public feel comfortable with the police.

“We are very serious about making certain that our department treats everyone respectfully and we do that by trying to educate the community with which we work, and that we encourage individuals who — if they have been mistreated that they report that … the key is when anything happens that they immediately report it,” she said.

“If you’re following the measures to keep you safe, they work. But if you bypass those measures, then it puts not only you, the person, but everyone within that area at risk,” McGlothian-Taylor said.

How to minimize your chances of being a victim

Wriggelsworth and McGlothian-Taylor had no shortage of tips to help minimize chances of being a victim of a crime in East Lansing and on MSU’s campus.

“We do encourage (students) to walk in groups, look out for one another, because we can’t be there with everyone so we need the community to work with us on that,” McGlothian-Taylor said. Christie mentioned an app that allows you to track a friend’s location.

“There’s, like, the app, too … it’s a safety app where you literally, you make someone your watcher and even if you pull out your headphones, it tells your person, ‘their headphones were pulled out, check if they’re fine,’” Christie said.

One such app is the Companion app, which allows you to “reach out to family, friends, or your public safety department to have them keep an eye on you as you travel late at night,” according to Companion’s website.

According to CNN Money, the app is able to sense changes in movement, such as going from walking to running or, as Christie mentioned, if headphones are taken out of the device.

Wriggelsworth said, “if the citizens do their part and we do our part, East Lansing should continue to be a safe place to live, work and play.”

“The same types of things that you would practice at home in terms of being safe, you should bring those same practices to the university because this is your home away from home,” McGlothian-Taylor said. 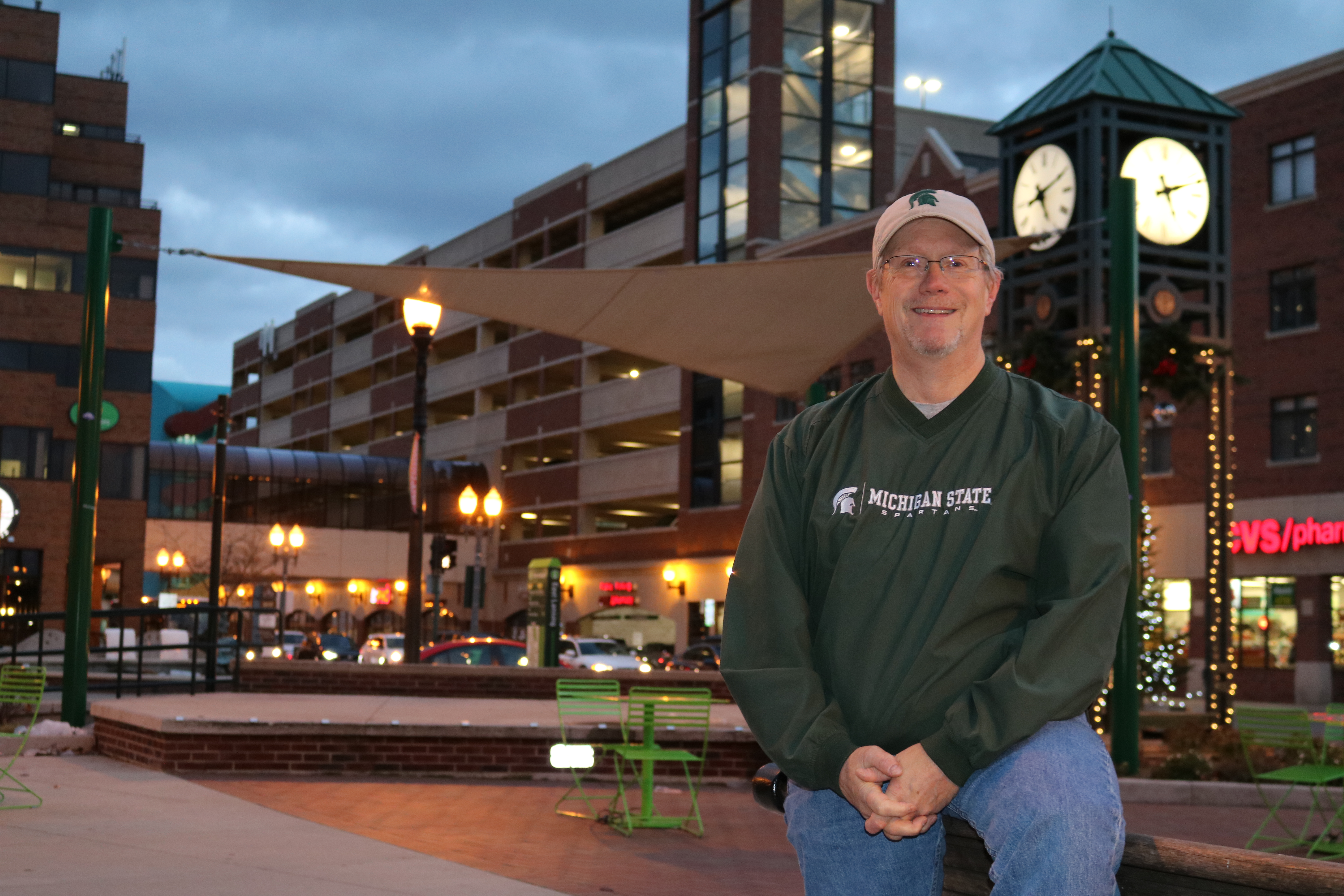 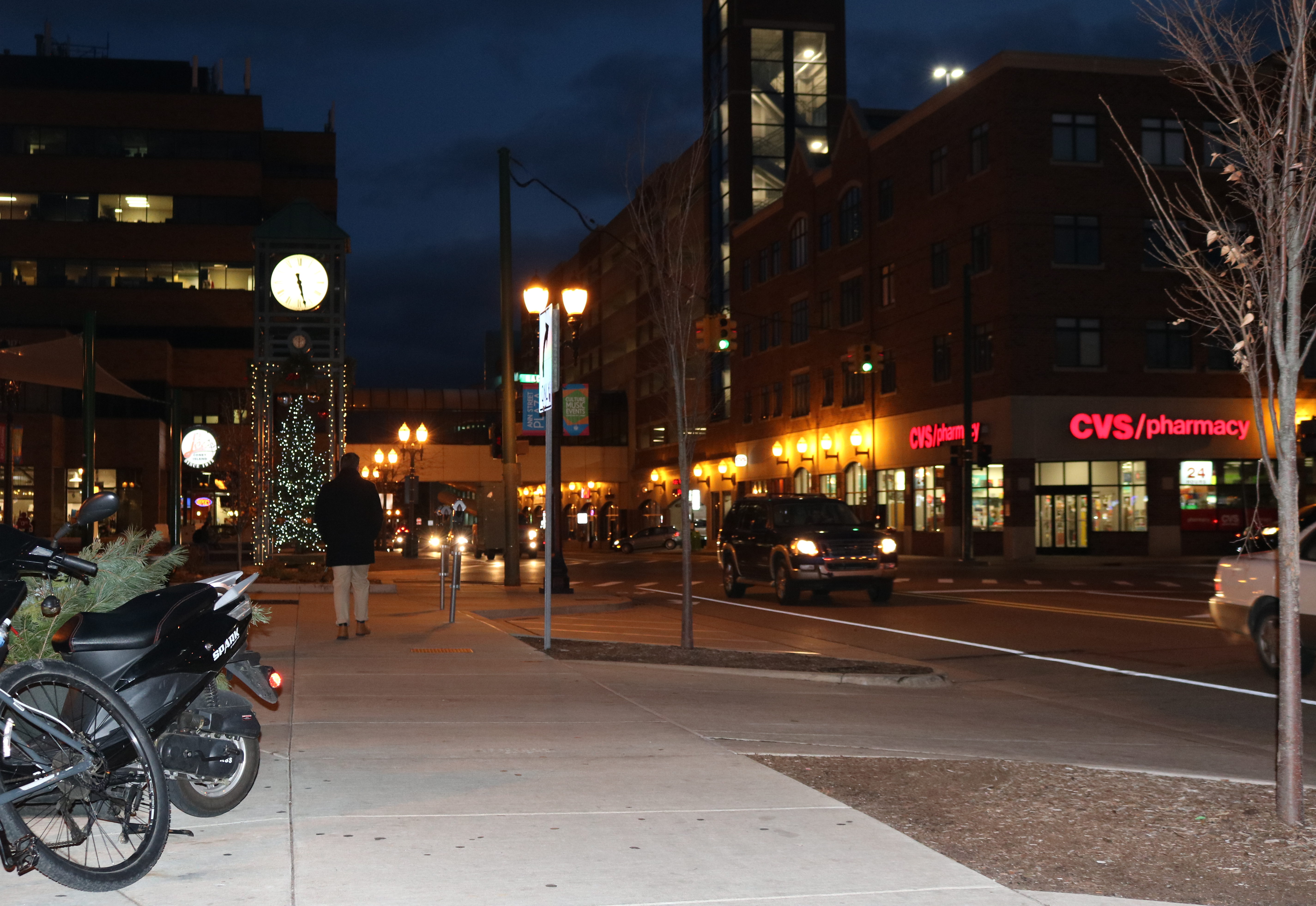 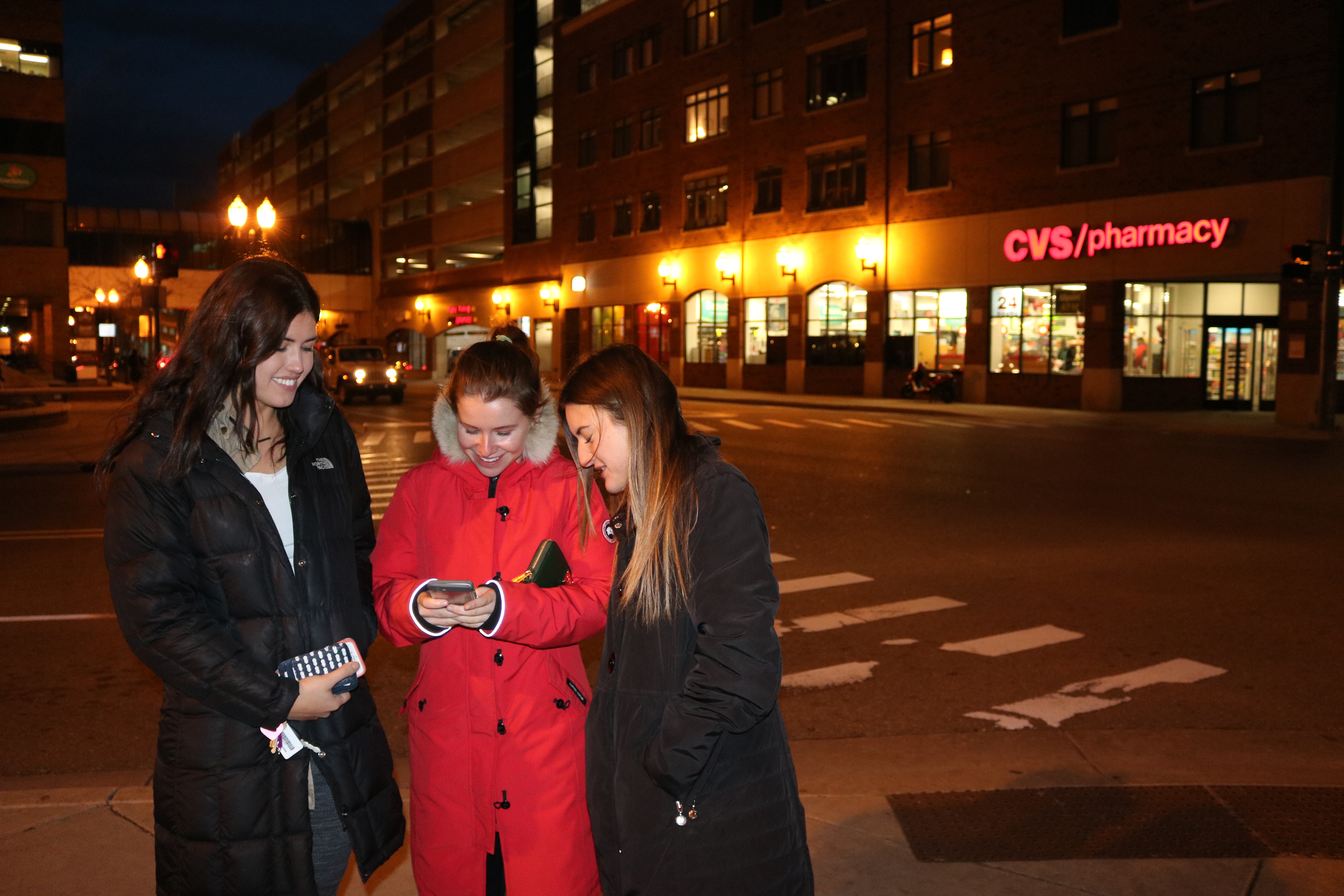 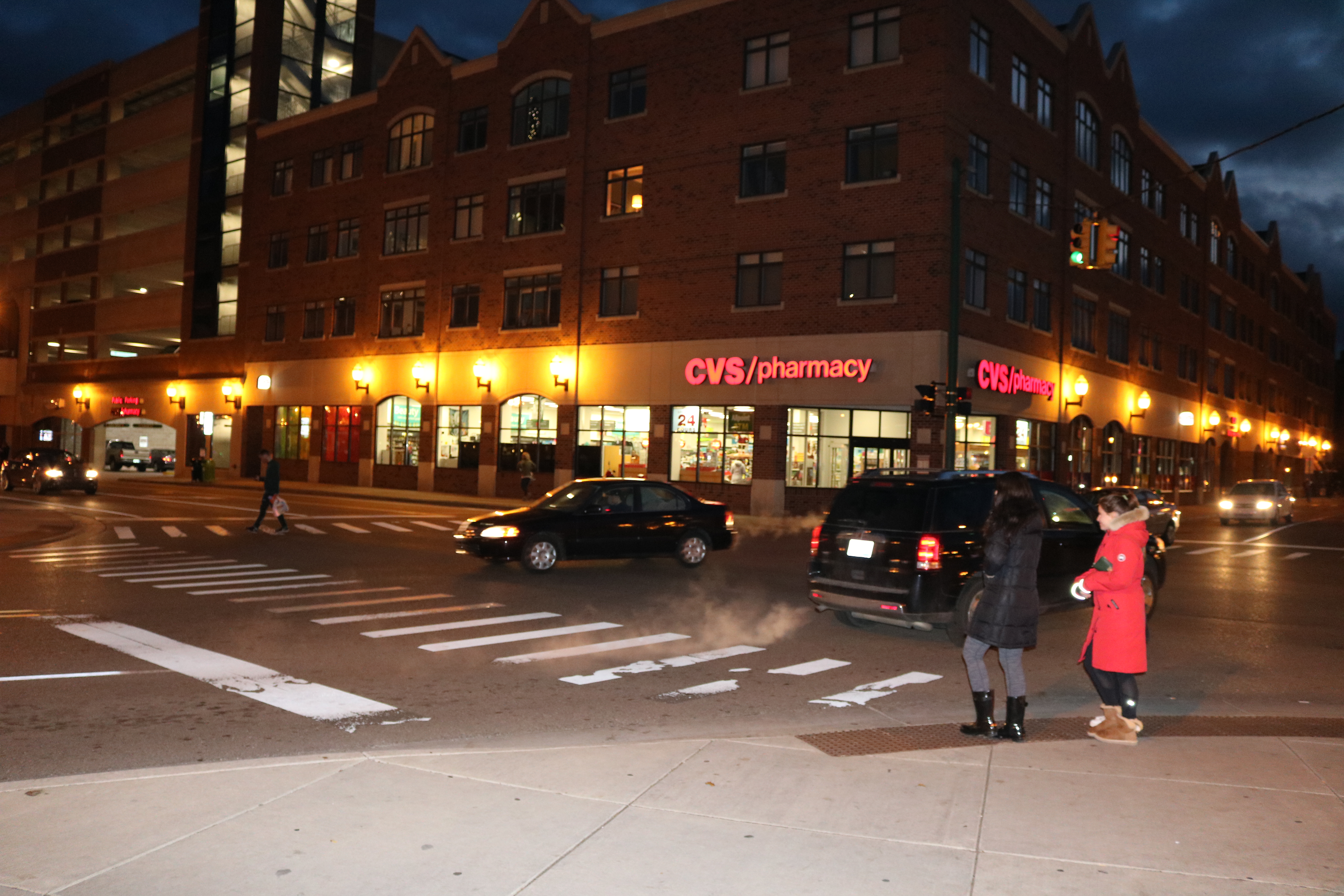 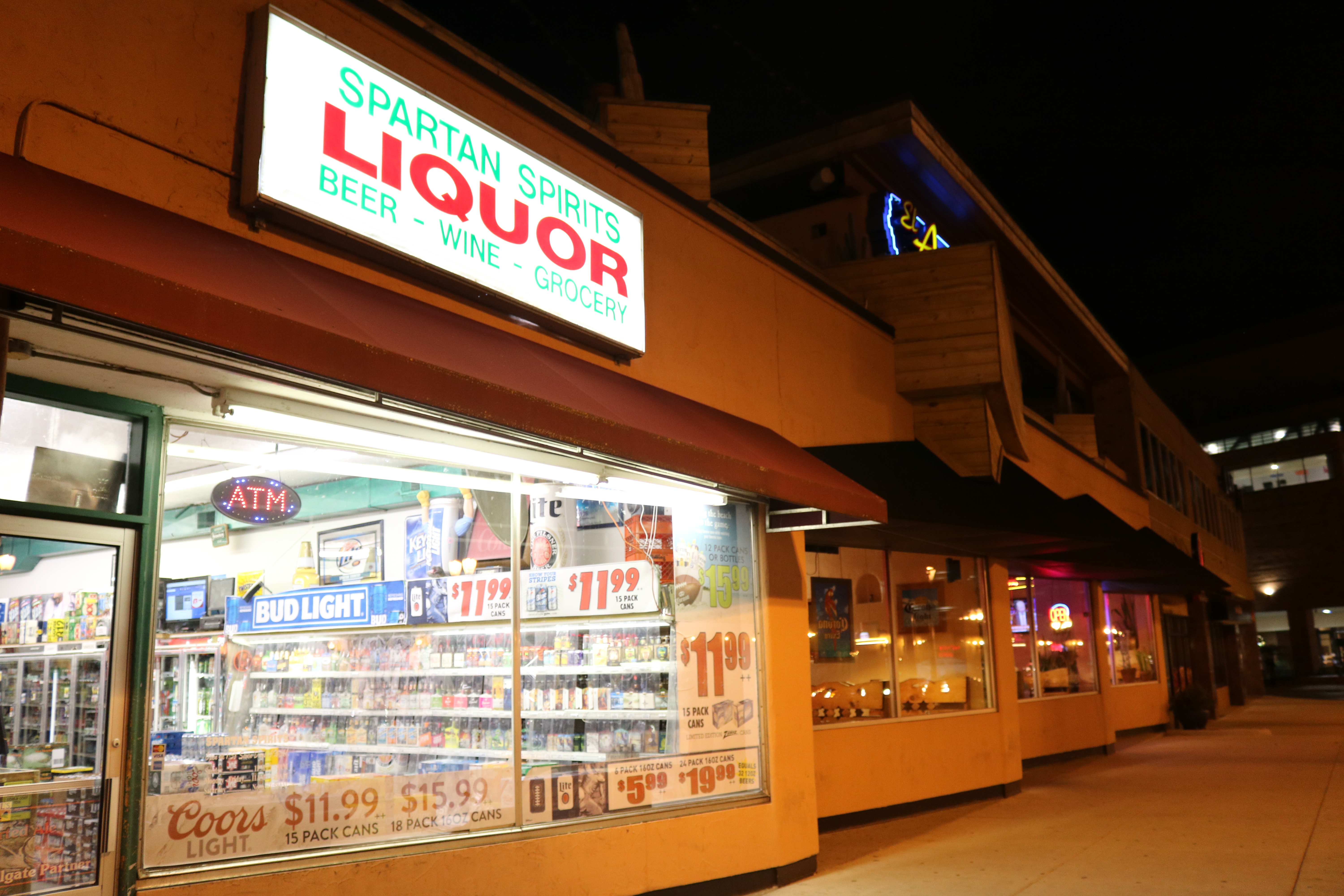 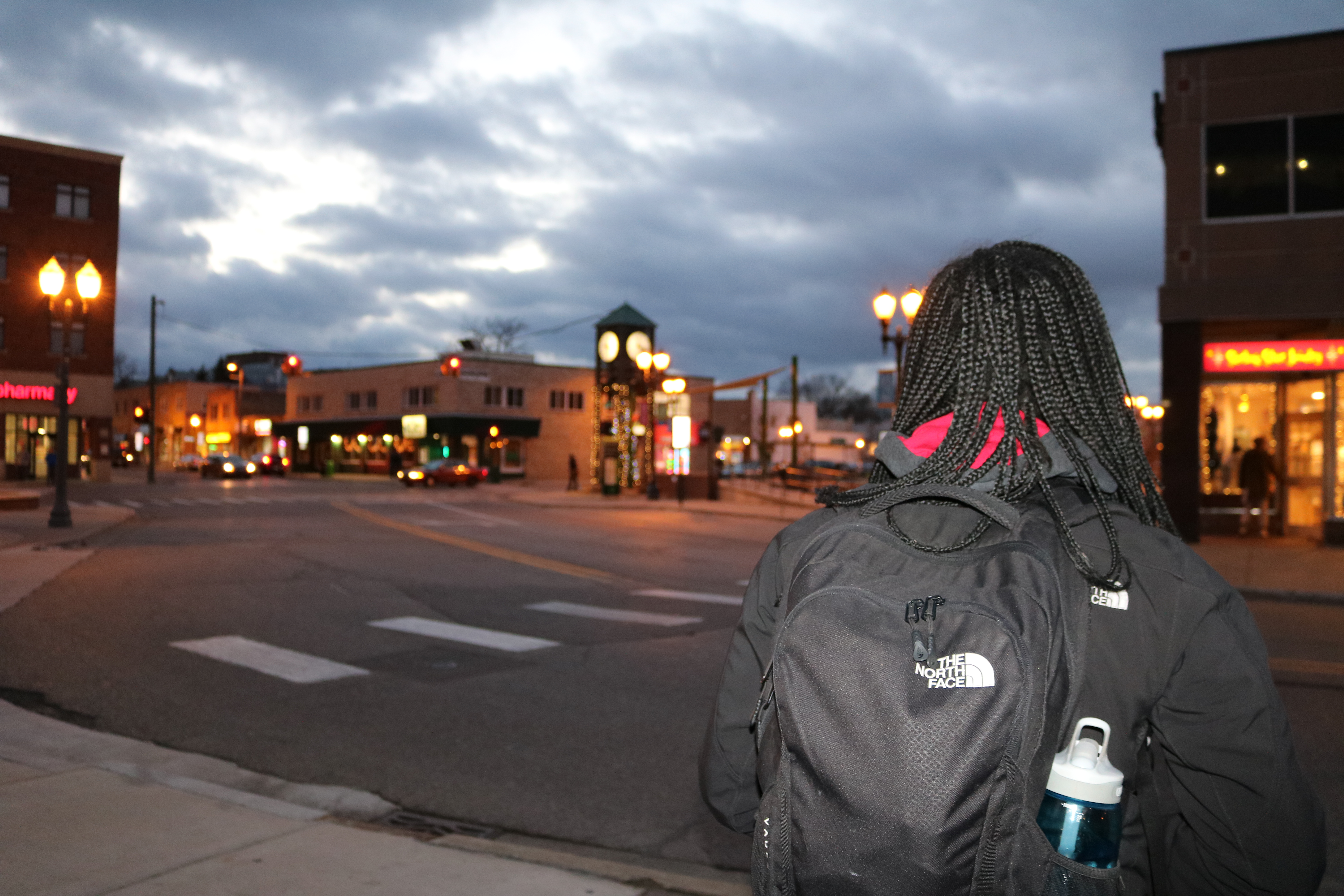 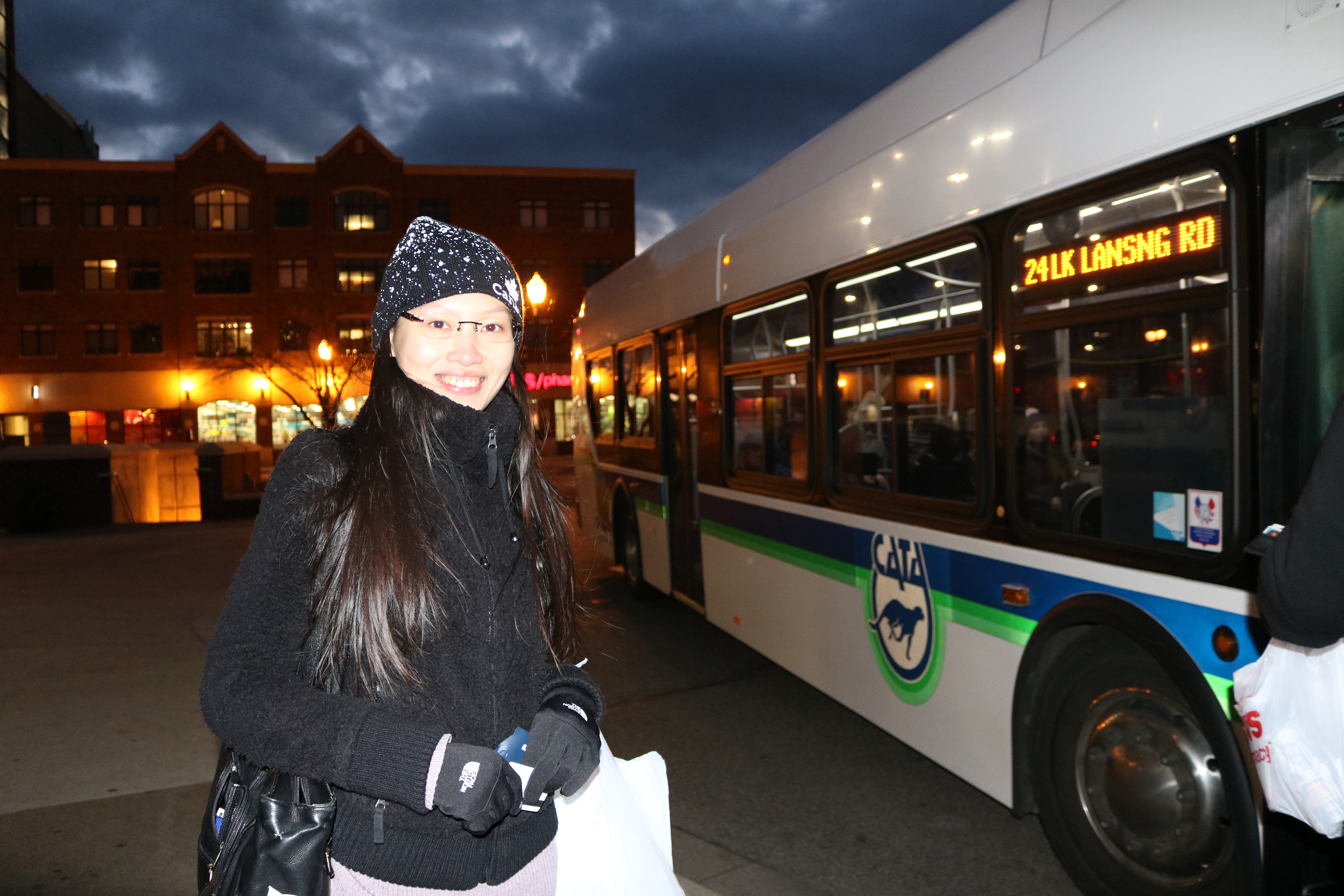 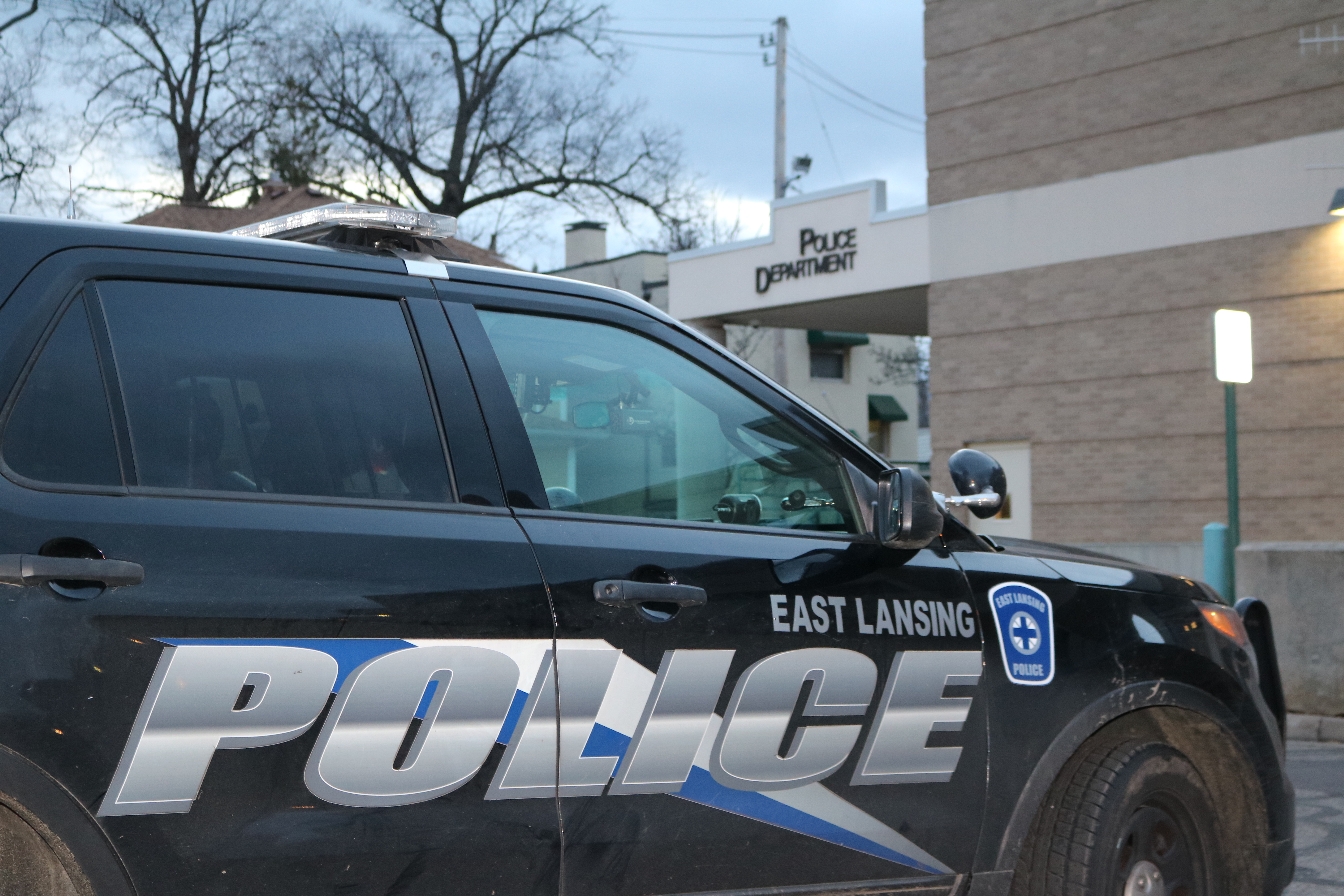