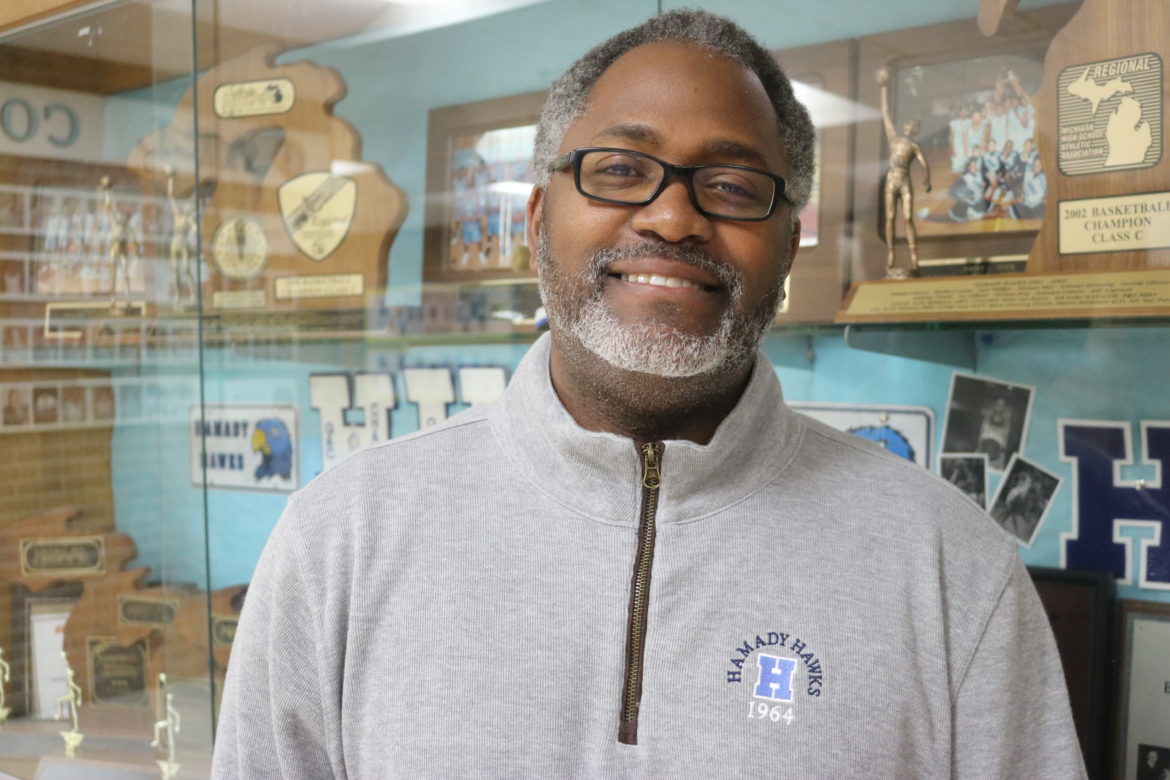 Principal Les Key of Hamady High School near Flint, Michigan, has been an advocate for efforts to fix the city's lead-contaminated water system, among other issues.

Les Key says he is on a mission to help Flint’s youth overcome the city’s struggles.

Key is principal of Hamady High School, with is just outside the city. He said half of his students live in the city of Flint, which has been in a state-declared financial emergency since 2011. In 2014, as part efforts to resolve its budget deficit, the city switched its water supply to the more corrosive water of the Flint River, which damaged the city’s water infrastructure and caused lead to leach from the system’s pipes into the water supply.

Spartan Newsroom: If you could sum up the attitude of Flint toward politics what would you say?

Les Key: When it comes to our city, we just want justice.

SN: Are you referring to having access to clean water?

Key: I think people maliciously done this. They knew what was going on. That means they don’t care about humanity. They care about dollars. Why else would the water still be poisoned 400-and-counting days later?

SN:What do you think is missing from the political conversations?

Key: We’re talking about emails. W e’re talking about a person’s taxes … Those are just distractions really. What about veterans? I’m a veteran myself and when I was injured I got close to nothing from the government. What about rights to clean water? There are moments when I’m listening to the conversations and I’m like hold up, why are we even talking about this when people in Flint are still cooking with bottled water?

SN:Do you think there is a distrust when it comes to Flint and the federal government?

Key: I’m a social studies professor by trade so I don’t trust government anyways. There is just so much out there that’s not right. So much red tape.

SN:Why do you think the national conversations about Flint have slowed down?

Key: We don’t want to discuss issues of race in this country and that has been made obvious. There have been times when I have tried to talk about racism only to hear someone tell me if I have complaints about America I should go back to Africa, or that I am just not over slavery. We can talk about the Holocaust, though. The theme for that is “never forget.” Yet we are supposed to forget.

SN:What do you have to say to the people of Flint losing hope?

Key: My theme is control your own destiny. How do you change the world? I cannot change the whole world, but I can help change a part of it. Justice is the biggest thing. Do what is right by people. You can live poor, but you don’t have to live dirty.