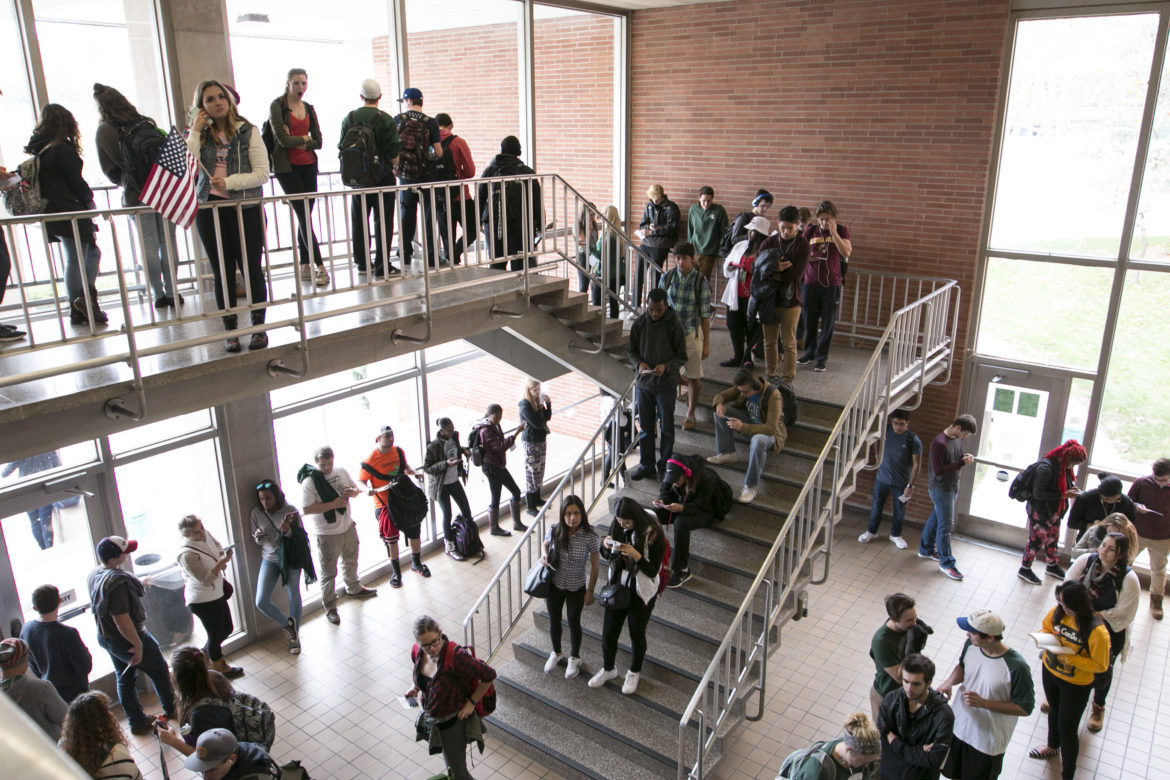 Lines fill the stairs as students wait anxiously to cast their vote Presidential Election on Nov. 8, 2016 at the IM West Building in East Lansing, Michigan.

Leanne Pregizer was eligible to register to vote for the 2012 election, but chose not to because she didn’t know how to go about it.

In 2016, a friend told her about Turbovote, a nonprofit website that helps people register to vote, update registration or request an absentee ballot.

“The site was really easy to use, and they laid out the steps really well,” said Pregizer, Michigan State University law student .

How did they do it?

It took some students at IM West two hours to get through the line to vote. 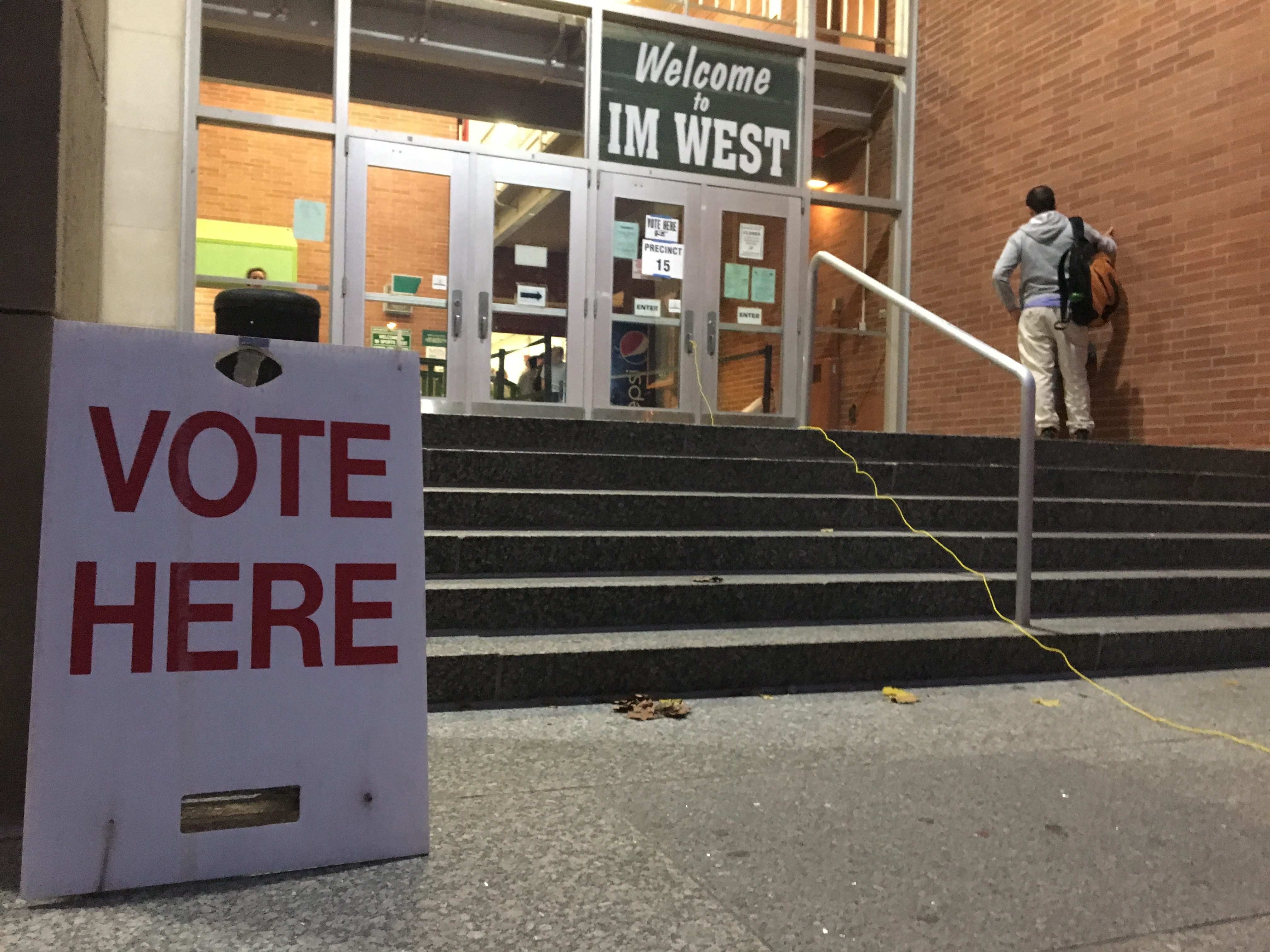 Voters waited up to two hours to cast a ballot on Election Day at Michigan State University's IM West building. 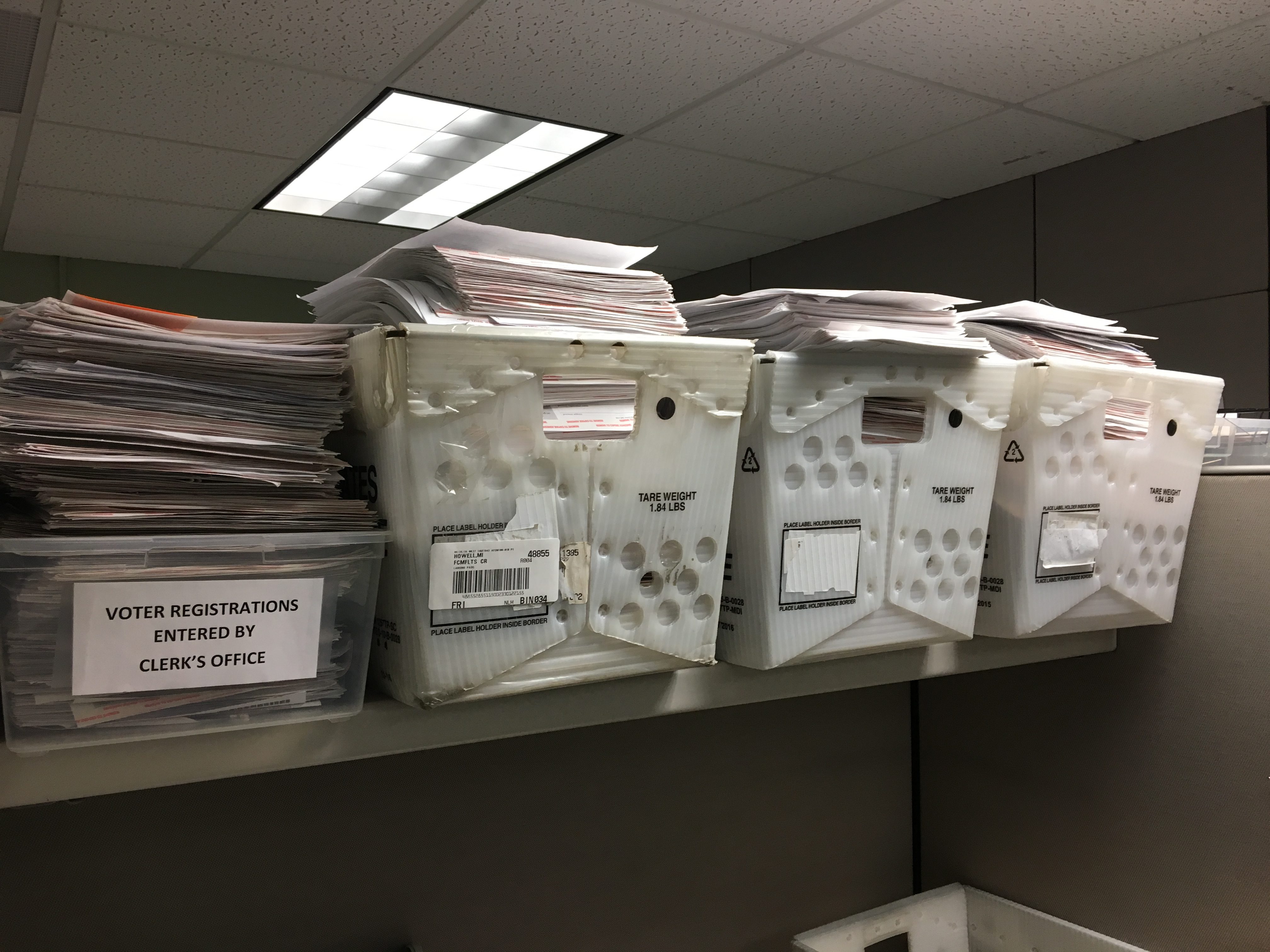 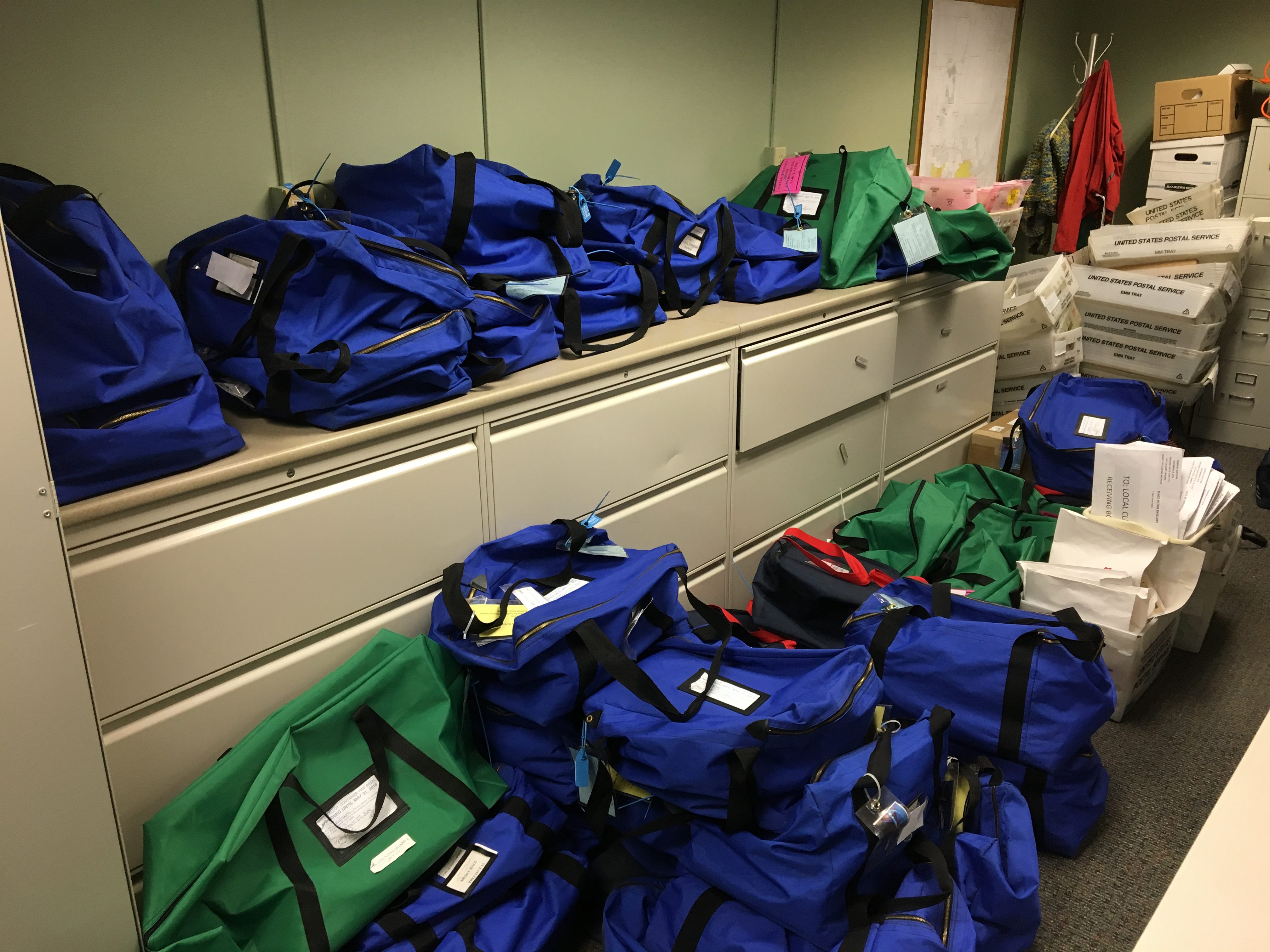 Turbovote, a service supported in part by ASMSU, potentially had an impact on voter turnout.

Turbovote sidesteps the normal process for Michigan residents to register to vote, allowing potential new voters to register using an online portal. The service then mails completed voter registration forms with a postage-paid envelope to those individuals, who need only mail them to their local clerk.

Wicks, East Lansing’s clerk, said she saw high interest from younger voters in this election during the primaries, spurred in part by Vermont Sen. Bernie Sanders in the Democratic primary. She said Republican Donald Trump, too, inspired a segment of voters to get out and vote.

And student groups worked hard to canvass campus to sign students up to vote, Wicks said. Student groups and the clerk’s office didn’t want to see a repeat of the 2015 city council elections, when only 26 campus voters turned out to cast a ballot.

The MSU College Democrats conducted voter registration at various MSU events and throughout campus, making it almost impossible for students to walk to class without being asked if they had registered to vote.

“They were out there every single day not only pushing voter registration, but talking to people about why it’s important to register to vote and then go out and vote,” said Bryn Williams, a Michigan State student and former community liaison at ASMSU, MSU’s undergraduate student government.