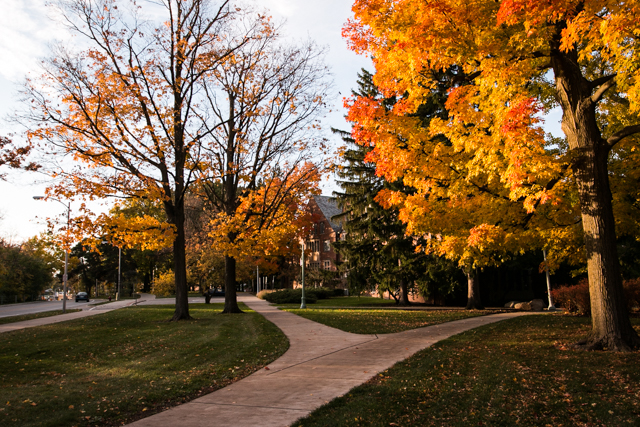 Experts say Michigan should do-away with manufacturing and turn to alternative energy.

But those changes — at least in the short term — are likely to be shaped in part by the incoming Trump administration.

During the campaign, President-elect Donald Trump threatened to pull the United States out of the Paris climate agreement. In an interview with “Fox News Sunday” on Dec. 11, Trump said he’s open-mined about whether climate change exists, but also said, “Nobody really knows.”

“The conversation about climate change in Washington will be very different now,” said Michael Jones, a Michigan State University fisheries and wildlife professor who studies the efforts of climate change on fisheries in the Great Lakes.. “The biggest effect in government will be less push to adapt to climate change.”

Aaron McCright, a sociology professor at Michigan State who studies researches public understanding and political dynamics of climate science, thinks Michigan should focus on developing and building new technologies instead of some lower-skill areas of manufacturing.

“Michiganders have to find a way to become competitive in the 21st century,” McCright said. “There are a ton of people who are from industrial families, are problem-solvers, and I would like to see us be the intellectual property headquarters of the 21st century.”

McCright said opportunities in the industrial waste field are available in Michigan.

“If we could find ways to solve problems of cleaning up old industrial waste sites to make them livable or transformed into a small business, then we could export that technology all around the world where other people are having the same problems,” McCright said. “That could be how we grow jobs.” Sociology Professor Aaron McCright said MSU is a key innovator in the climate change fight and could foster new ways to benefit from it.

Trump has nominated Oklahoma Attorney General Scott Pruitt to lead the Environmental Protection Agency, the federal government’s primary regulator on environmental issues. Pruitt has been critical of the agency and its efforts to address climate change.

“Recent remarks by both officials point to their stance that global warming does not exist,” Kassens-Noor said in an email. “If that is the national position, we will likely see a defunding on issues that primarily target climate change research.”