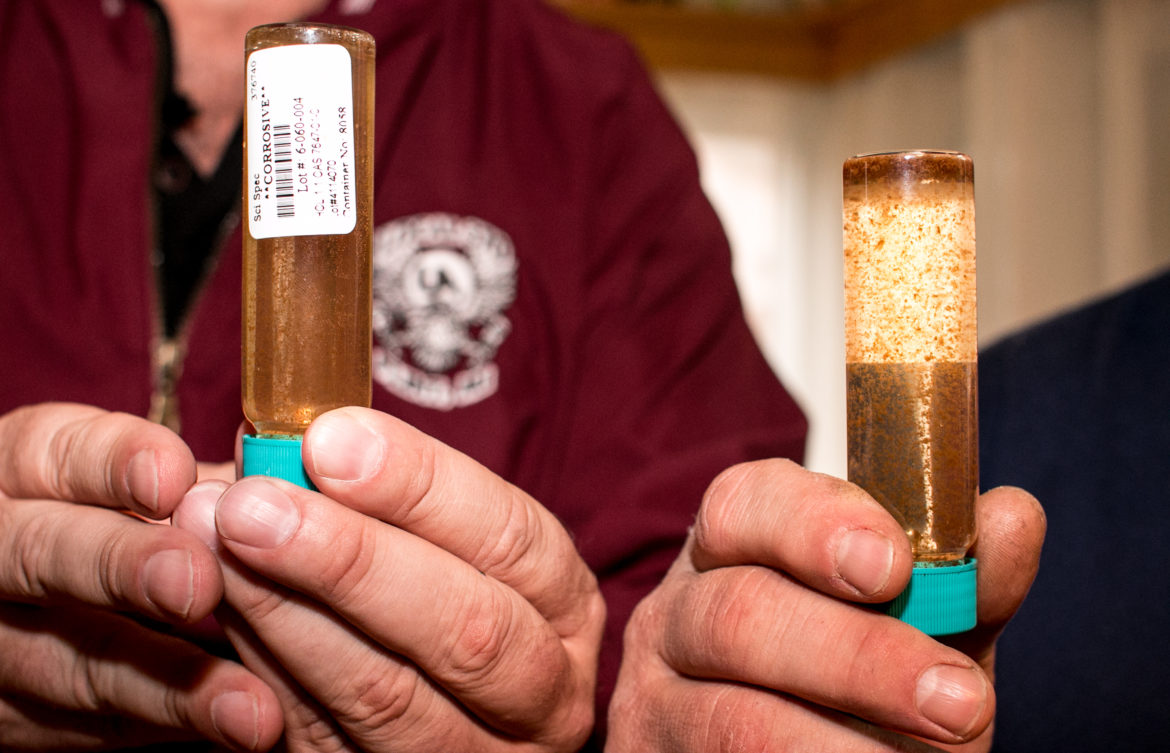 When it was discovered that Flint’s municipal water supply was contaminated with lead, environmental and community groups mobilized to push local and state government officials to address the problem. But Flint is not the only place in Michigan where residents are fighting for environmental justice.

Jeremy Orr is the environmental justice coordinator of the Michigan Environmental Justice Coalition. His job is to work with people in those communities to help make sure their voices are heard.

Spartan Newsroom: Your coalition consist of over 50 organizations around the state. How were these groups able to come together and form this coalition?

These grassroots organizations are made of individual and community members that live and work and play in the communities were are going into. For Jeremy Orr, Michigan Environmental Justice Coalition coordinator, the water crisis in Flint showed that although the environmental justice groups have had significant victories throughout the years, environmental injustice still exists.

Orr: We see it all the time, not just in environmental issues but in other issues, political or social issues. We have a few people on the top who think they can solve the issues and they have all the answers. They make these legislative changes without the insight of community groups and it always fails. It always ends up being some type of problem because the people who have the insight and the knowledge of the problem are the people that live in these communities.

SN: The Detroit Environmental Agenda says that 88 percent of the population of Detroit are people of color and the city asthma’s population is the highest in the metro area. We see frequently, not only in Michigan but in other states, that communities with minority populations tend to have the higher rates of pollution. What is your organization doing to eradicate this?

Orr: We operate in a political climate where our legislators and our state government can really do more in our communities and for communities of colors. We are helping communities with permit issues, so when industrial polluters want to increase air emissions or want to increase release in the water or make decisions about hazardous waste, we challenge them. So whenever an industrial polluter want to increase pollution that harms a community, they have to go to the state and file documentation. And what we are doing is to provide comments and fight pollution at a grassroots level and sometimes it goes to court.

SN: I’m assuming there are some challenges in the coalition. Do you face the challenge of having members of the community not interested in participating in the coalition because they have more important issues to solve, like helping their kids with asthma or other conditions associated with the pollution in their communities?

There are so many other barriers because the person lives in poverty…. We end up having to worry about everything else, which makes perfect sense. If I am a person who is living in poverty, the last thing on my mind will be attending some meeting on the other side of town to talk about a bunch of science that I don’t even understand.

My job is to make sure that our communities are able to get involved and to take part of the meeting and help create change. So when we have meetings, we pay for transportation. And that’s the biggest challenge: How can we engage with the community and meet them where they are so they can engage with all the barriers that they have?

SN: Something that I find very interesting is that not a lot of people have called the Flint issue a scheme of environmental racism. But we see the demographics of Flint. We see the socioeconomic status of Flint. How do you see the panorama in Michigan in terms of environmental justice? Do you think it’s better than before? Do you think it’s worse? Are you optimistic about the future?

Orr: Environmental injustice still exists. I see it in my job every day, but we are making progress. I think we are going in the right direction. Now, after Flint, I think we all need to take a step back. This is a predominantly African-American community that, the majority lives below or at the federal poverty level. This is a poor black community where this decision was made. We have to take a step back and ask ourselves, would this decision have been made in any other community, a predominantly white, affluent community? There is no question about it. The decision would’ve not been made. When you think about that, it’s hard not to say that we are not as a far along as we think we are in terms of environmental justice and environmental issues.

There are issues that communities around the state have been facing way worse than Flint but for years, for decades. So I think I’m optimistic that cities, colleagues and individuals are more alert. I think they are open to have the conversation about environmental justice.