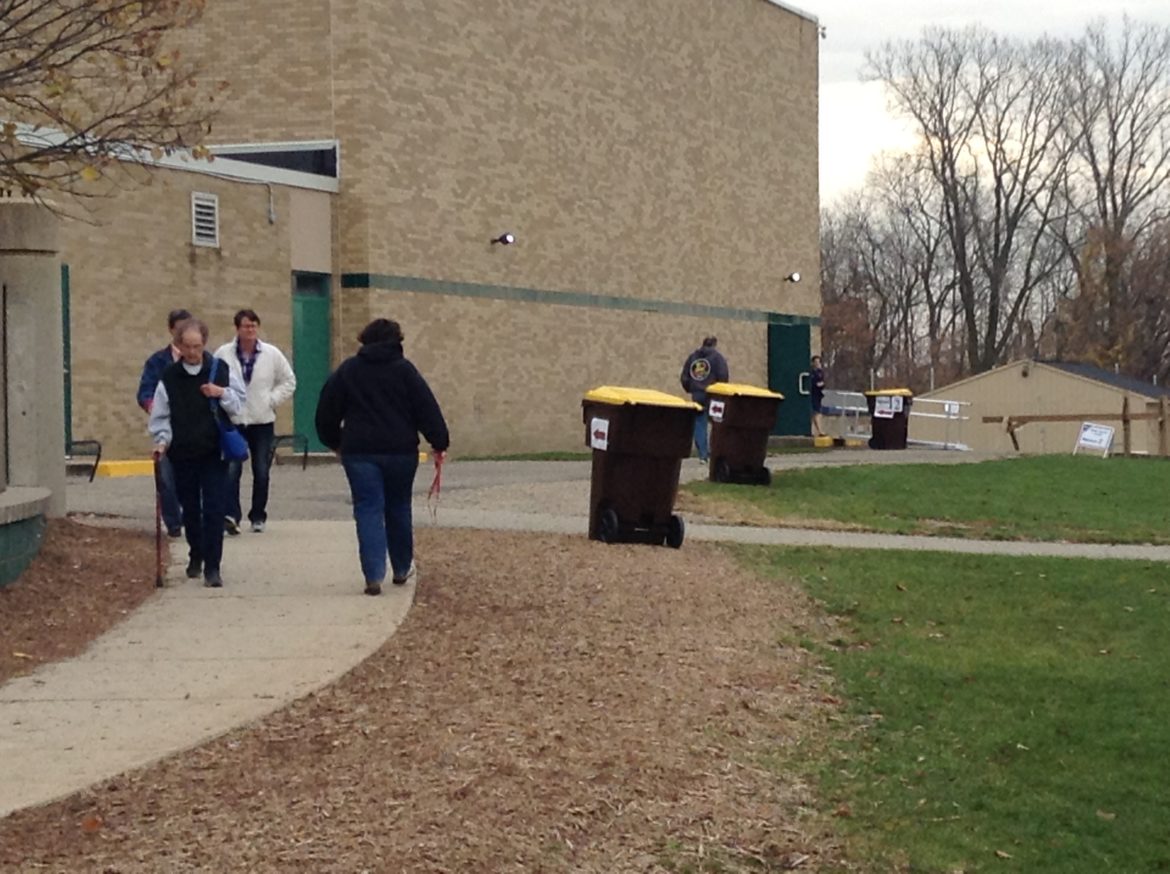 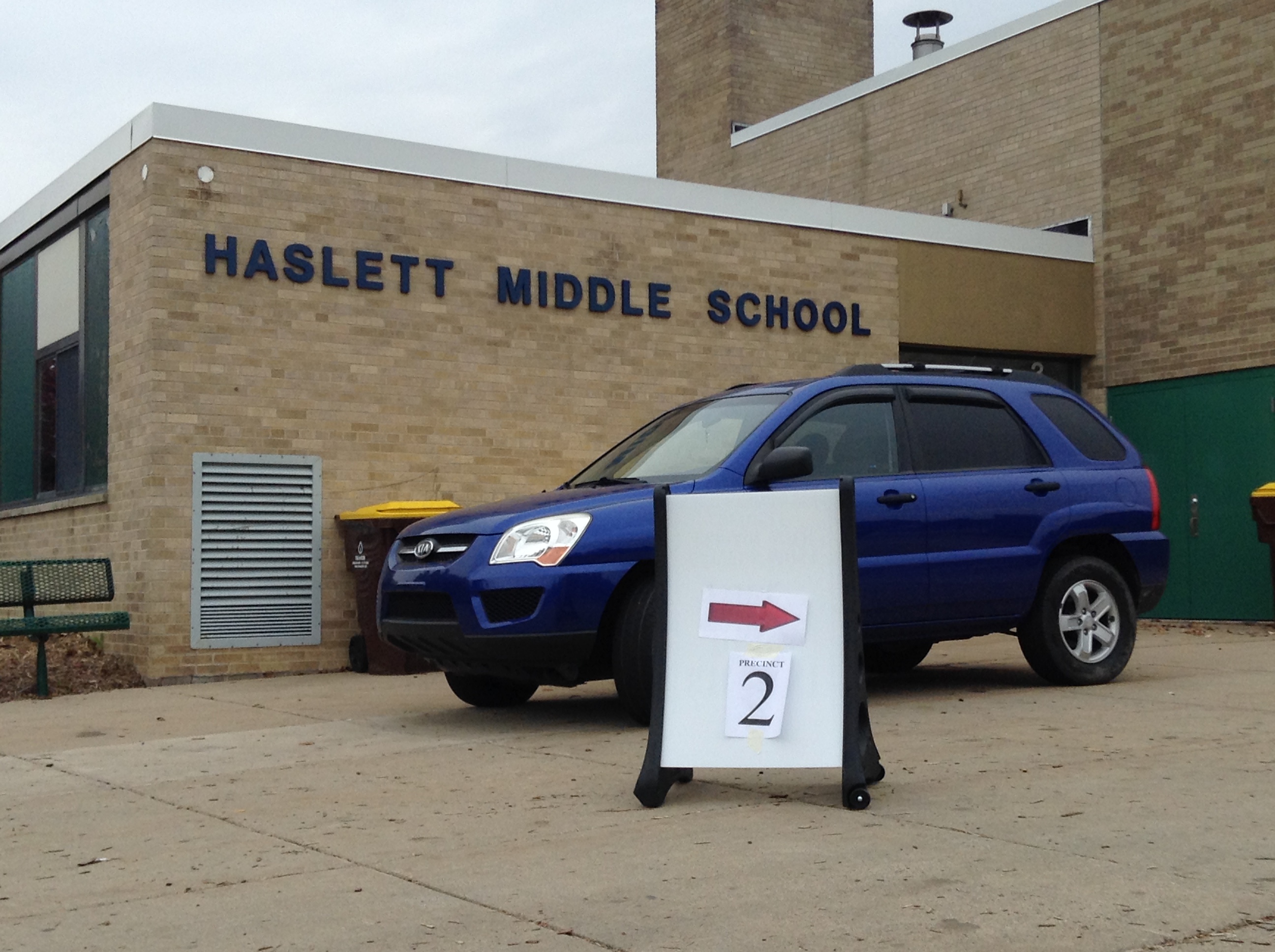 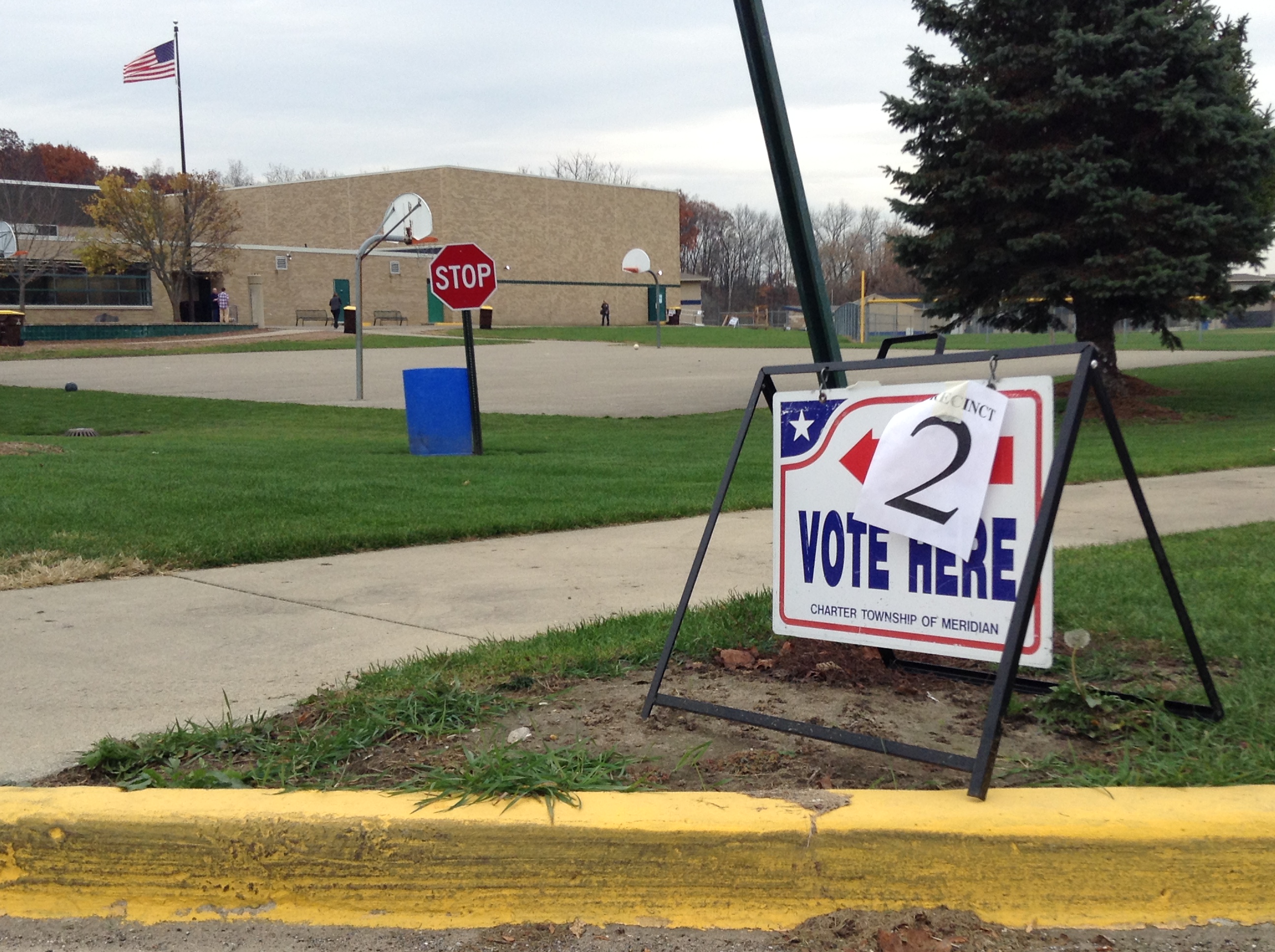 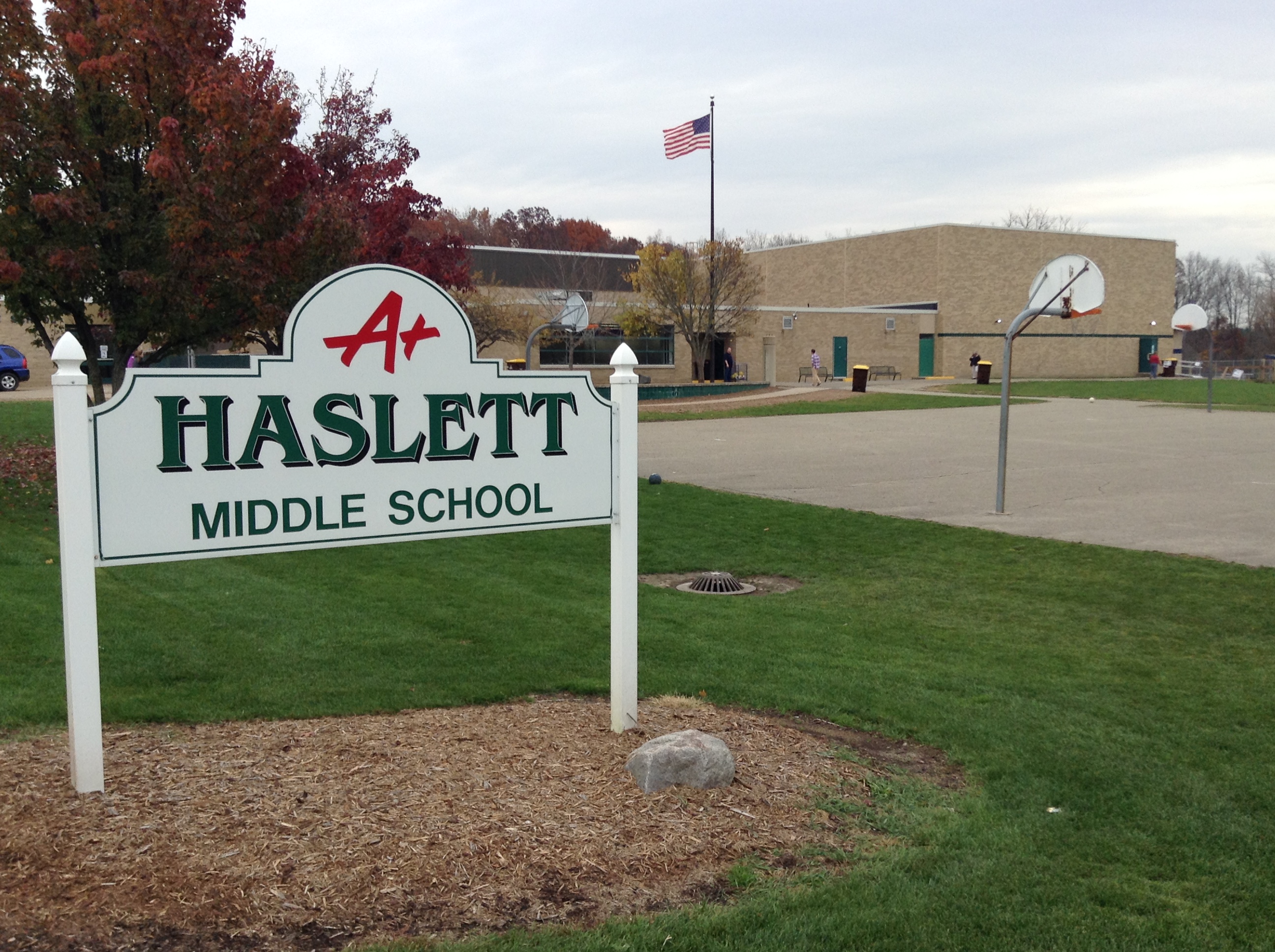 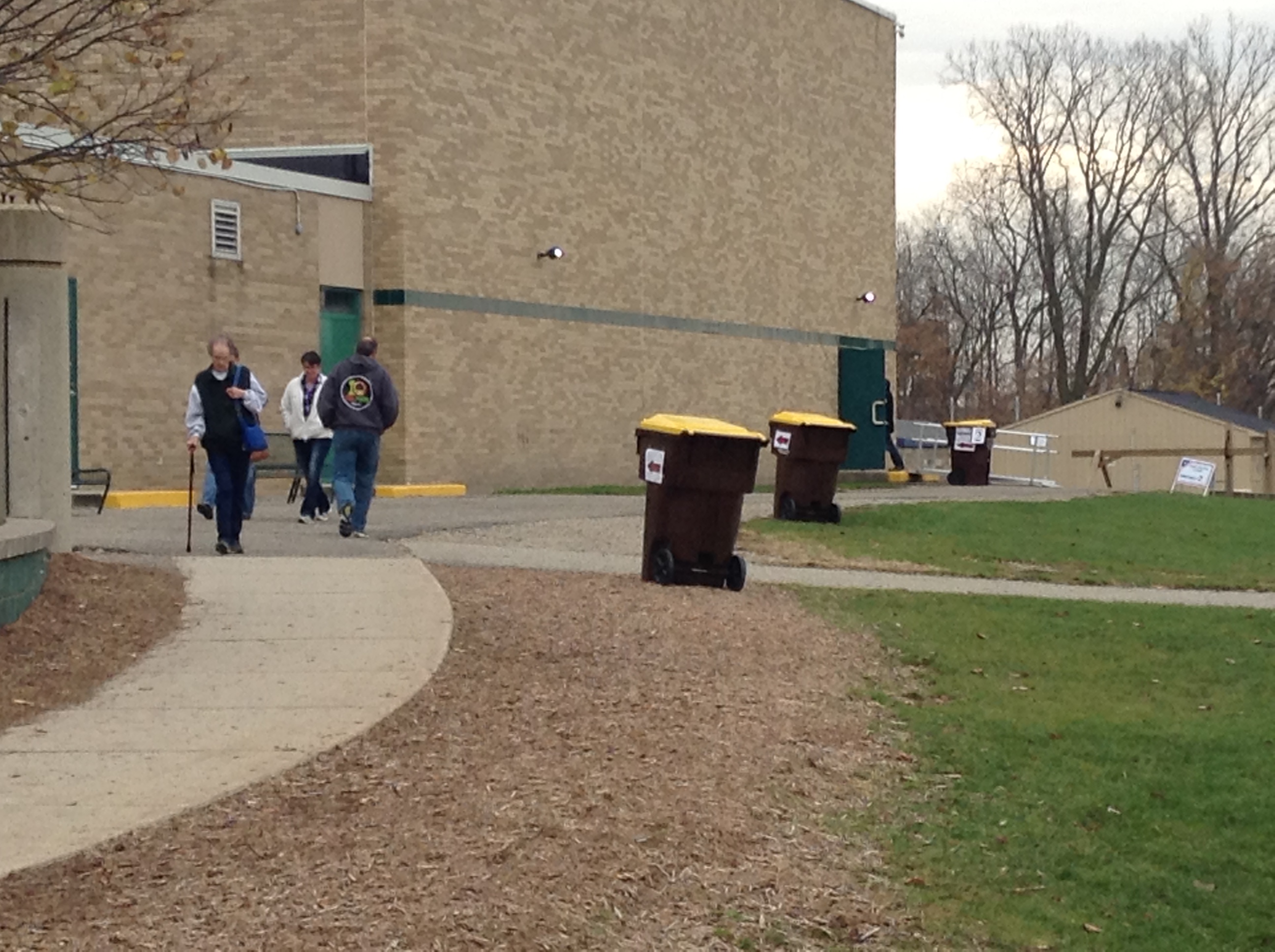 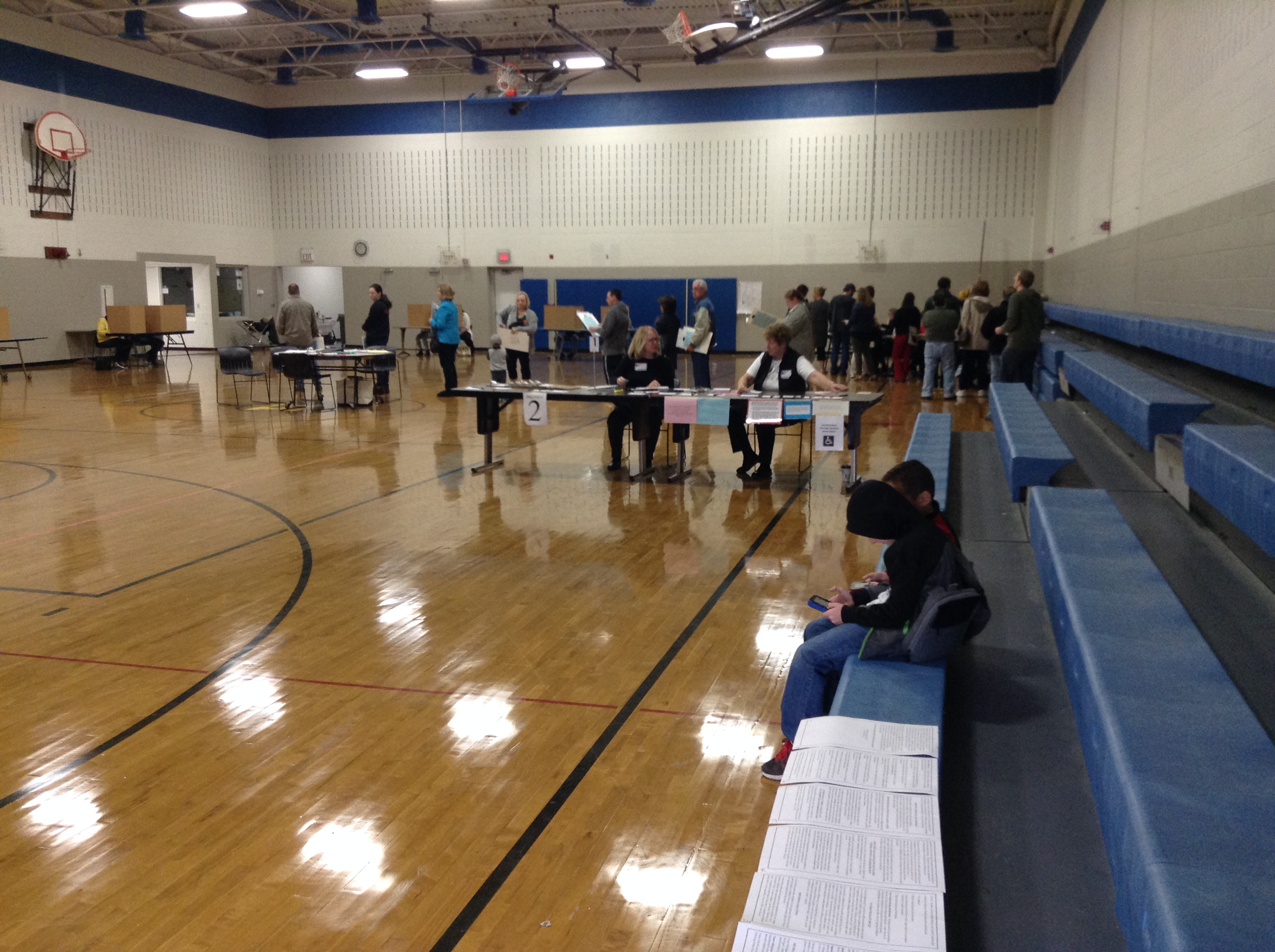 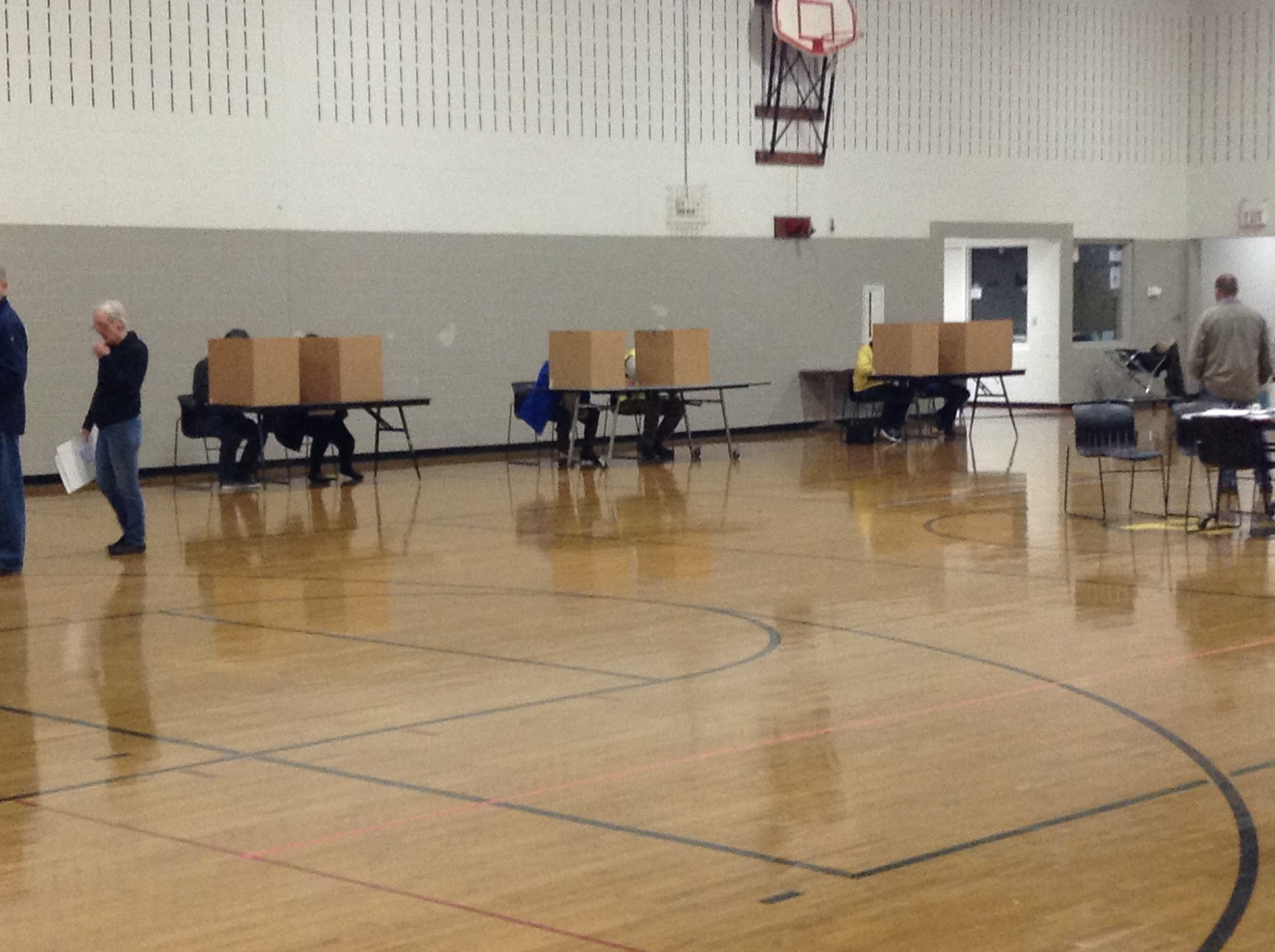 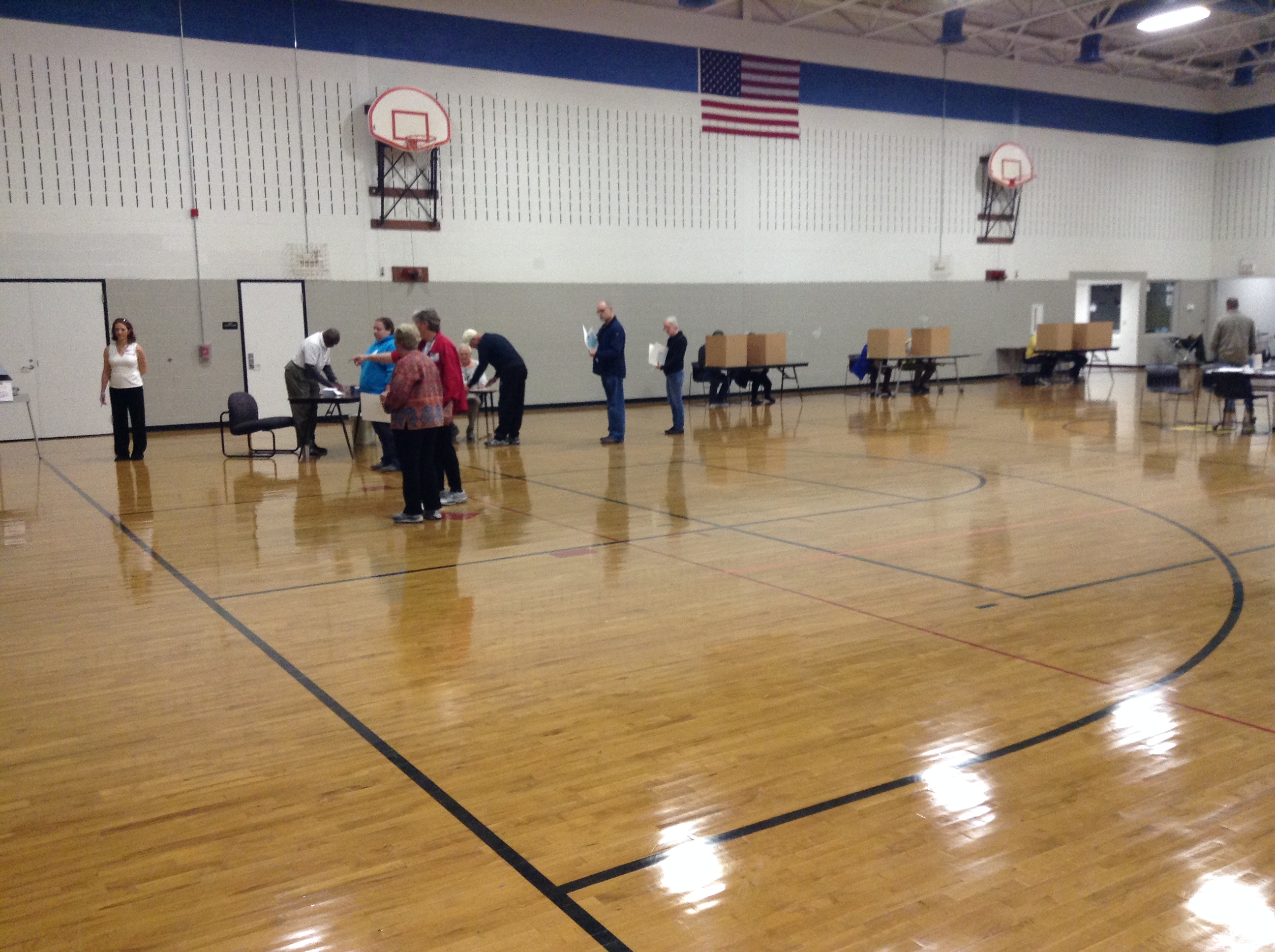 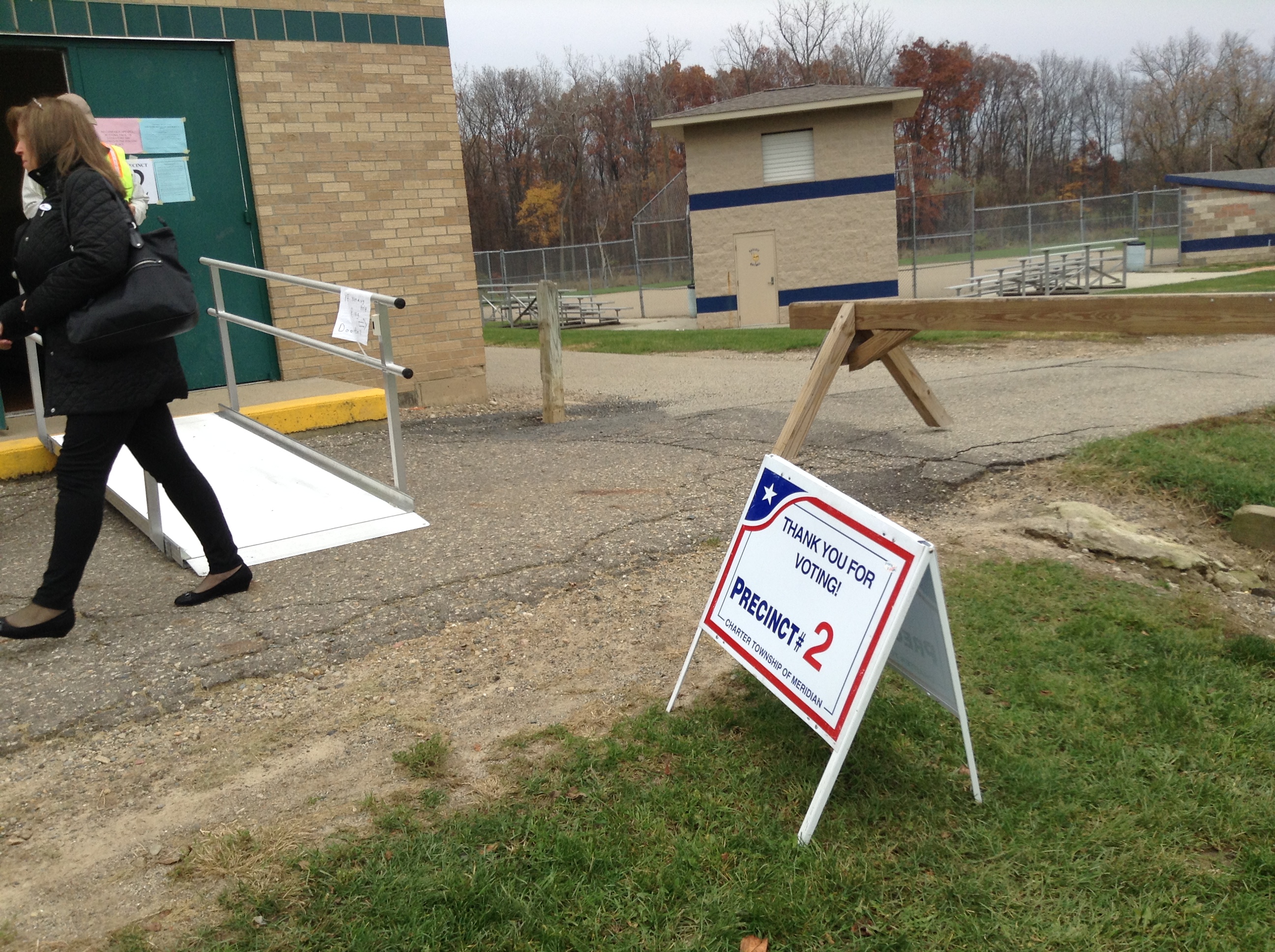 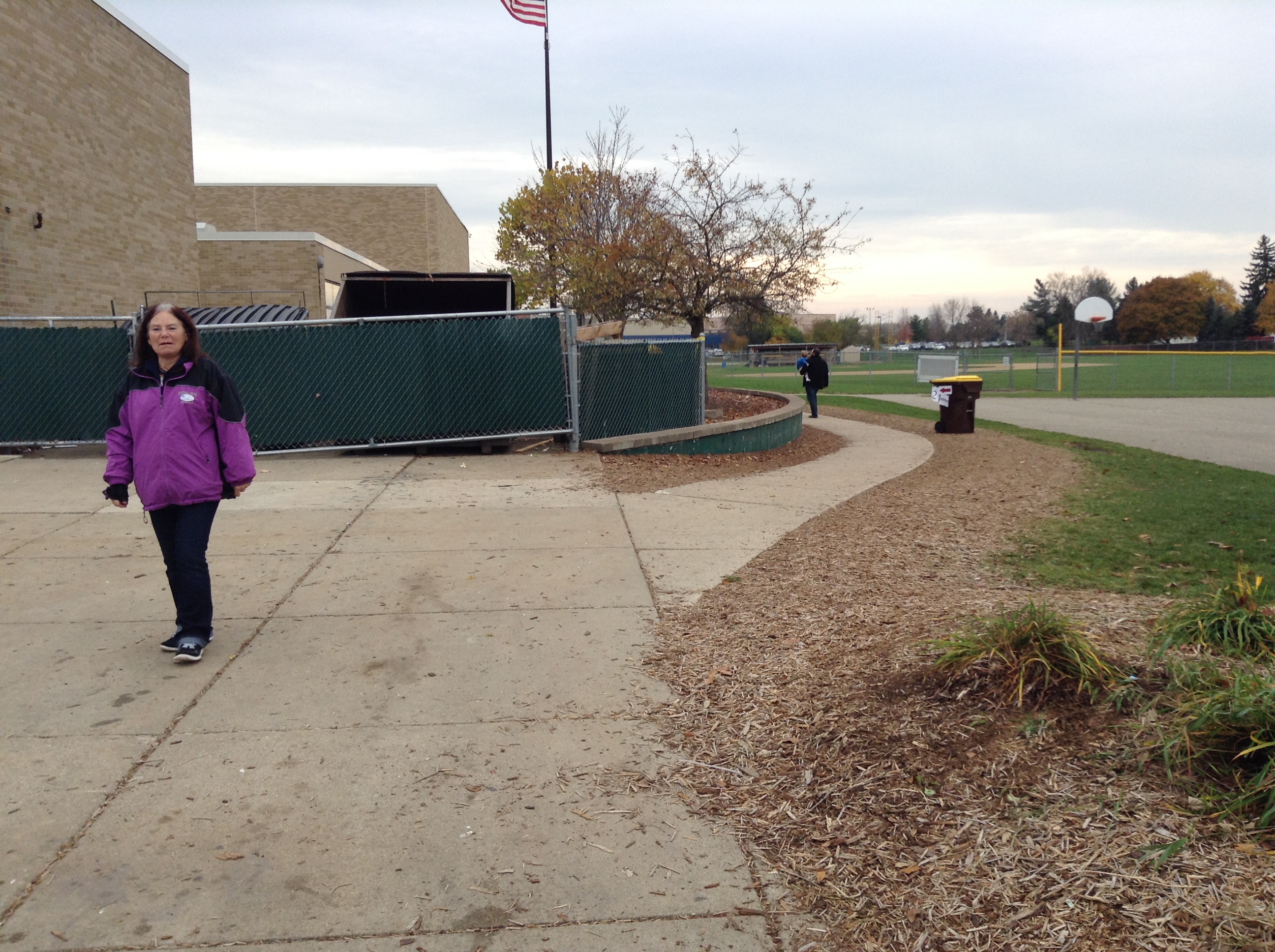 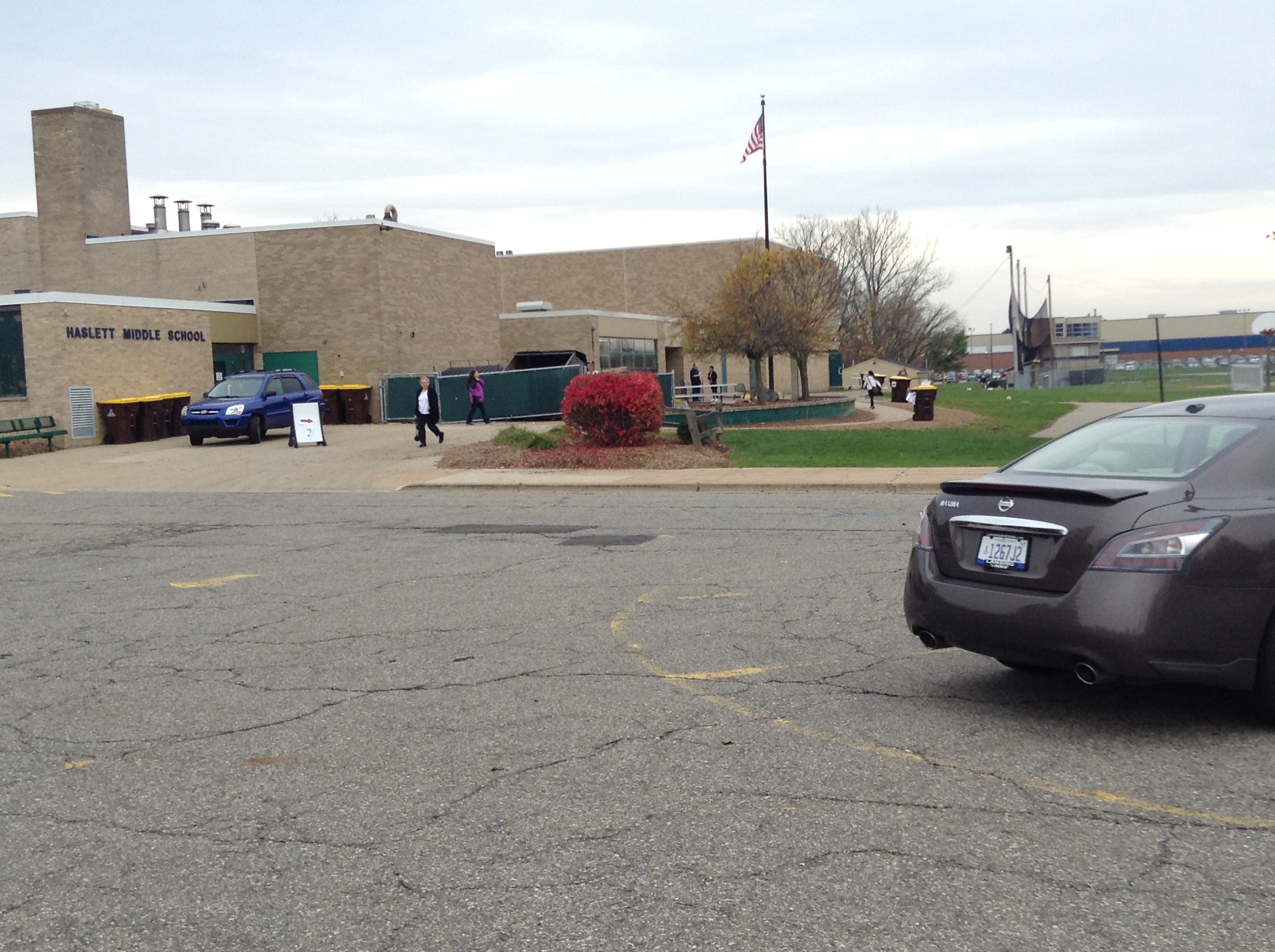 The drive for people to come out and vote has brought an overwhelming number of people to the Meridian Township polls. A morning rush at Haslett Middle School had nearly 100 people waiting in line before the doors opened.

“We don’t even know what our count is right now because so many people have come in, we can’t keep track,” said Irma Lillrose, co-chair of the precinct. “Normally we keep track by counting the people that walk in and the people at the desk, but it’s been so crazy so far.”

“We always have a crazy long line in the morning for presidential elections,” said Lillrose, who has co-chaired at the precinct for six years. “It seemed to me like we were this busy four years ago. It always seems to be busy until around 10 in the morning and then it’s slow until people come for their lunch break.”

While this morning rush seems to always cause problems, co-chair Ginger Petty thrives off the heartbeat and hectic environment that comes with the stress of Election Day.

“I still get the same adrenaline rush when we go through all this,” said Petty, who has run this precinct for more than 20 years. “There was a long line all the way to the parking lot right when we opened.” She added that a computer glitch “stopped things from starting, so it made for a crazy morning. But we talked to people and told them what’s going on and they understood.”

Another rush was expected at lunchtime. A lull then comes until 5 p.m., when residents vote on their way home from work, Petty said.

Haslett resident Mike Paquet knew the risk of long lines in the morning, and decided to vote a couple hours later.

“I waited until the ‘going to work’ crowd was over with and I was only in line for maybe 10 minutes,” said Mike Paquet, who has been voting at the same precinct for more than 30 years. “It was well organized, there were 10 booths for 10 people at a time so it went pretty fast. They scanned my ID and found me in about two seconds, rather than the old days where they would search all the pages and cross my name out the old-fashioned way.”

Voter Kristin Herterich said long lines should have been expected with this historic election.

“That actually went a lot quicker than I thought. I was expecting to be here a lot longer than it was,” Herterich said. “I don’t want to mess with all the people coming before or after work, or during the lunch break. People can complain about the long lines but this is a huge presidential election and you should have expected the long lines.”