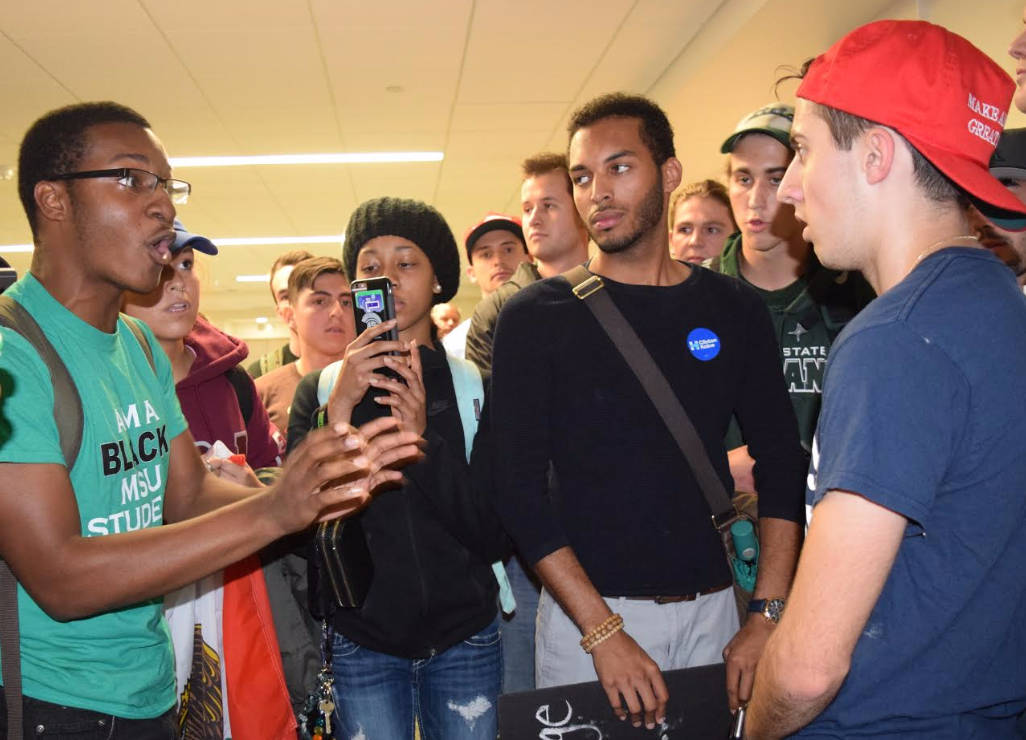 MSU student Jeremiah Grant yells "They're not letting us in, but they're letting you all in!"

Donald Trump Jr.’s appearance at Michigan State University on Nov. 2 brought out protests on several fronts including racism, women’s rights, immigration and LBGT rights. At one point, some protesters said they were being excluded from the rally on the basis of race and gender. At another, some blocked doorways.