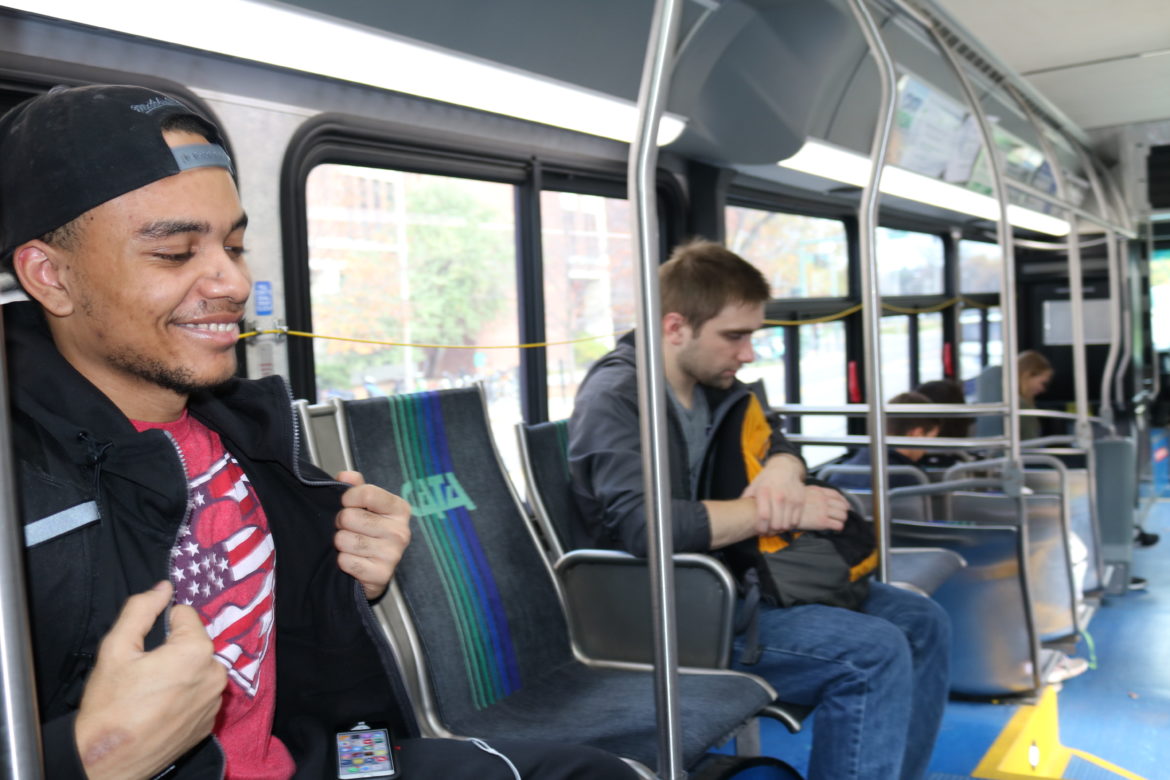 “It’s either you stand for something or fall for nothing,” said Michigan State University freshman Sam Bryant on voting in the 2016 Presidential Election.

Thousands of MSU students feel the same way, with record-high numbers of new student voters registering to vote in this year’s election. MSU junior Cha’Kiara Payne rides the CATA bus to her polling location to vote in the 2016 presidential election.

MSU junior Cha’Kiara Payne said, “In my opinion, even though other people say their vote doesn’t count, things like that, every vote is taken into consideration with the electoral college and stuff. That’s why I think it’s important for me to vote as well.”

CATA, which offered free rides on Election Day, made it easier for her to get to her polling location as well, Payne said.

MSU packaging sophomore Alex Long said, “I just feel like you need to do your civic duty, especially as a woman, I’ve got to vote.”

Long also said this is the first election she’s voting in.

“It’s definitely an interesting one, especially being my first. But there’s always going to be weird ones, some other time will come again with crazy…it’s just going to happen,” Long said.

Some voters are turned off by this year’s candidates, and aren’t able to justify voting for any of them.

MSU sophomore Sajjad Abdul is one of them, and he said he isn’t voting in this year’s election.

“I don’t believe in either of the two candidates, I don’t trust either of them and I don’t feel that they represent me or my beliefs adequately,” Abdul said.

“I feel like neither one of them represent us well, but one representative is better than the other,” Bryant said.

“You’ve got to do it. If you don’t you’re basically just giving up a right that you have,” Long said.