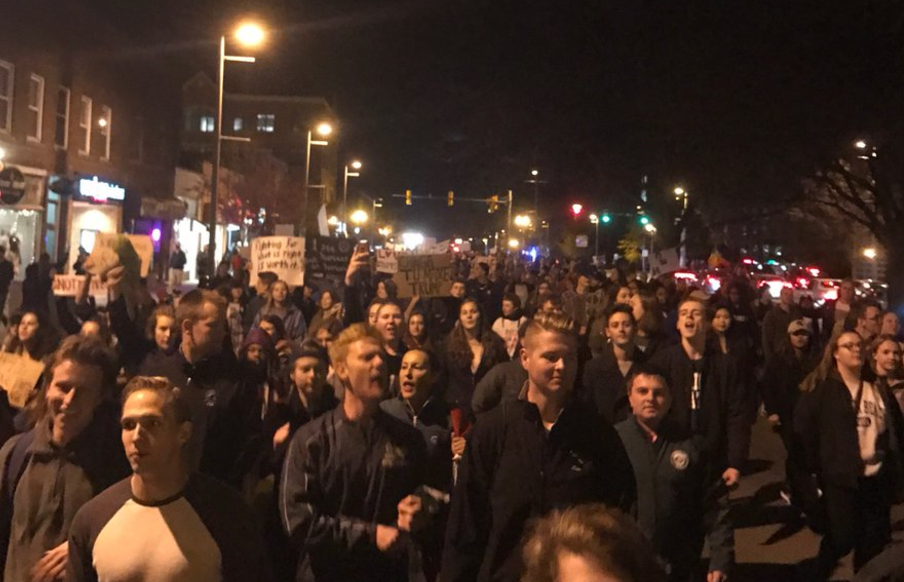 A 5:30 p.m. post-election rally organized at The Rock on Michigan State’s campus grew into a march on the Hannah Administration Building and Grand River Avenue Thursday evening, finally ending at the Student Union. These are posts tweeted as the events developed. The original rally was organized by the College Democrats.