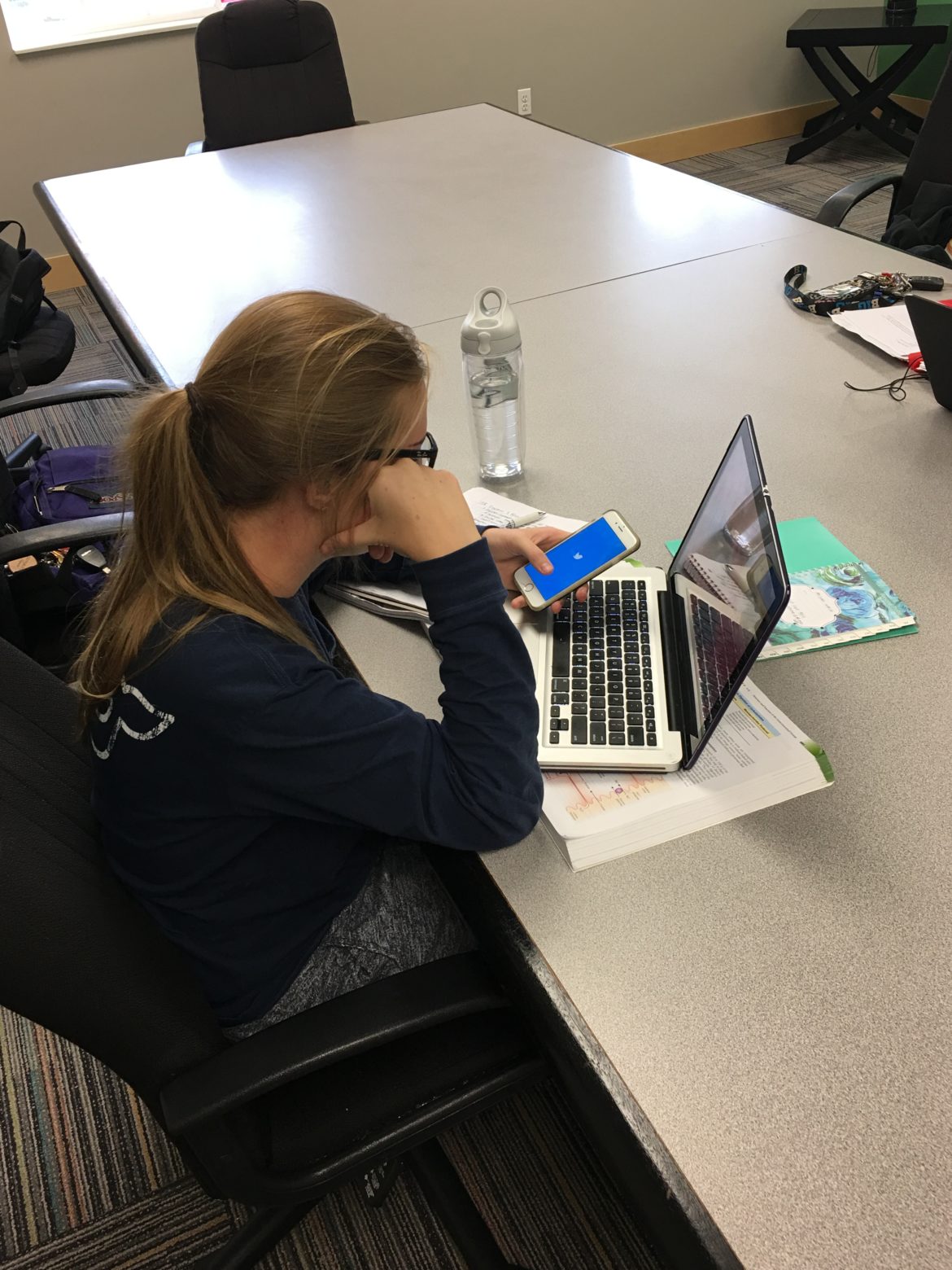 Megan Walsh taking to Twitter for the latest election news.

Social media use among millennials is at an all-time high. The Global Web Index Slideshare reports social media use in that generation increased 14 precent from last year. With the upcoming election it is being used as a main source of information.

Twitter, Facebook, Instagram and Snapchat are some of the most popular forms of social media used by young people. The millennial generation stays away from newspapers and TV news and gets most of their information from social media. According to a study done by the Media Insight Project, 88 percent of millennials get information from Facebook regularly.

The 2016 presidential election is approaching and it is the first time a lot of millennials will be voting. The younger generation will play a big role in this election, with 69.2 million voters.

According to Adweek, politicians are focusing on their social media campaigns to win over millennials, allocating nine percent of their media budget to social media. A study done by Forbes concludes that social media is allowing the largest living generation to control the vote because of two specific reasons: participatory politics and ongoing real-time conversations.

Matt Grossmann, Associate Professor of Political Science at MSU has a differing opinion. He said he doesn’t think social media plays a bigger part in this election compared to other presidential elections.

“Young people always get disproportionate information from social media since it’s been around, I think it’s not incredibly unique to this election, um there was pretty effective use of social media in 2008 and 2012.”

But Grossmann seems to be alone in his belief. Engage, a digital media firm reports that although social media was used in the 2012 election, it was used as an auxiliary method of communication. Candidates tended to favor short, calculated statements maybe once a day, but it was not the first place they went to release an opinion or issue a policy proposal.

Junior Nursing student Megan Walsh says most of the information she receives about politics and the election comes from social media.

It’s is a lot quicker and easier to just go on your phone and get direct and instant information rather than watching TV.

Walsh says she follows a lot of news outlets on Twitter and relies on the CNN Twitter page for election news.

Millennials are in and out of class and work all day long, making it much easier for them to get information with just a scroll of their thumbs.

To win the election, candidates know they need the largest generation’s vote. Social media seems to be the most popular way to reach millennials. Megan Walsh checking Twitter for updates about the election