DEWITT, Mich. — DeWitt residents lined up at the DeWitt Township Community Center as early as 6:30 a.m. in order to vote when the doors opened at 7 a.m.

Eugena Stahl, who has worked elections in DeWitt for more than 30 years, said that despite all the hubbub surrounding this presidential race, everything was going smoothly and as planned.

“It’s going really well today,” Stahl said as she held a stack of ballots. “Everyone has been really positive and friendly so far.”

Resident Kimberly Miller enjoys voting and has made her pilgrimage to the polls ever since she turned 18. But something that happened to her for the first time earlier this afternoon made her a little uneasy.

“They asked for my ID,” Miller said. “That I questioned. I said, ‘You know people don’t have to show their ID.’ That kind of pissed me off.”

But Michigan does require identification at the polls, according to the Michigan Department of State website.

“Voters are asked to present an acceptable photo ID such as a Michigan driver’s license or identification card,” the website states. It also reassures voters that you can still vote without an ID present.

All they have to do is “sign a brief affidavit stating that they’re not in possession of a photo ID,” per the website. It goes on to state seven specific forms of identification that are valid to present at the precincts.

First-time voter and Michigan State University student Connor Cisco was asked to remove his red “Make America Great Again” hat upon walking into the polls and return it to his car.

“Apparently you can’t wear a hat in there if it says something,” Cisco said with a puzzled look on his face. “I got in trouble for that. So it is what it is.”

Despite the rules, Cisco remained excited about voting.

But not all voters remained positive. Township Clerk Diane Mosier said a person threw a tantrum today when she was told she would be unable to vote due because she didn’t register.

“99.9 percent of the people come through with no issues whatsoever,” Mosier explained. “But there’s usually that one person (who flips out) for something they simply neglected to do. But other than that one person, everything has been fine, just like we planned.” 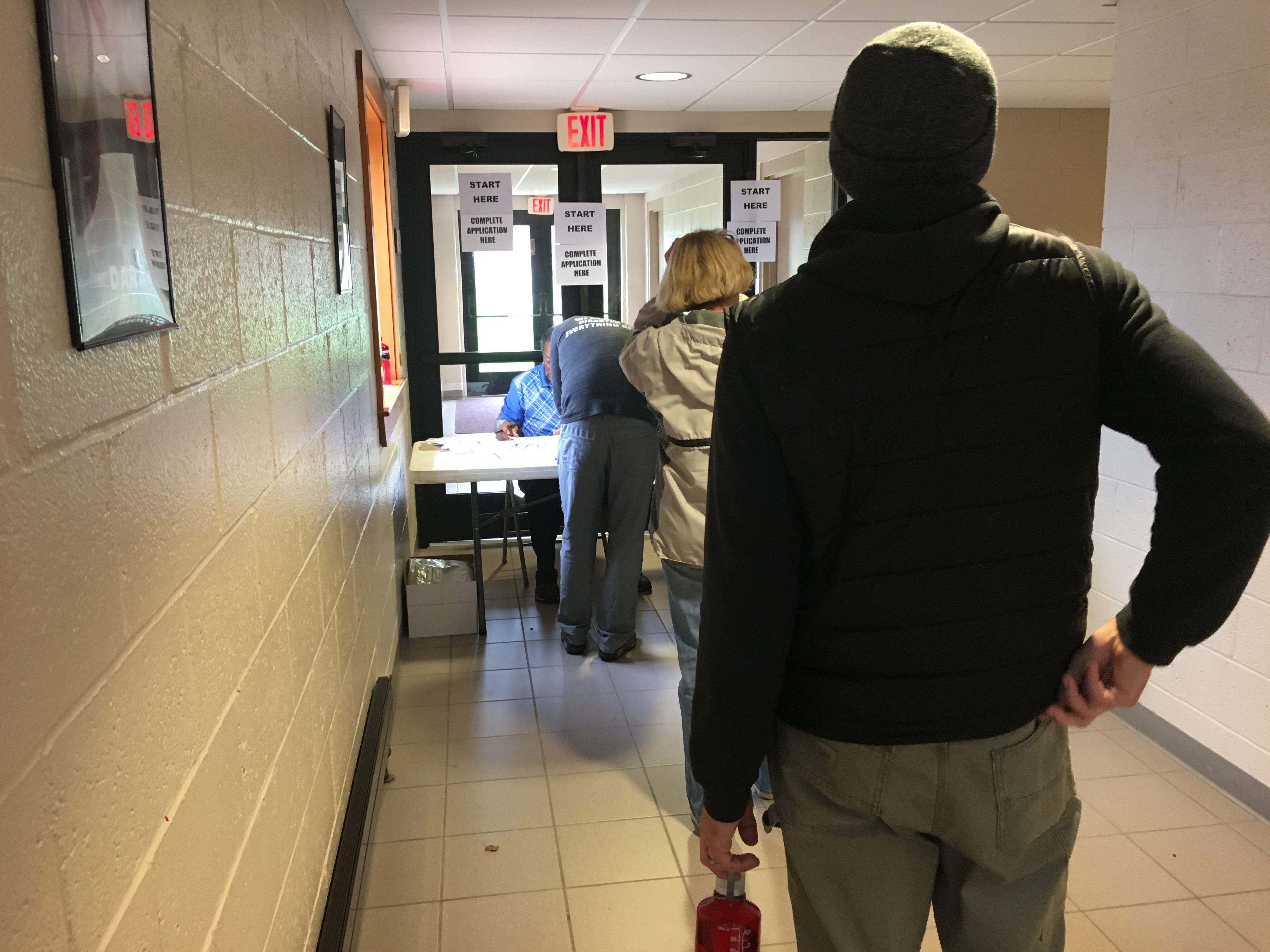 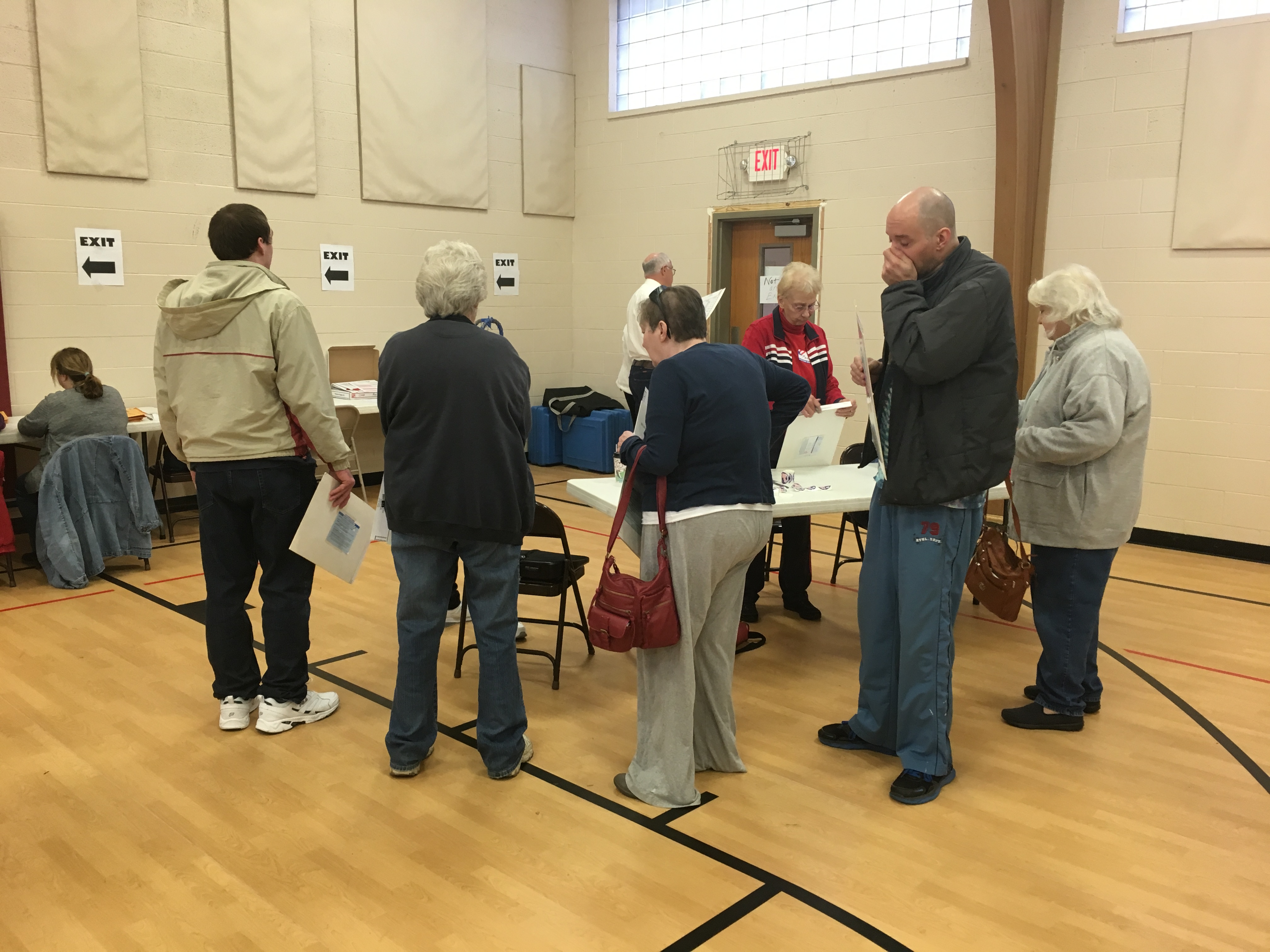 Sometimes tabulators have slight errors, which cause a back-up in the process inside the voting room, as seen here. 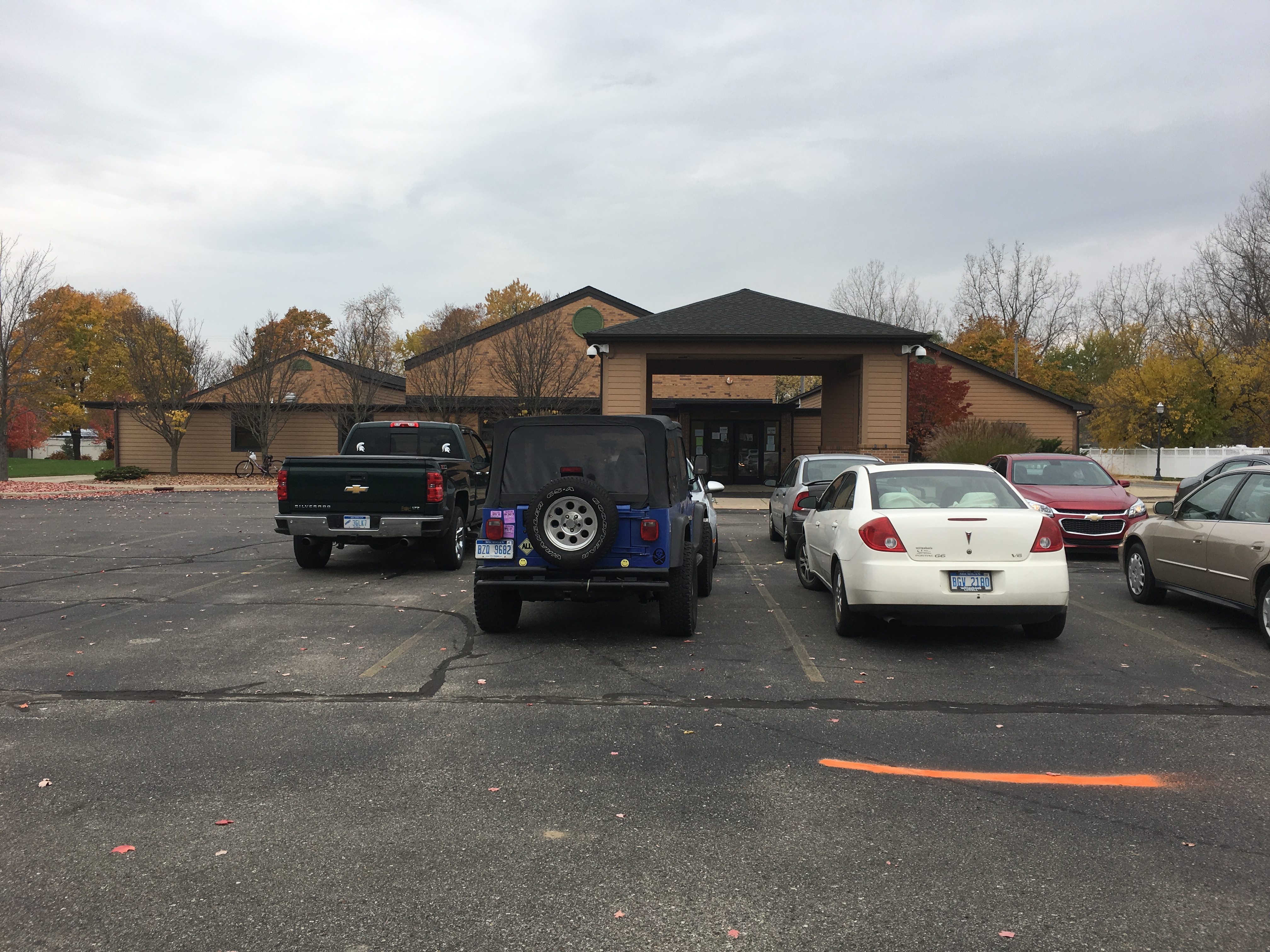 The DeWtt Township Community Center had people flowing in and out all day. The orange line marks 100 feet from the building. 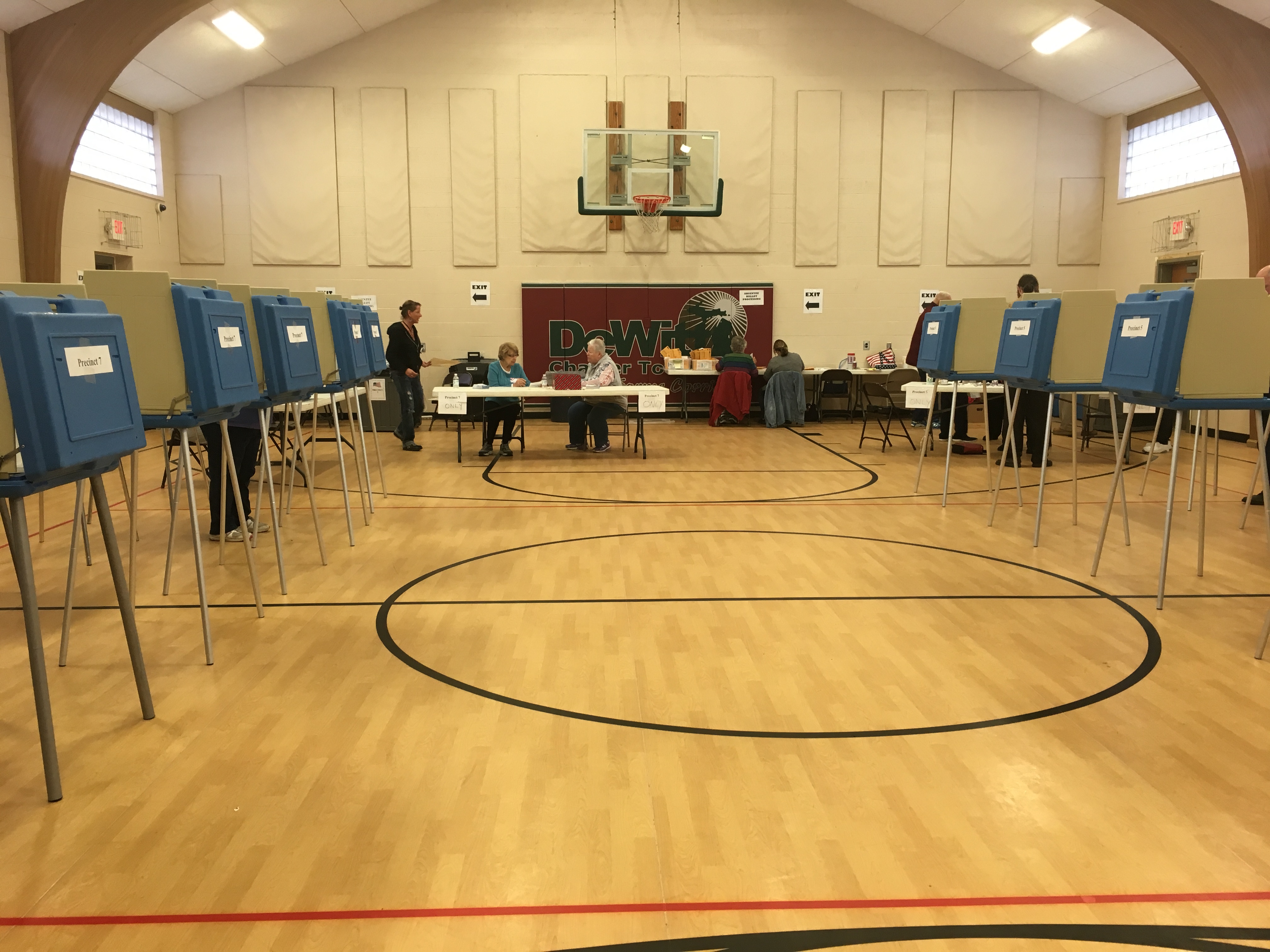 Precinct 5 and Precinct 7's voting spaces are directly across from each other, with the voters having as much privacy as they need. 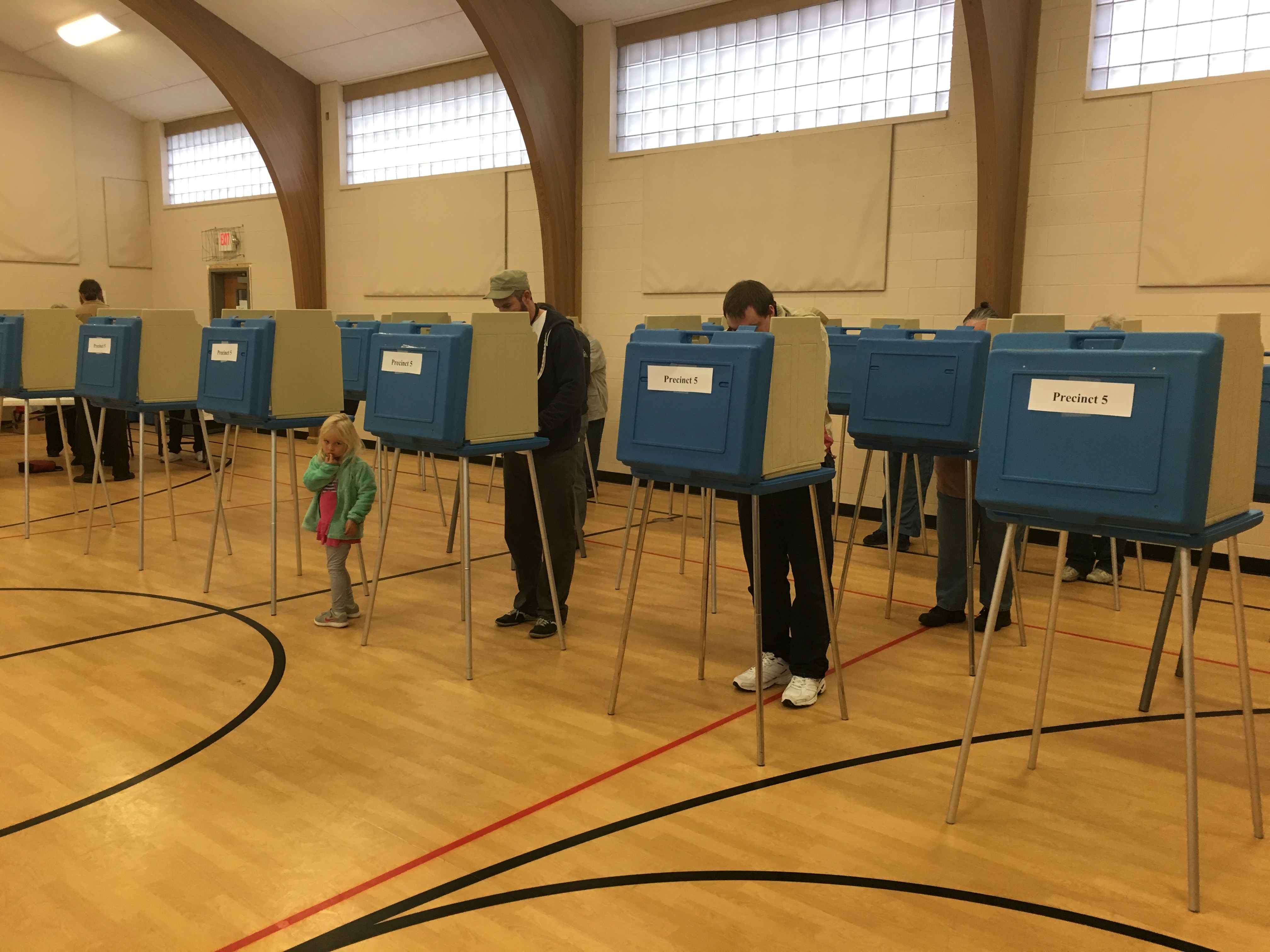 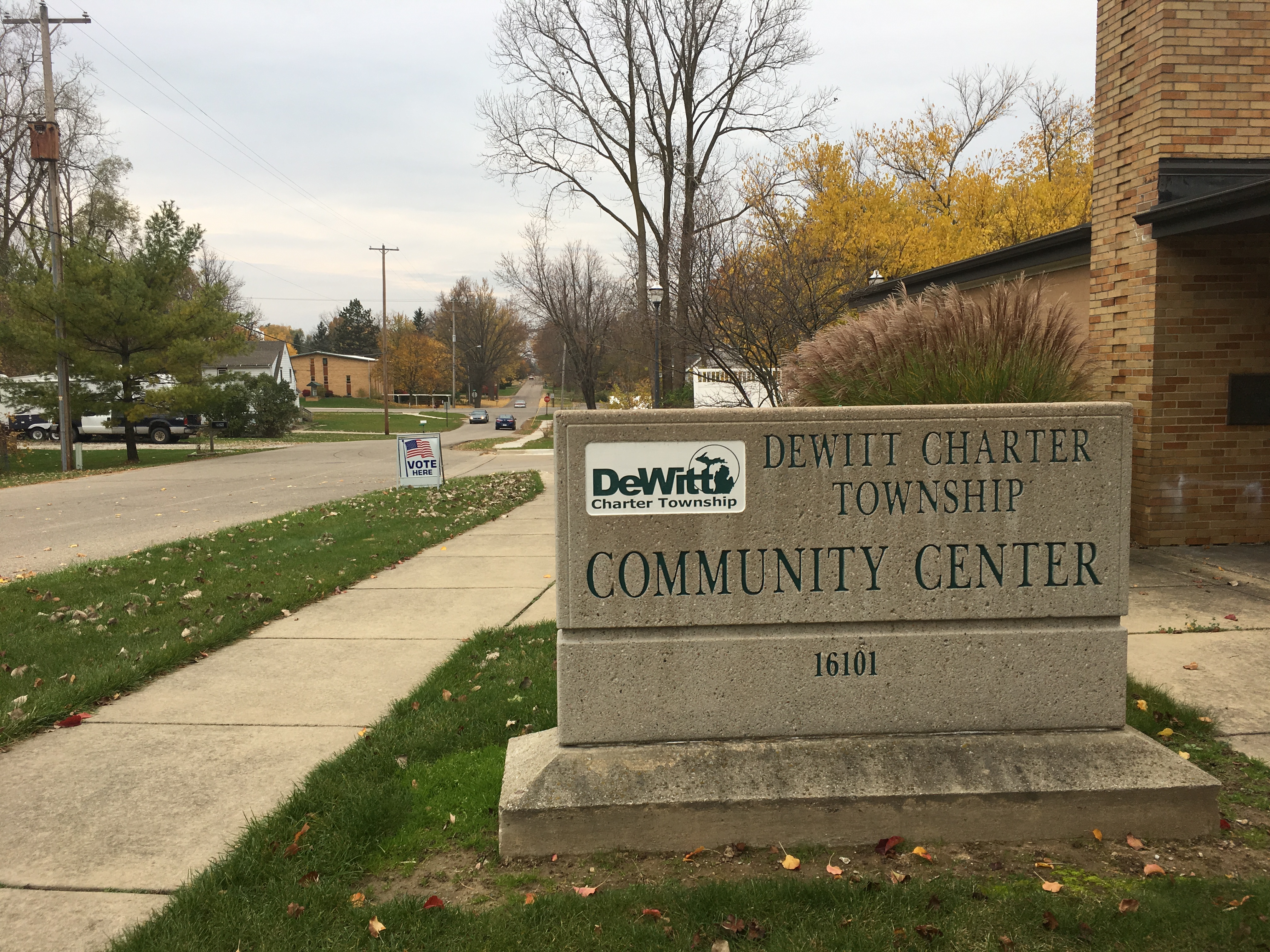 The entrance to the DeWitt Township Community Center.