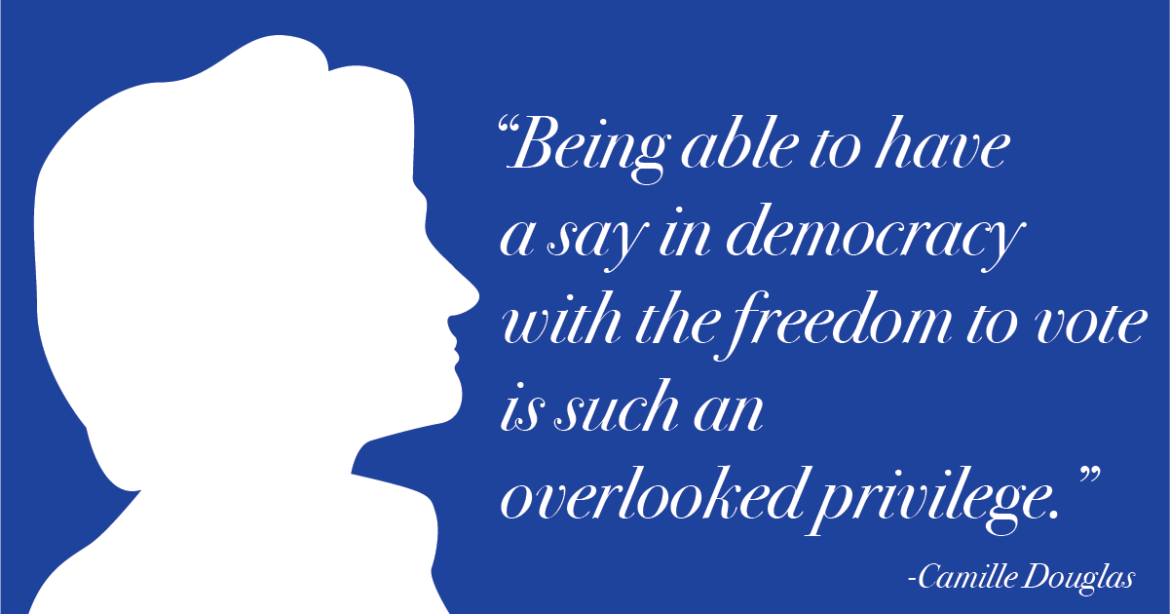 With just over a month until voters head to the polls, some are tired of unregistered Americans not taking this year’s presidential election seriously.

Mason Sitar, a chemical engineer at Michigan State University, said he understands some Millennials feeling disenchanted about the political process but said registering and voting is more important now than any other time.

“The new policies that are going to be influenced heavily by our next president are going to affect us young people more than any other voting group,” said Sitar. “This is simply because we are going to have a longer time to live with those policies. This is why it is so important to have our voices heard.”

“My friends don’t like the presidential candidates right now, so I tell them to look at the issues that they care about,” said Scott, who lives with her parents. “Young people should care about education and health care and eventually get older, and as a woman, these things are at least what’s important to me.”

Scott said she’s more involved this election compared to last because of how much one candidate, Republican nominee Donald Trump, could negatively affect her life if he was elected president. “Donald Trump doesn’t rub me the right way as an African-American female,” said Scott. “If I saw him on my campus, I would leave because I’m afraid of what he might say. Donald Trump scares me.”

While she says she’s making sure her friends register first, Scott is also working to convince people that this election isn’t the time for a third party protest vote.

“You could vote third party, but people need to understand that this election any vote not for Hillary is a vote for Trump,” said Scott.

“Being able to have a say in democracy with the freedom to vote is such an overlooked privilege,” said Douglas. “We have to remember we fought for this a very long time ago, and we have to remember people in other countries don’t have this privilege. It bugs me a lot when people say their vote doesn’t matter because yes it does a lot.” Douglas’ friend, Jenna Chapman, interrupted to remind young people that getting registered isn’t the tedious process it’s made out to be.

“It is so easy to get registered to vote now,” says Chapman. “There are so many resources to help you, and there are people who want to make it easy for you. It’s just three pieces of paper you need to fill out. All you need is your driver’s license.”

Part of East Lansing City Clerk Marie Wicks’ job is helping residents get registered and vote on Election Day. While she didn’t try to hide her disappointment, Wicks said it’s harder to get in contact with unregistered students than it used to be.

While it’s somewhat typical to have low student turnout during local elections, Spartan voting during presidential elections isn’t something to brag about either. According to 2012 Ingham County records, of the five precincts on the MSU campus, only 49 percent of those registered showed up to vote on Election Day. That’s roughly 14 percent lower than Michigan’s turnout and 10 percent lower than the national turnout in 2012.

Advertising student Eric Schwartz, 21, is tired of hearing young people’s excuses for not getting registered.