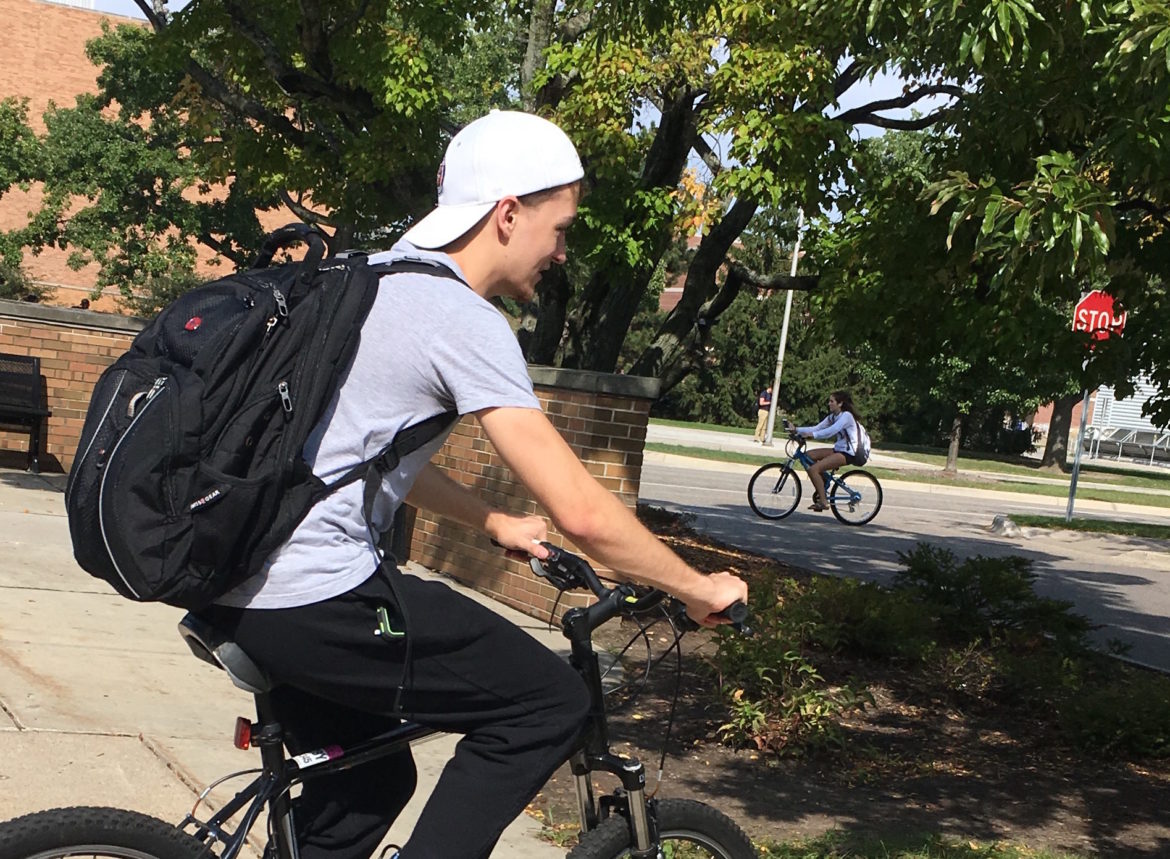 When traveling to class, students take advantage of every possible mode of transportation. Biking is one.

“I like it, I think it’s a faster way of getting around,” education freshman Heather Mcardle said. “I personally do it because I don’t want to walk to my classes. It takes way too long.”

Although biking throughout campus is a quicker way for some to get to class, it causes frustration for many students. There are bike lanes, yet many bikers continue to use the sidewalks.

“Sometimes they almost hit people and block people off. I think they should probably use bike lanes instead of the sidewalks,” computer science freshman Nick Jones said.

Several students who prefer to walk find themselves dodging bikes on the sidewalks. Some pedestrians said bikers need to use bike lanes to reduce daily chaos on the way to class.

“They don’t see that people are walking a lot and it’s kind of scary, so I’m always having to dodge bikes,” creative advertising freshman Ally Sofia said.

Sofia was even struck by a student biker.

“I was walking on the crosswalk. I had ability to go and he was making a right and just hit me. This is crazy. People need to actually watch what they’re doing,” she said.

Bikers have their own reasons for choosing not to use bike lanes.

“I don’t really use them. It’s confusing to me. I just use the sidewalks because either I can’t make a turn or I’ll feel too close to the cars,” Mcardle said.

Bikers believe riding in this street is dangerous and those who do not bike can agree.

“People don’t really want to be on the road if they don’t have to. It’s safe to be on the sidewalk. Less things that can hit you,” Jones said.

Capt. Doug Monette from the Michigan State University Police Department said, “I do feel like bike lanes are safer because it’s an area designated for bikes.”

Many student bikers have said they will continue to use the sidewalks instead of bike lanes, although it is prohibited. If the MSU Police Department does not take action, the pedestrians will continue to be frustrated during their walks to class.