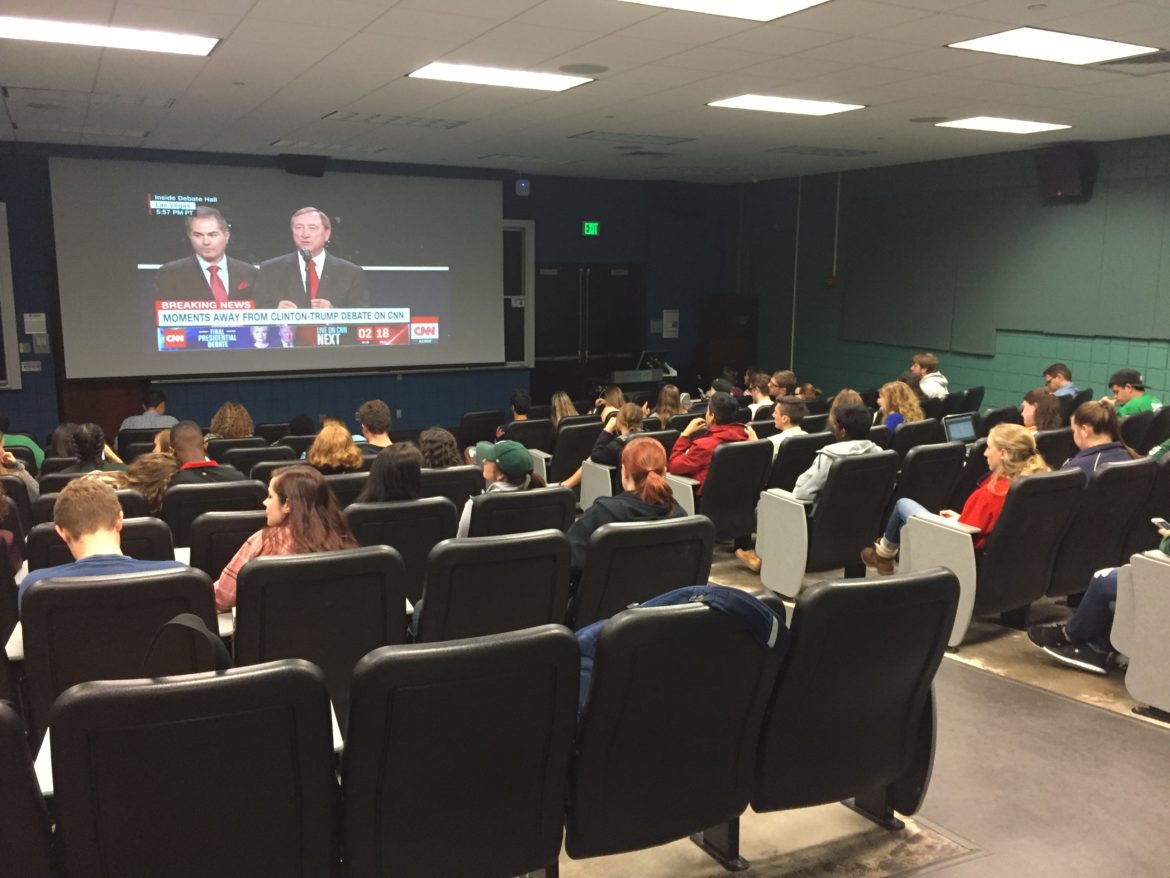 The issue of student debt was brought front and center during the third and final presidential debate this Wednesday, striking a chord with many of the students who watched the event at a viewing party in Wells Hall. Students in B122 Wells Hall tune into the presidential debate on Wednesday, Oct 19

During the debate, Secretary Clinton reinforced that she, if elected president, would work to pass a bill that would allow “families with income up to $125,000 [to] pay no tuition at in-state four-year public colleges and universities.”

Trump has stated he would work with lawmakers to reduce tuition, specifics of such a plan have yet to be unveiled.

Students voiced their fears and frustrations toward student debt, with many fearing that their debt would hold them down later in life.

“I’m just trying to pay for college… I’m in like 10,000 worth of debt right now and I’m only – I’m not even halfway through school,” Hannah Dunstan, an art education sophomore, said.

Some students like Dunstan were once supporters of Bernie Sanders and programs like National Debt Relief, who championed free tuition for all college students.

“As much as I agree [with Bernie] with the free college, I think Hillary’s plan is a little more feasible,” said Emma Milek, a social relations and policy senior.

“I do like the idea of a certain capstone. Because I believe if your family has a really high income you shouldn’t have free college. That’s why I kind of agree with Hillary Clinton on that aspect,” Milek said.

“I think that [Hillary’s Plan] should expand to households with more children,” said Patricia Freitag, a James Madison freshman. Listen to her voice her opinion in her entirety below: