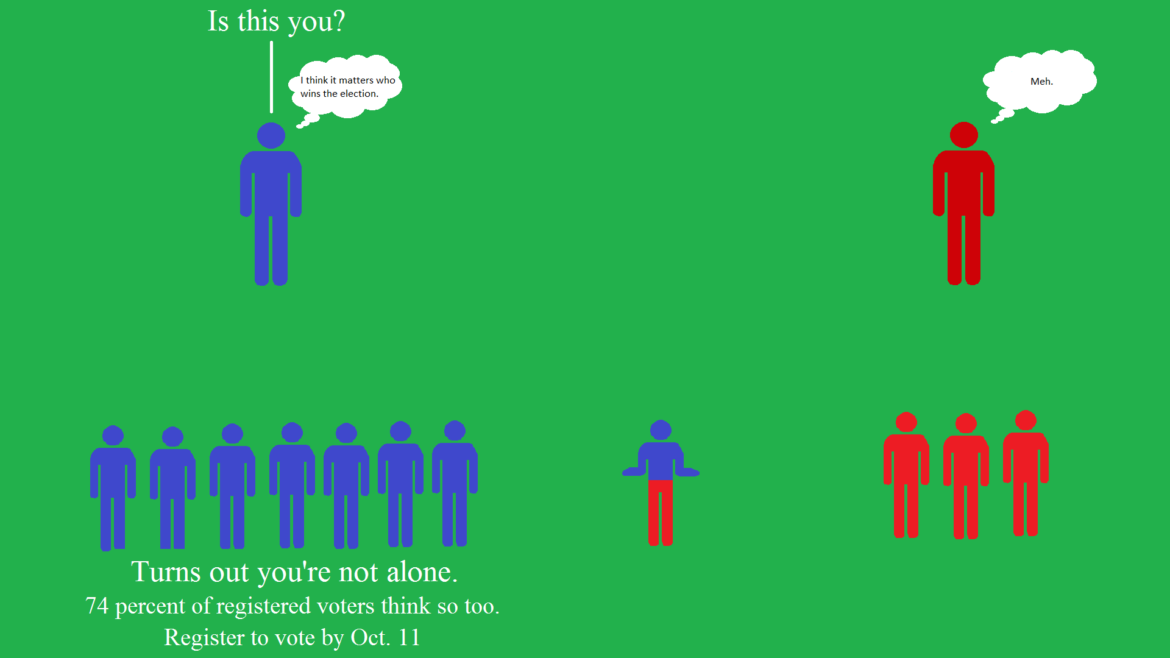 In the immediacy of procrastinated papers, 8 a.m. classes, dull reading assignments, and topped with grueling hours at work, politics can be among the first thing to slip the mind of a college student. Just one month is all that remains before the presidential elections will decide a new leader of the American people. Unregistered voters have an even shorter window, Oct. 11, to ensure that their voice can be heard on election day.

Two weeks ago, Offerman wasn’t too sure about registering to vote, concerned about the political ethics of the 2016 election. He was later convinced of the election’s importance by his girlfriend, which led him to register, explaining that it didn’t feel right sitting back and letting others decide for him. Offerman was just one of many students that is approached daily by volunteers from the Michigan Democratic Coordinated Campaign on MSU’s campus. The volunteer group’s goal is to get as many students to register to vote, regardless of their political stances.

“Everything you care about is at stake,” said Iza Graham, one such volunteer and student at MSU. “A majority of voters are older people, and we have to make sure that our voices are represented as well.”

According to Pew research, Millennials and Generation Xers combined have bypassed Baby Boomers as a majority of eligible voters. However, only 46 percent of Millennials in 2012’s presidential election voted, compared to 69 percent of Baby Boomers.

“One gentleman passed me earlier and said he didn’t want to vote this election,” said Laska Creagh, another registration volunteer. “I told him that I’m sorry he felt that way and let him go. I value and cherish our right to voice our opinion through voting, and don’t think just giving up is the right choice.”

Another Pew poll shows that satisfaction for the two major presidential candidates has fallen lower this election than it’s been in over two decades. As an alternative to either a Republican or Democratic vote, third party candidates have garnered 13 percent support among registered voters in an early October CNN/ORC poll.

“The only wasted vote is one they don’t believe in,” said Scotty Boman, political director for the Libertarian Party of Michigan.

Pew research shows that three in four of all registered voters believe that it really matters who wins the election. If you share this opinion too, it’s not too late to register to vote. To register, fill out this form and mail it to the city clerk (for East Lansing). Alternatively, many organizations, including volunteers the Michigan Democratic Coordinated Campaign on campus will help people register at places like Brody Hall and the Union.

One thought on “Deadline approaches for voter registration, make your voice heard”