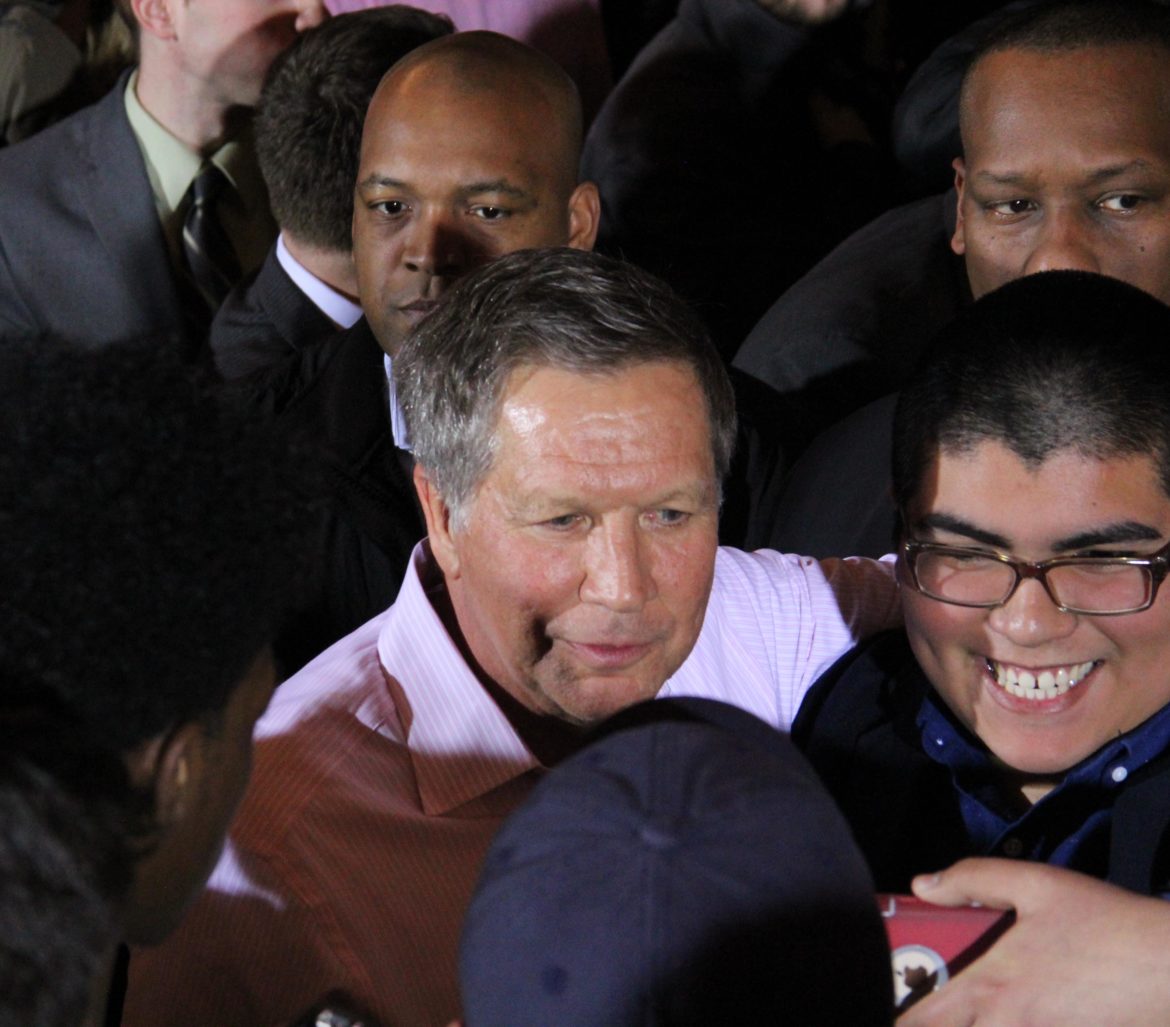 It is not often one can get so close to a candidate. Photo by Natasha Blakely.

In today’s primaries there were three winners and one loser.

Donald Trump was the big winner on the Republican side, claiming the prize of Florida from its governor, Marco Rubio, who suspended his campaign. On a smaller scale, Ohio Gov. John Kasich won his first state, his home state, keeping his chances alive as the Republican field narrowed to three. Texas Sen. Ted Cruz was contesting Trump in Missouri and was behind him in North Carolina. Cruz would need to beat Trump in Missouri to finish the day with any states. With more 99 percent of Missouri precincts in, Trump was ahead by a razor’s edge of about 2,000 votes. He eventually won by a slimmer margin. The winning candidate gets 12 delegates for carrying the state, plus a share of the remaining ones based on congressional districts. At that point in the counting, Cruz spoke, praising Rubio and saying he welcomed that camp with open arms. He also said that his candidacy, not Kasich’s, was the only one with a chance of catching Trump for the nomination.

In the Democratic contests, which award delegates proportionately, Clinton was padding her delegate lead, but faced strong challenges from Vermont Sen. Bernie Sanders in Missouri and her home state of Illinois.

When Kasich campaigned at Michigan State University, he said that he hoped Ohio’s northern neighbor would go his way. It went for Trump, instead, but Kasich won at home today.