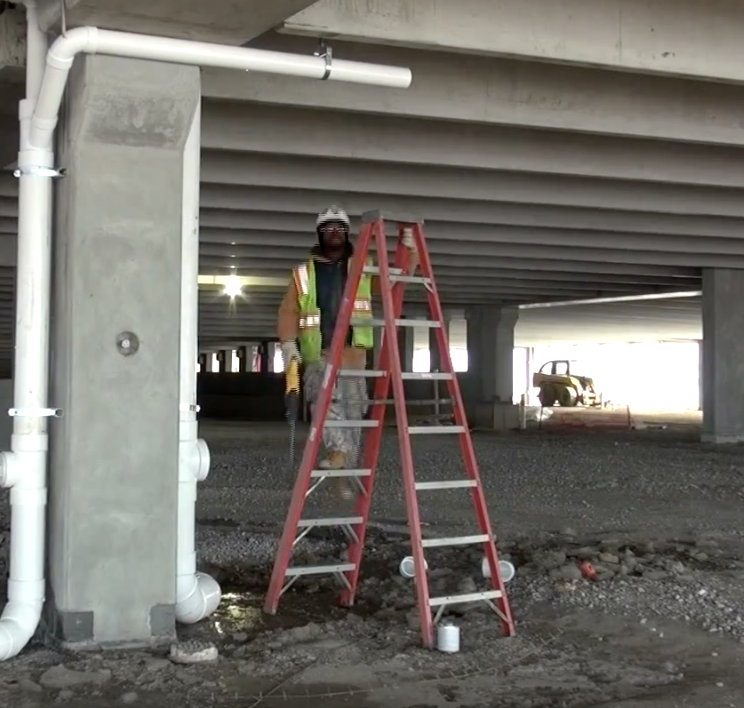 East Lansing, Mich. (Focal Point) James Francois had spent both years of his masters at Owen hall. It wasn’t for him.

“I kinda regret doing the second year at Owen,” the marketing student said in regards to living at the graduate hall, “I wish I could have gone to an apartment.”

Francois said that apartment living might have allowed him more privacy along with more space to live and study.

However,there was one big thing keeping him at Owen.

“Location is key, the closer to campus is better,” said Francois.

Michigan State Universities’s new construction project is hoping to bring together these two option, with it’s new complex the 1855 Place.

1855 Place’s future location is right across from the Breslin on Harrison st. It will house a total of 11 buildings.

1855 Place wil include a number of different apartment buildings. The $160 million project will also feature a retail shop, Starbucks and convenience store.

The complex was created is, in a way, replacing the old Spartan Village apartments, which have “outlived their usefulness,” said Kat Cooper, Director of Communications for the Residential and Housing services at MSU.

Besides housing, 1855 Place will have a number of different office buildings for RHS and MSU athletics. There will also be ticket office

Cooper explained that, in addition, Spartan Village was mostly designed for students with families, but they are seeing less of those.

Matt Miller is a Senior journalist major at Michigan State University. Originally from Fenton, Matt followed his parents to MSU and quickly got involved in Television and internet news. His interest lie in public policy and politics and specializes in electronic news. He 10548226_406626609484961_6040468394784518357_ois currently a web intern at WLNS in Lansing, Reporter and Anchor for Focal Point news and a News Director at MSU&U student news in affiliation with MSU Telecasters. Matt is trying to hoping to learn technical skill and improve his storytelling skills in Focal Point news.