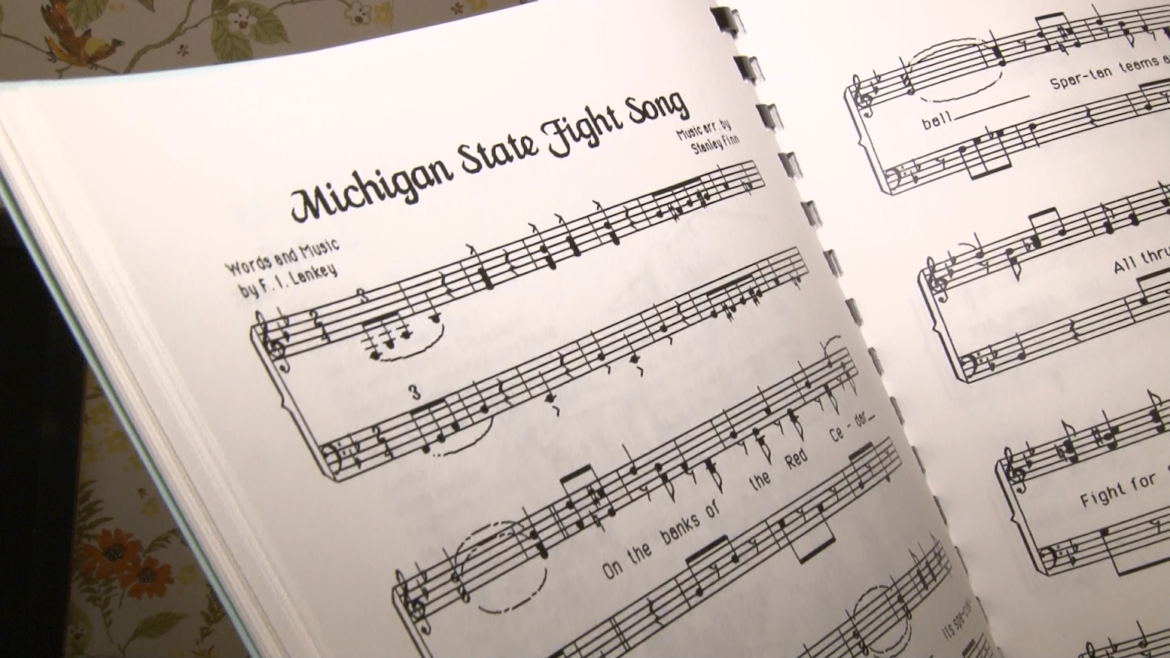 Henry Nelson was born just 8 years before its creation.

“I was in the band 1940 to 43,” Nelson said. “I’ve probably played the thing with no exaggeration at least a thousand times over the years in one unit or another.”

It’s tradition to open every marching band rehearsal by playing it.

“It’s something we all care about. It has to do with football and just our sports teams and everything which we’re all very involved with,” Senior Logan Blissett said.

100 years later, the MSU fight song finally has a name.

“If you think about the tag line of the fight song, it is clearly Victory for MSU,” said Band Director John T. Madden. “I mean it’s the powerful finish, right?”

Madden has been the marching band director for 27 years. For at least 20 years, there has been discussion about the song’s title.

Starting this season, the “MSU Fight Song” is offically called “Victory for MSU.”

“It’s pretty exciting to hear about just because the fight song means a lot to the marching band,” he said. “We’re so involved with it and we play it so often and sing it so often that it’s cool to hear us have a name.”

“MSU Fight Song? It’s always going to be the MSU Fight Song,” Madden said. “We’re never going to take the identity, but if you add this title, maybe it gives us more things to connect to.”

That connection runs deep, and has former band members like Henry Nelson still playing with the alumni band to this day.

“Everybody has a change, so giving the Michigan State Fight Song a name is a good change,” Nelson said. “No question about it.”