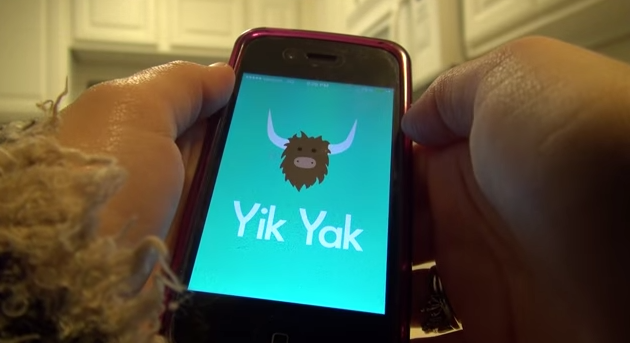 This new app allows people to post their thoughts, known as “Yaks,” anonymously.

“Some pros are that people are saying their honest opinion because they won’t be judged for their name attached to a specific message,” MSU senior Tyler Jelonek says.

It also allows users, like senior Victoria Myers, to view other people’s Yaks within a 10-mile radius.

The app is supposed to be used for fun, but Detective Lieutenant Valerie O’Brien of the MSU Police says the anonymous feature has caused some students to lash out.

“So if you put something out there thinking it’s a joke, or you’re not really serious, or you’re having a bad day, it doesn’t matter what your intent is,” O’Brien says. “It’s how people perceive that.”

One case involving the posting of an inappropriate video and another involving a possible shooting.

“The subject had posted on Yik Yak that he was going to and it had the symbol of a gun for shoot a school,” she says.

Freshman Matthew Mullen was charged with terrorism for the shooting threat.

Due to people using Yik Yak to impose threats upon the MSU community, the MSU police feel the need to monitor the app more closely.

“We hired an intelligence of crime analyst and that is part of her job to proactively look and be preventative on our own — are there threats out there are there events going on that we need to be aware of,” O’Brien says.

She says they search for keywords — shooting, bomb, gun.

“…that can alert her and that way we can be preventive and not always rely on the community to do that for us,” she says.

Although they’re taking preventative measures, O’Brien says she still encourages students to contact the MSU Police if they see something suspicious.