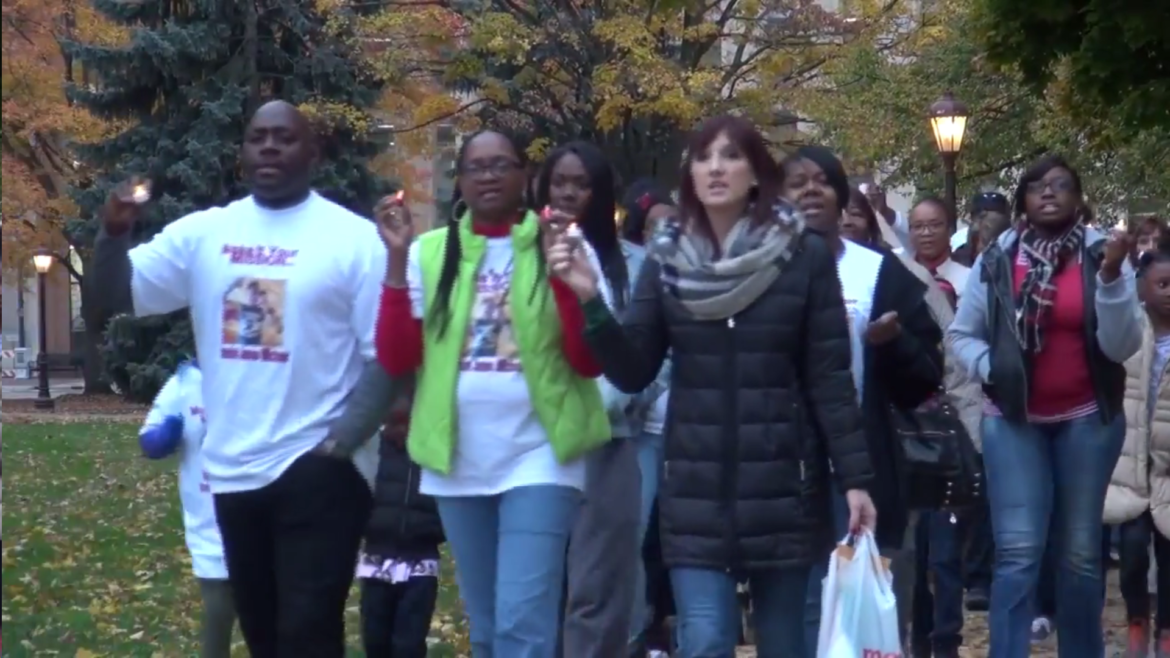 “All I know is that the guy said he heard Brandon fall into the water and he left,” said Bianca Mitchner, Brandon’s sister.

Brandon was last seen walking home with a friend near the Elm Street Bridge in Lansing, before being reported missing. Details regarding how his body ended up in the river are still under investigation.

Brandon’s parents were out of town celebrating their anniversary when they received the news that their son was missing. Upon arriving home, the terrible news of Brandon’s death was confirmed.

“We were literally walking into our room and I got the phone call that he was missing,” said Steven Mitchner Sr., Brandon’s Dad. “Somehow, I just knew.

On Friday, October 24, 2014, the Mitchner family and supporters marched from Grand Traverse Pie Company in Lansing, Brandon’s favorite restaurant, to the steps of Michigan Capitol. Where they gathered to remember and honor Brandon’s life.

“He was not planning on us having a candlelight vigil in his honor today,” said Dennis Mitchner, Brandon’s Uncle. “Gone too soon.”

The Vigil served as an initiative to get a bill passed that would require the company of someone in need of assistance to seek help.

“So let’s fight to get a bill passed, called, in Brandon’s honor: Duty to Act,” said Shirley Mitchner, Brandon’s mom.

Continually searching for answers to what happened the night their son died, the Mitchner family believes that if someone was there to call for help, Brandon may still be alive today.