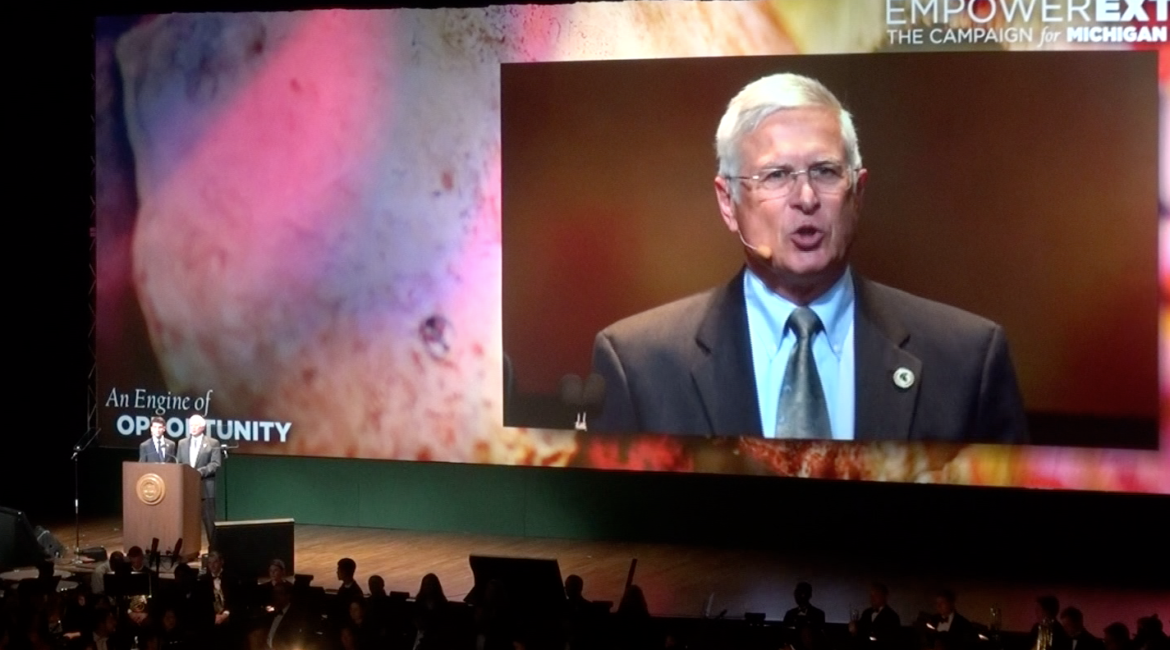 “I ain’t running for president,” says the basketball coach, “I’m here just to thank all of you for what you’ve done.”

Izzo also added a, “Go green” chant to get everyone in the audience pumped up about MSU’s encounter against the University of Michigan the next day.

Philantropist Eli Broad sent a letter announcing he was donating another $25 million to the university, this time to expand MSU’s business college.

In his letter, Broad encouraged others to follow suit.

Alumni left the event excited and eager to donate.

“I thoroughly enjoyed the performances, the testimonials from students and faculty were really interesting. Certainly reminded me of what was great about Michigan State,” says John Pendergrass, a donor and alumnus of the class of 1976.

A banner was also passed around campus all of last week and was signed by hundredths of students as a sign of appreciation and thank you for all the donations that have made this campaign possible.

“It’s really getting us motivated to raise our goals and reach newer heights,” said MSU student Deion Davis about the campaign.

The event ended with campaign co-chairs Bob Skandalaris and Dee Cook announcing that over 700 million dollars have already been donated. They also donated one more thing that ties alumni, staff, directors, current students and future students together.