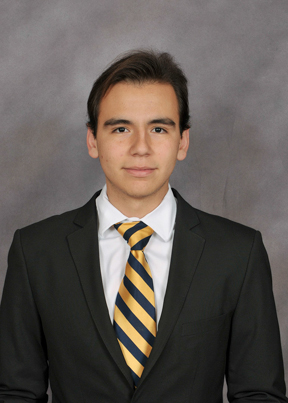 Santiago is a senior journalism student at Michigan State University that moved from Mexico to Michigan with the intention of being a  reporter or producer. His main interest is sports but he is really attracted to international and economic affairs as well.

Santiago has interned in three different countries, allowing him to showcase the three languages he knows. He worked at TV Azteca in Mexico, QKramacara Films which involved a trip to Brazil’s FIFA Confederations Cup, and most recently ESPN in Bristol, Connecticut doing production during and after the FIFA World Cup.

By the end of this semester Santiago expects to have a portfolio that showcases his reporting and researching skills. Santiago wants this class to provide him with valuable clips that employers will like.