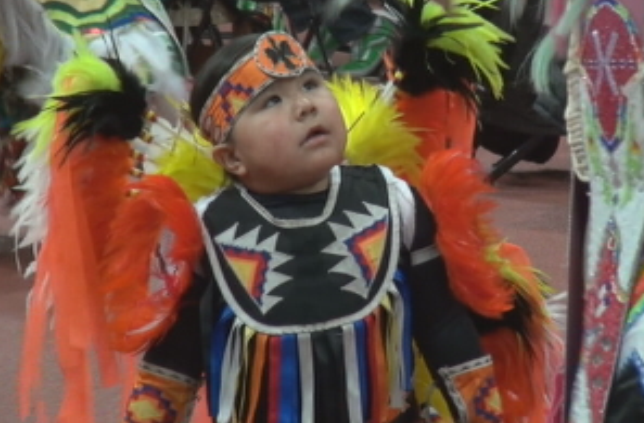 The program took place on Wednesday, Feb. 26 at 4 p.m. at the Mason Public Library.

The “Geronimo Stilton” party featured trivia from the book, cheese jokes, a newspaper scavenger hunt and a cheese taste test.

The scavenger hunt featured things such as the letter K or finding a picture of someone smiling. Newspapers were used because the main character of the series, mouse Geronimo Stilton, is a journalist at The Rodent’s Gazette.

Tracy Gonzales, mother to five boys, said her son Clement, 8, gets a laugh out of the “Geronimo Stilton” books.

Mason librarians see the most traffic during the summer, so they revamped the monthly programs from “Pizza and Pages” to series-themed parties.

“Every month, we try to do some kind of a book-themed party,” Garza said.

Past parties have focused on “Thomas the Tank Engine” stories, as well as the “Dear Dumb Diary” series.

Carla Rabey said her children, Lauren and Grant, always learn something at the library programs, and she likes that they’re free or inexpensive.

Adults can register their children for next month’s party, which has a “Percy Jackson and the Olympians” theme.