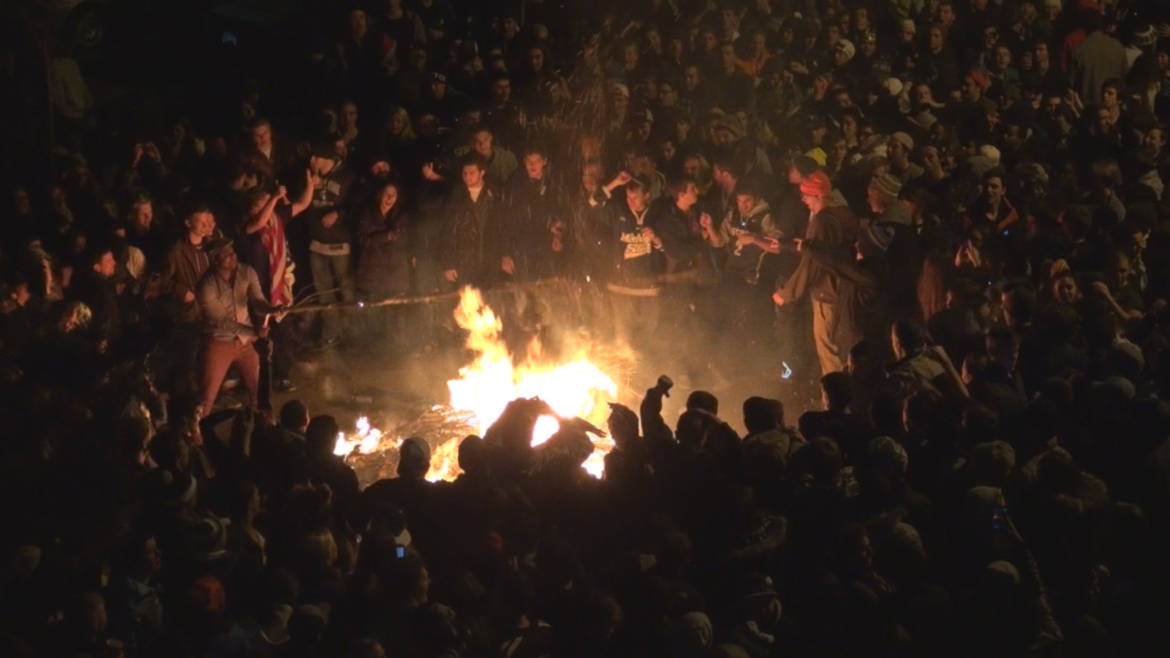 Fires were set to couches all over East Lansing, with a rowdy celebration ensuing in Cedar Village, just East of MSU’s campus. Students burned whatever they could find, including trees, the shirts off their backs, couches, and matresses. They even uprooted multiple trees and bushes to burn.

Police were on the perimeter of Cedar Village, but did not take action until Michigan State Police and SWAT teams arrived around 2:30 AM.

East Lansing Police reported that at least 57 fires were set around the city, and 15 arrests were made. Of those, 12 were confirmed to be MSU students, and one an alumnus.