By Maleah Egelston
Ingham County staff writer
Humans and dogs dressed in costumes and raced through Michigan State University’s campus to raise money for the Ingham County Animal Shelter on Oct. 20. The 11th annual Canine Cruise 5k race was put on by the Omega Tau Sigma veterinary fraternity.
Along with The 5k race, the event included a costume contest for dogs and their owners. The winner of the costume contest was a Chihuahua dressed as a can of beer.
Jamie McAloon Lampman, director of the animal shelter, said that fundraising events like this are crucial to the shelter’s funding because tax money covers a small portion of its budget. The costs of things like pet food, toys and community outreach programs must be funded through donations and special events.

“Money from these events goes directly to the heart of the issue by ensuring a high quality of life for our pets,” McAloon Lampman said.
The event raised $2,780 for the animal shelter, said Robert Parkins, president of Omega Tau Sigma. More than 100 racers and 50 dogs participated.
MSU student Sydney Burke, who volunteered at the event, said the Canine Cruise is one of the shelter’s favorite fundraisers.

“We had an awesome turnout this year, I’d definitely say it was a success.” Burke said. “It was fun seeing all the dogs and their owners dressed up and supporting the shelter.” 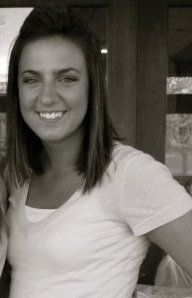