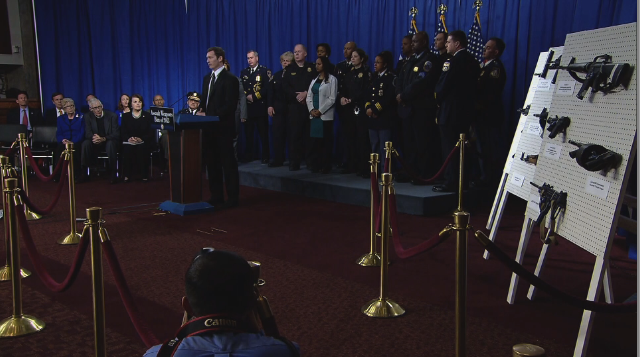 The future of gun control in America is currently a blurry picture.

Proponents of new legislation are pushing for a reinstatement of the assault weapons ban, as well as a ban on high capacity ammunition magazines. There is also a push for universal background checks. Meanwhile, gun rights advocates are pushing back and insisting that no new gun legislation will stop criminals from committing crimes. The only thing both sides can seem to agree on is the need for further mental health studies for a potential gun purchaser.

“You know, this industry is probably the most regulated industry, bar none,” said Evanoff-Joseph. “There isn’t one firearm that goes out of this establishment that hasn’t had the proper check done on it. We adhere to every rule and regulation, and I would say that the majority of federal firearms licensees do so, because without that license their livelihood is jeopardized.”

With new legislation being considered, the arms industry has seen a surge in business.

“With the idea that the sporting rifles are going to be banned, that has been a big market,” said Evanoff-Joseph.

People on both sides of the issue — near and far — are waiting to see that blurry picture come back into focus.