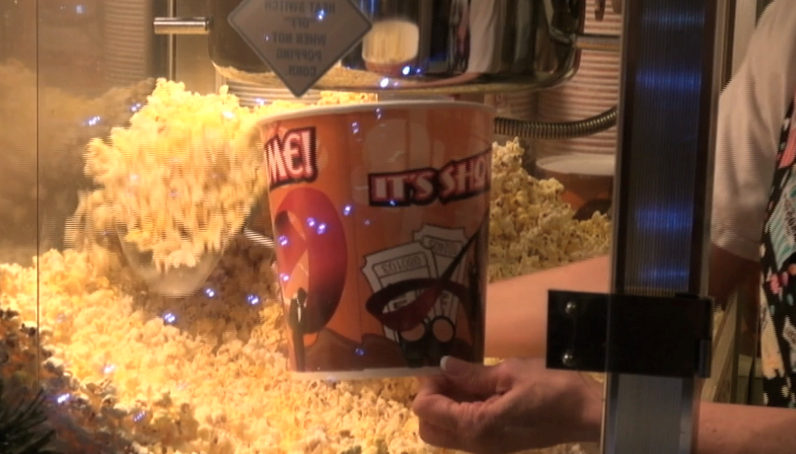 The Sun Theater in Williamston, is a popular place for a night out with the family… but right now, they are reaching out to the community to find some extra funds to continue showing those movies.

With popcorn starting at 25 cents, and movie tickets at four dollars, it’s a perfect night out for many Williamston Residents.

“I think it’s the best deal as far as theater, going around, I can’t stand paying the exorbitant rates for concessions at other places, and it’s just a nice theater to come and see a movie.” said Wilaimston resident, William Nowland.

The Sun Theater is a family-owned business that tries to hold on to that old-time feel of a night at the movies.

Sun Theater Manager, Stacy Warner said, “The atmosphere when you walk in, it’s sort of like walking back in time, it’s not the multiplex.”

Sun theater owner, Lisa Robitalle, says she loves getting to know her customers.

“It’s just nice being here, you get all the regulars that come in all the time, get to know them, they know all of us, just kind of like a big family.” said Lisa.

Now with everything going digital, they’re going to have to find a new way to keep up with the technology. Lisa and her family are looking to their ‘big family’ of customers, to help raise funds to make the digital transition.

“We’re just kind of being proactive by looking ahead and if we don’t raise the funds through our fundraiser, our online fundrasier, we’ve had people step up and say that they would like to do fundraisers for us.” said Lisa.

To help “Save the Sun” you can donate here.