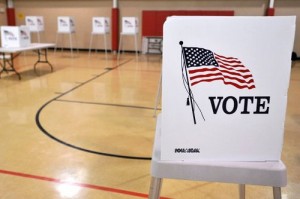 A non-profit conservation group lists nine candidates from the Great Lakes region among the 2012 politicians it says hinders environmental legislation.

The two “Dirty Dozen” lists identify 12 federal and 12 state-level candidates that the League of Conservation voters say have the worst environmental records in close races around the country. The nation-wide group works toward environment-friendly public policies.

A third of the candidates the league identified are running in the Great Lakes states. The lists are created with the help of more than 30 similar groups at the state level.

“There are a couple of legislators in competitive races that we’ve targeted that have a bad track record of being anti-environmental,” said Molly Pederson, political director at Conservation Minnesota, an organization associated with the league.

There are three state-level “Dirty Dozen” candidates in the Great Lakes region in Tuesday’s election: Assemblyman Sean Hanna, R-Mendon, from New York; Rep. Keith Downey, R-Edina, from Minnesota and Rep. Ray Franz, R-Onekama, from Michigan. A fourth, Gov. Scott Walker of Wisconsin, was targeted by the league a month before his recall election in June 2012, which he survived.

If Franz were to win in the upcoming election it would “shine Michigan in a very poor light,” said Ryan Werder, political and campaigns director for the Michigan League of Conservation Voters.

“We’d be giving one of the worst conservation legislators in the country another two years.”

Franz voted against increasing the funding of Pure Michigan, a campaign that promotes tourism through Michigan’s state parks and wildlife, Werder said.

He also introduced a bill to repeal the existing renewable energy standards in Michigan.

Four percent of all manufacturing jobs are alternate energy production jobs, according to the Michigan Manufacturers Association.

“We have 9 percent unemployment in Michigan and can’t afford to lose those jobs,” said O’Shea.

O’Shea’s supporters are the Sierra Club and Michigan League of Conservation Voters. Franz is endorsed by the National Rifle Association.

Hanna and Ted O’Brien, Democratic minority leader of the Monroe County Legislature in New York, both seek the open position of state senator, a race with a key environmental impact, according to state league officials.

The New York League of Conservation Voter’s political action committee sent out two mailers and is preparing a television commercial, for what it considers a priority race, said Dan Hendrick, the New York League’s communication director.

There are significant differences in the candidates’ environmental positions.

O’Brien sponsored a piece of Monroe County legislation that set a goal requiring the county to purchase 25 percent of renewable energy from renewable sources by 2012. Hanna voted against joining nine other states in a regional initiative to reduce greenhouse gases produced by power plants.

Hanna also voted against a pro-recycling bill. But, his sponsorship of a bill that would roll back New York’s pesticide laws, which are stronger than federal standards, is drawing most of his opponent’s criticism.

“Hanna is literally leading the charge here,” Hendrick said, “These are pesticides that directly affect the health of the public and of ecosystems.”

“I am determined to protect New York families from dangerous toxins and safeguard the state’s Environmental Protection Fund, an invaluable tool for cleaning up our communities and creating economic development opportunities,” he said.

Hanna was the regional commissioner for New York’s Department of Environmental Conservation, and has called himself an environmentalist while speaking on air pollution issues.

However, he has been repeatedly blasted as a climate change skeptic both by the league and Ted O’Brien’s campaign.

Downey, a Republican for Edina who is on the leagues’ Dirty Dozen, is running for a state senate seat in his district near Minneapolis. His opponent is Melisa Franzen, a Democrat and lawyer for Target Corp., and a first-time candidate for public office.

“The race is right on the razor’s edge,” said Sarah Duevel, campaign manager for Franzen.

Throughout his four years in office, Downey voted for multiple anti-environmental bills and against most of the proposed legislation to promote conservation, Pederson said.

This year he voted to privatize small lakes in Minnesota, against a ban on formaldehyde in children’s toys and to open up more of the Superior National Forest to clear-cut logging and mining operations, she said.

He also voted against a bill to ban the sale of children’s products with Bisphenol A, often known as BPA, in 2009, despite the bill’s overwhelming bipartisan support, Pederson said. BPA is a chemical found in hard plastics and in some food and drink products that can interfere with peoples’ hormones and cause health problems at high intake levels.

“He has never been afraid to buck the governor or buck his party,” said Pederson. “He still kind of falls to the right of the party.”

Downey was elected to the Minnesota state house in 2008 and was reelected in 2010.

“Minnesota prides itself as being the land of 10,000 lakes,” said Franzen. “When the opponent that I’m running against votes to privatize small lakes so that the lakes would be exempt from clean water standards, that’s frankly irresponsible.”

Franzen said she believes a better way to promote both business and environmental welfare is by streamlining regulations to encourage green entrepreneurs.

“One of Downey’s big proposals is to cut state budgets by 15 percent in every department across the board,” said Duevel. That would definitely decrease state-level environmental regulations, she said.

Benishek has called climate change a “scheme” and “baloney,” according to the League of Conservation Voters website.

After a recent Alpena, Mich. debate with Benishek, green party candidate Ellis Boal said he is disturbed at Benishek’s unresponsiveness when asked about climate change.

Benishek is running for reelection in Michigan’s first district against Boal and Democrat Gary McDowell.

Although Benishek, Buerkle, and Walsh were added to the “Dirty Dozen” and “Flat Five” lists for either denying or disbelieving climate change and global warming, Mandel and Holden were added for different reasons.

The league says that Mandel, the Ohio state treasurer running for a Republican seat in the senate, was added for receiving campaign funds from big oil companies and for consistently opposing clean energy programs.

Holden, who ran for reelection in Pennsylvania’s 17th district and fell in the primaries earlier this year, was added for supporting tax breaks to Big Oil.

Although the national League of Conservation Voters organization maintains the “Dirty Dozen” and “Flat Five” listings, many of the state-level groups use the lists in their decisions and judgment.

“When (Benishek) is named on the Flat Earth Five, it means he’s one of the worst in the country on these issues,” said Drew YoungeDyke, policy and communications specialist for the Michigan League of Conservation voters.

The role of climate change coverage in that election was recently analyzed by Columbia Journalism Review.

YoungeDyke, who is from northern Michigan which is represented by Benishek, said the people there value fishing, hunting or farming.

“It’s unfortunate in the past two years (northern Michiganders) have had a representative who doesn’t share that same investment in natural resources,” he said.